If you happened to miss it in the flurry of summer showcases, there's a new battle royale on the block. Spellbreak ditches firearms in favor of spellcasting mages who can all dual wield magical gauntlets that blend the elements in colorful combos. The battlemage royale launched a duos mode today to go along with its current solos or squads of three options. Proletariat also participated in a PAX panel over the weekend digging into the history of the game's development from melee viking royale to the explosive mage battleground. Forewarning: there be bears.

As ya do with battle royale games, Spellbreak tosses you on a map where you'll fight it out against other players to be the last mage standing. Each player chooses an elemental class, gaining more combat skills as the match progresses. A shrinking safe zone surrounded by the Spellstorm forces players closer together all while they search for better gear stashed around the map. Pretty familiar, then, except everyone's basically Avatar Aang hurling elements at one another.

Spellbreak launched on September 3rd with just one play mode for squads of three mages to battle against other teams. A solos mode was added next and duos has gone live today. Personally, teams of two tends to be my favorite format for battle royale games. Larger squads get a bit hectic—even moreso when everyone's hurling magic spells, I imagine—and solos is a bit too solitary. I just like being able to bring one talented friend along who might be able to carry me to victory. I admit it. Thanks, Spellbreak.

By the by, Proletariat have also done a panel for this year's online PAX to talk about the history of the game's development.

Of all things, apparently Spellbreak started out as a melee-only battle royale called Ragnarok about beefy viking dudes. It turned out that a melee battle royale with Dark Souls-inspired combat just never came together the way Proletariat wanted. They highlight all sorts of issues that the team ran into with trying to make the melee royale work, from balancing the technical combat to encouraging players to actually fight instead of just outrun enemies forever.

Another feature that never quite made it into early Ragnarok was vehicles. Ah, vikings with vehicles. What kind of sense does that make, right? Well, their vehicles were bears, obviously. I'll attempt to contain my sobbing about the loss of a possible bear-mounted battle royale. You do have to see the concept art for it though. C'mon, Proletariat. Battlemages could maybe ride bears still, right? 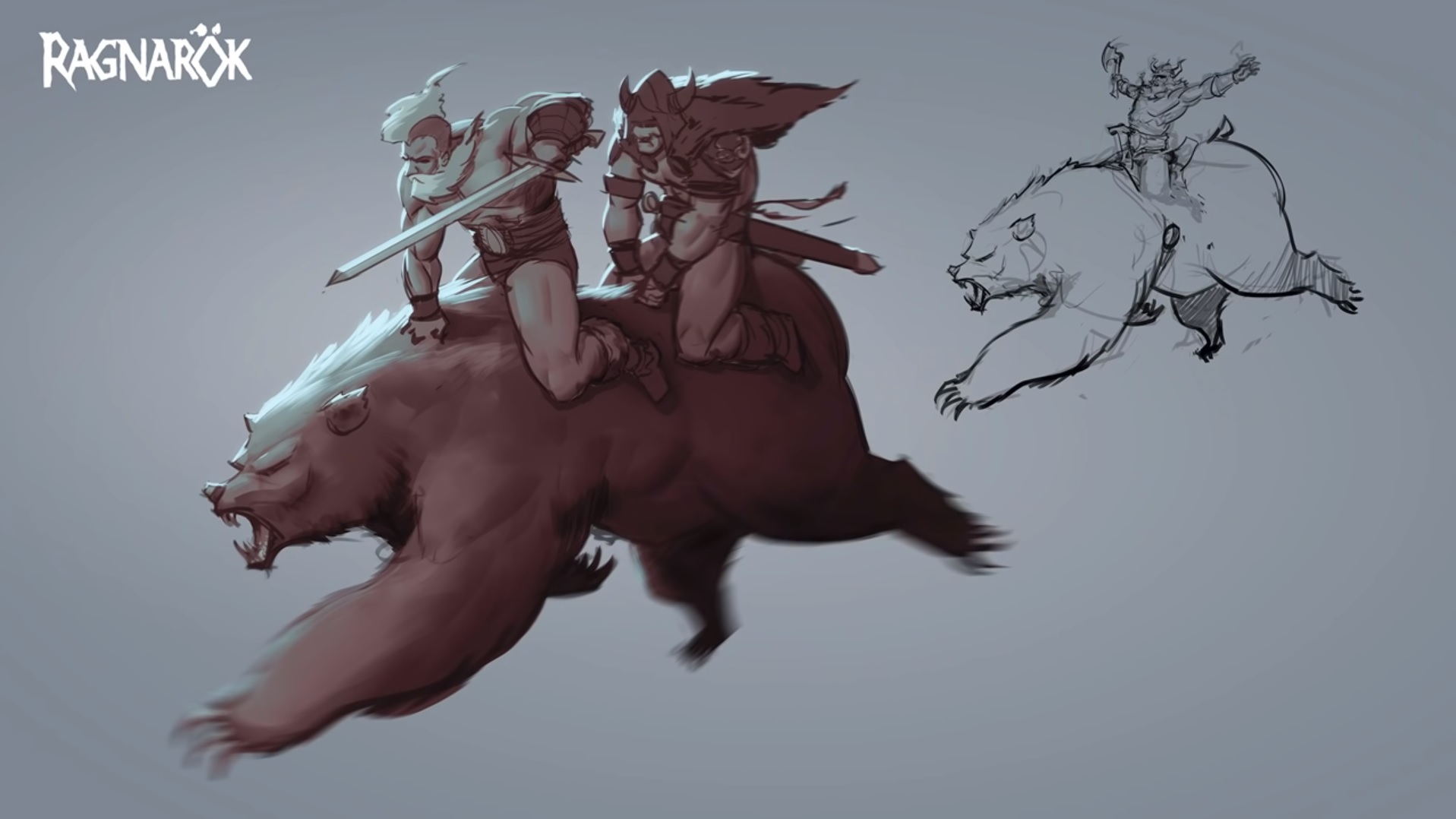 As for what's yet to come for Spellbreak, you can find some more details in Proletariat's recent update post. Duos mode is live now as planned. As with almost any online multiplayer game, Spellbreak contending with cheaters, a "fair number" of whom have been banned already, they say. Proletariat also mention working on gameplay changes to even the playing field between elemental classes and controlling some of the chaos in the final moments of the game when the Spellstorm has reached its smallest point. They say they plan to publish a proper roadmap detailing upcoming changes to Spellbreak in the next few months.

You can download Spellbreak for free on the Epic Games Store. It supports multiplayer with other platforms, so you can squad or duo up with your pals who are playing on the Nintendo Switch, PS4, and Xbox One versions.