If you click on a link and make a purchase we may receive a small commission. Read our editorial policy.
Developer: Harebrained Schemes
Publisher: Paradox Interactive

Flashpoint, the first expansion for wonkily-explained, slow-burn stomp-o-strategy gem BattleTech, does exactly what I wanted it to: gives me a cast-iron reason to keep playing indefinitely.

There's an inherent mutedness to Flashpoint, from the easily-forgotten name onwards. But this is BattleTech, in fairness. For all that it stars 100-ton mechs knocking seven bells out of each other, it avoids flash and verve and, frankly, most of the colour spectrum. Mud-brown stoicism: that's BattleTech.

Where an XCOM or Command & Conquer expansion invariably involves springing ever-more outlandish new units onto the battlefield, the wildest Flashpoint gets in that regard is a new Mech with an axe for a hand. I mean, it looks pretty much the same as a dozen other Mechs, but you can sort of see there's an axe there if you zoom in close enough. Unfortunately, said axe does not, in truth, rend steel like a hot, cow-sized knife through 50-storey butter, but instead just deals a chunk more melee damage.

The Hatchetman is, however, extremely, extremely useful if you know what you're doing. Same goes for the other two newbies, the Crab and the Cyclops; there's almost nothing to seize upon in terms of breathless celebration, but they make for solid additions to the right kind of squad. C'est BattleTech. 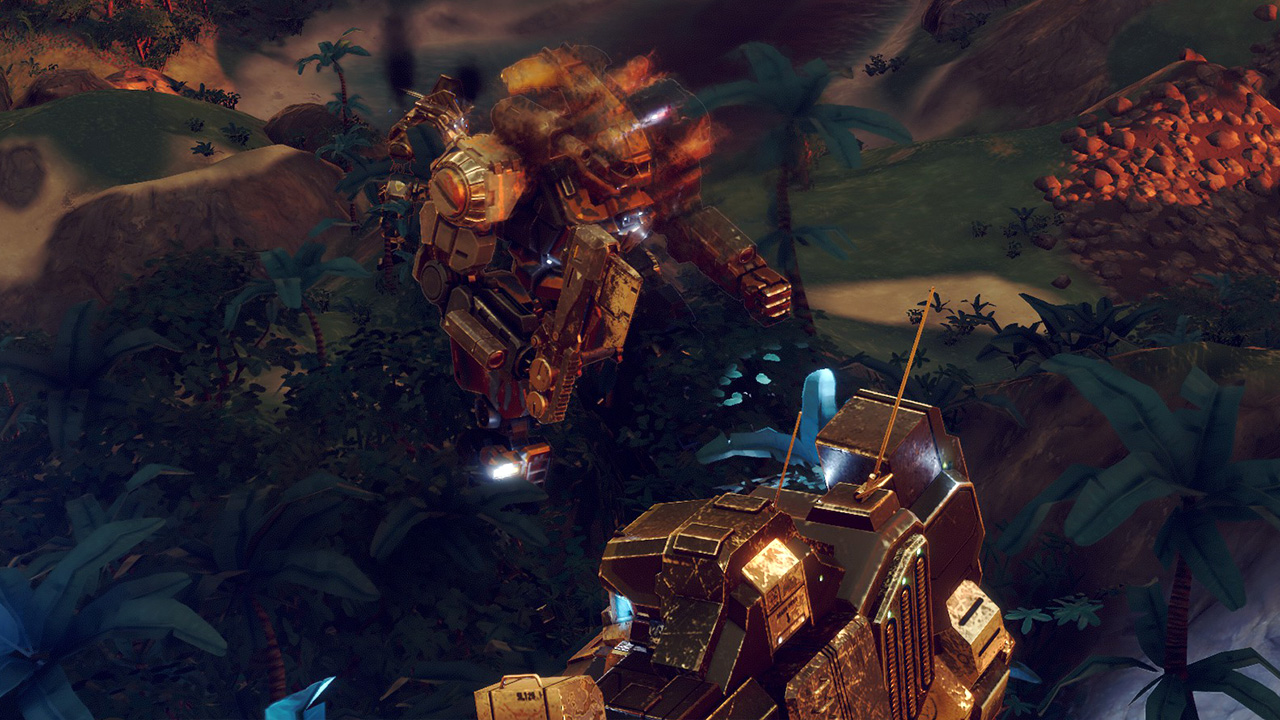 What BattleTech needed, far more than a few more robo-tanks, was remixing. The verbose story mode has its moments, but especially second (or more) time around it can be a drag - particularly because your supposedly freelance mercenary troupe is locked into doing the bidding of unelected royalty, rather than truly going their own way. The post-plot endgame shakes off these shackles, but soon becomes a futile-feeling loop of cyclic, samey missions.

Flashpoint fixes that handily. Flashpoint makes me feel like the leader of a freelance, spacefaring mercenary outfit, and that fits BattleTech like an enormous iron glove. There are several ways to wade into the titular Flashpoints - short strings of missions, each with their own self-contained but more impactful plot, characters and decisions - but for me they've made most sense in the endgame. 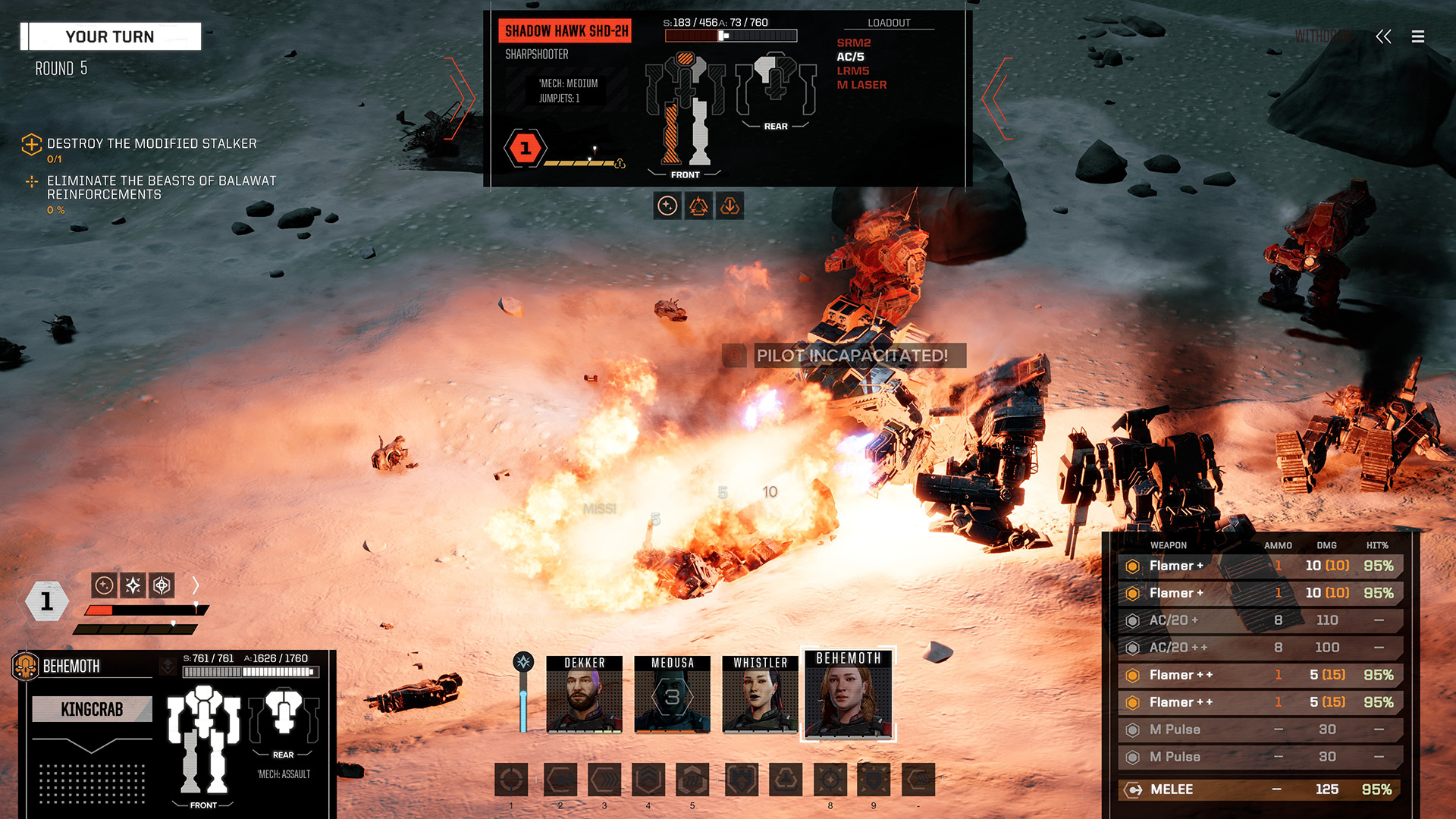 I'm by now very attached to my high-level pilots and assortment of Very Big Lads, so starting over with weaklings and the slow wars of attrition that would mean hasn't much appealed. But now I get to take my Very Big Lads off on new mini-adventures, with the dual benefits of stories that click better thanks to brevity (world-building through wading into character-led conflicts rather than history lessons) and a brand new structure to justify the ongoing Gotta Salvage 'Em All metagame.

Taking on a Flashpoint - optional missions which pop up irregularly on the starmap - means settling down for a chain of battles, in which you generally cannot repair damaged Mechs or heal wounded Mechwarriors between bouts. If you've got a lengthy roster of Very Big Lads this isn't necessarily a huge problem, but it definitely serves to ratchet up the tension and stop the next mission feeling quite so run of the mill. 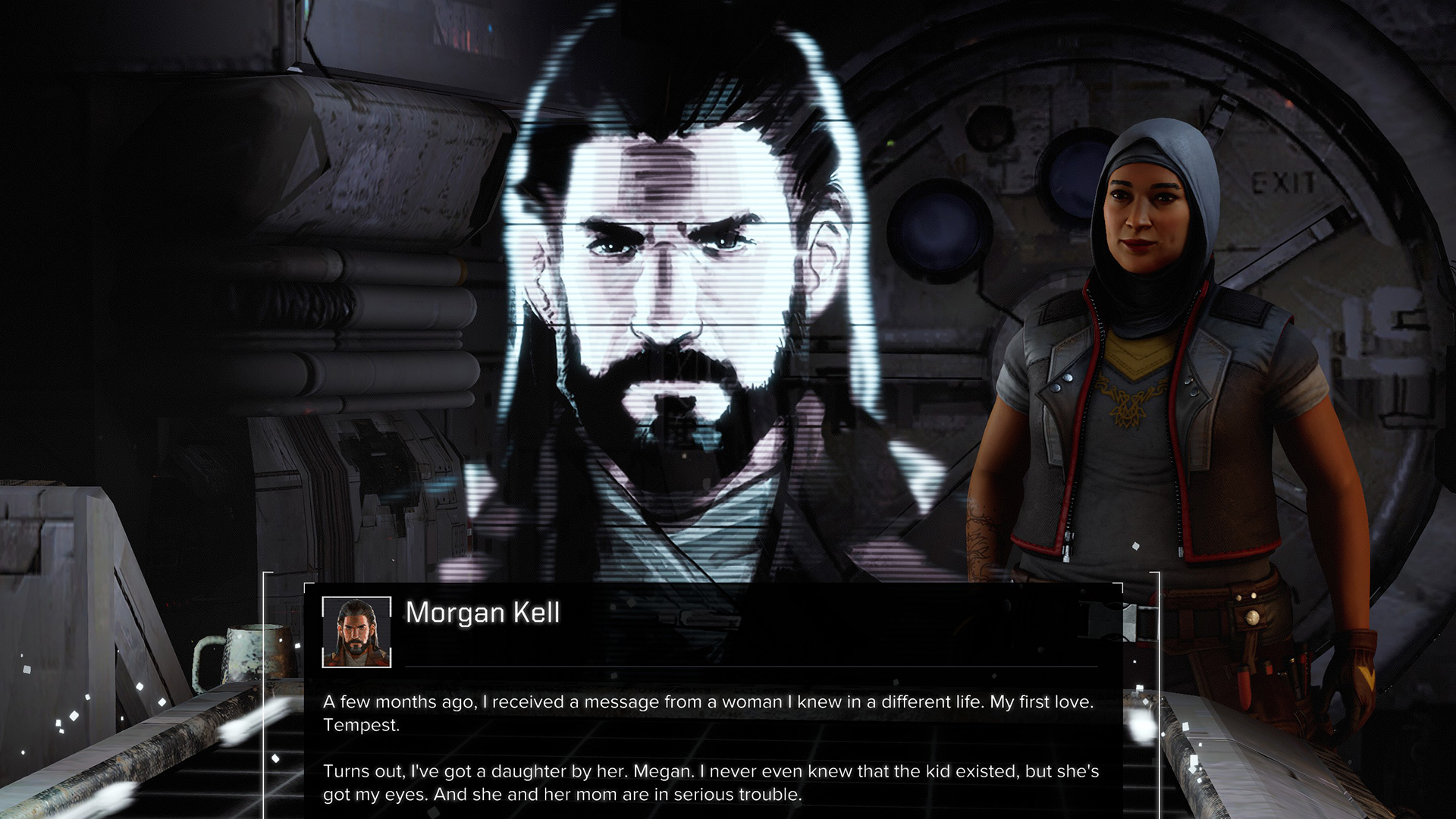 The stories, meanwhile, offer a few on-the-spot decisions, such as whether to try and second-guess an ambush, or to listen to the words of a prisoner you've been sternly warned not to listen to the words of. This does take the edge off seeing what are the same few mission types (eradicate/survive/escort) on the same few types of planet (though we do get a new, typically muted 'tropical' biome).

These latter are what I most want to see mixed-up in future DLC, but for now a Flashpoint adds both a new sense of purpose and the satisfaction of some really big rewards if you complete the whole thing. It also subtly transforms the nature of long-term Battletech play. Where before I might come back after a couple of months off, play a mission or two until I got a new Mech, now I get a much deeper sense of completion from an evening or two back with my 'lance. 'I saved Brian Bandit-King from those other bandits!' is inherently more meaningful than 'I got a new thing!' 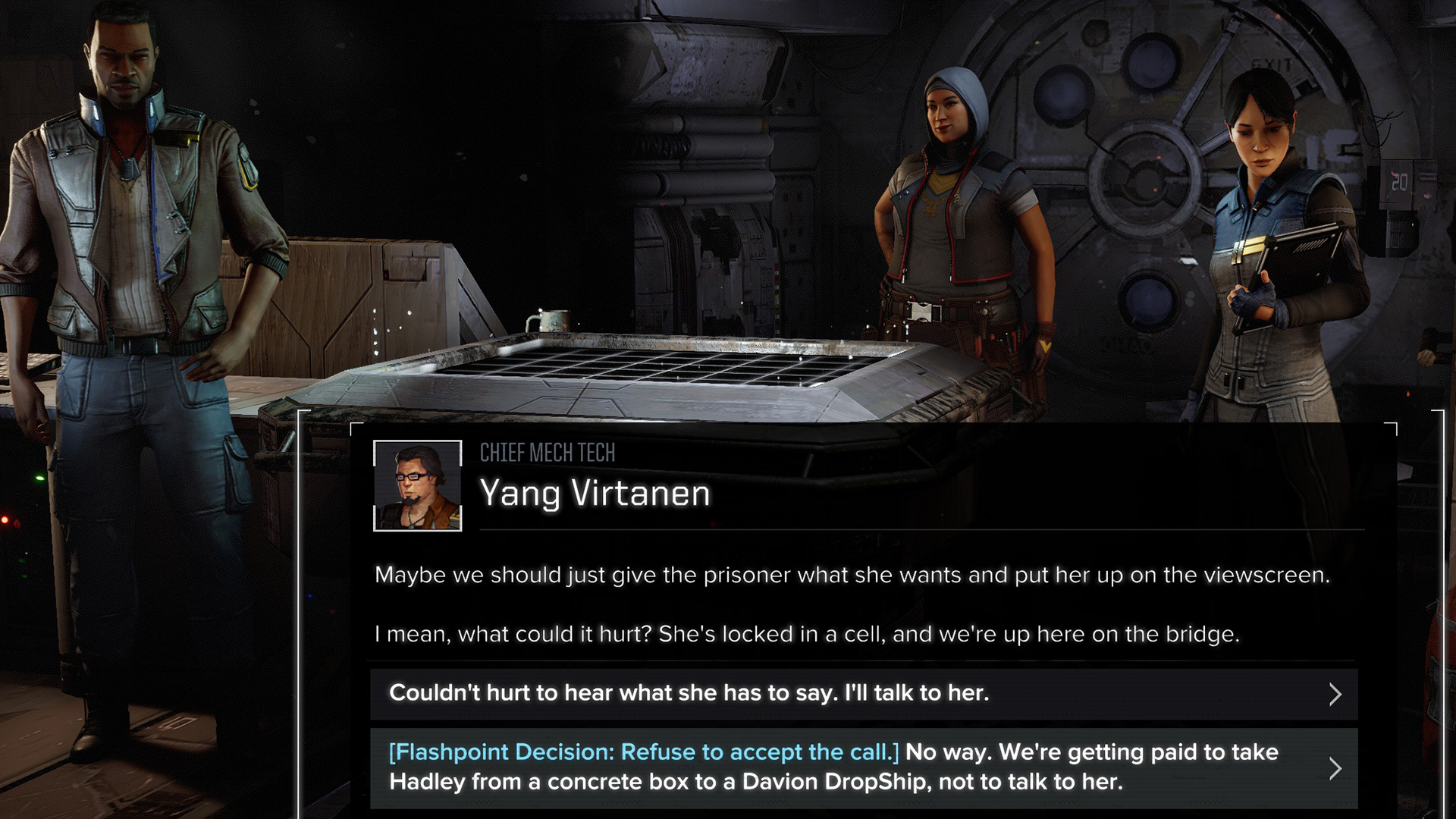 The new characters introduced for Flashpoints - and ushered away afterwards, before they can become tedious - have more presence than your own crew, defined as they are by whichever sticky situation they're in, rather than whatever exposition or advice they have for you.

If there's ever a BattleTech 2, Flashpoint throws up several good signposts about the direction it should take. As does a new 'Career' mode, free to any BattleTech owner, Flashpointed or not, as part of a patch, which offers plot-free, iron-man Meching for a steelier, less didactic challenge. This does work particularly well if you do own Flashpoint, however, as you get the Flashpoint mini-stories in there - otherwise it's just random missions.

(The patch also rejiggers Mechwarrior skills in well-judged ways - you'll need to respec an old crew, but it's all to the good. Done right, a Very Big Lad becomes less of a glass cannon, or you can have a get-out-overheating-jail-free card that generally reduces the in-mission maintenance grind).

Flashpoint is fine expansion in terms of re-engineering BattleTech for extended play, then - far better than kicking us into another pit of mega-story or necessitating a new beginning. Long-term, I'd love to see more vibrancy from BattleTech - wilder planets, more colourful mechs and special attacks, grimier, punchier characters - but I suspect only the latter is compatible with this decades-old setting. Already though, a Flashpoint-augmented BattleTech is a significantly leaner and more adaptable machine than the lumbering brute of launch.