Two things stand between BattleTech and true greatness. User guides and videos solve the bonkers decision to not so much as hint at absolute combat necessities that make the difference between grim slugfest and satisfying tactical supremacy, but the other one's trickier.

The surfeit of frustrating pauses and pretty but time-wasting animations surely require an official patch, right? Nope - turns out that all you need to haul BattleTech out of the quicksand is a spot of ini file editing. The difference is... well, I don't want to let my prose get too purple here, but it's so much closer to the turn-based mech combat game I'd long dreamed of.

I had something of a road to Damascus moment during my by-now 50 hours in BattleTech. Its unnatural delays and maddeningly ponderous moving and shooting animations were a massive barrier to enjoyment, but the amount I learned during my first 15-20 hours in its school of totally unexplained hard knocks at least meant I could make my own actions as deadly efficient as possible.

Despite this new affection, the degree to which the game wasted my time with short pauses before and after most actions and lovingly-rendered but passive animations meant I continued to seethe and alt-tab out during endless-feeling enemy turns. 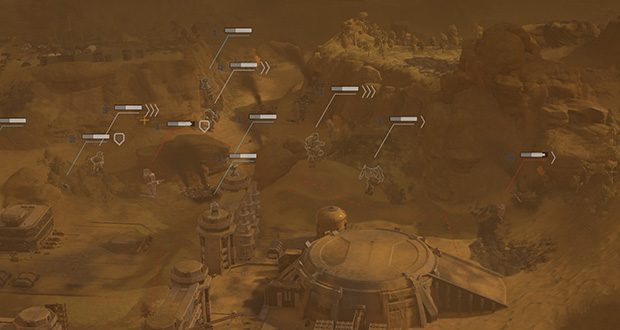 I'm far from alone there, but fortunately others pour their energies into fixing rather than moaning about problems. There's been a question mark over whether or not the slowness and pauses are baked so deep into the game that we can only pray for official updates, and to what extent the unhurried pace is an artistic statement of intent we should respect. The answer to both those is "yeah, but if you just tweak a couple of lines in Notepad it's all sorted out anyway."

The most grating issue is the pauses - a couple of seconds of nothingness before and after many Mech actions and reactions, which add up to several minutes of dead time across the course of a battle. Given BattleTech's unusually slow load times and graphics card load, it had been tempting to presume this was down to something in the game or the underlying Unity engine struggling to spin its various plates efficiently. Nope, turns out the pauses were a deliberately-made decision on the devs' part, which is frankly bewildering. Change a couple of numbers and they go away entirely. 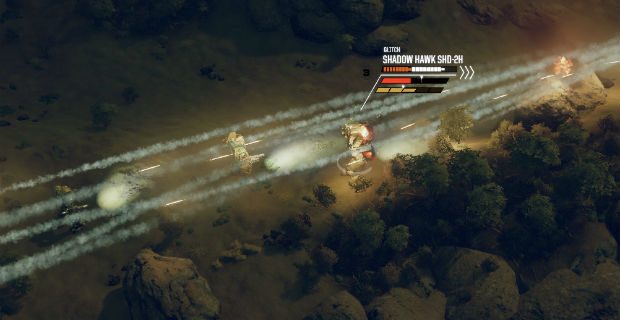 Found via assorted good people on Reddit, this fix involves navigating to [your Steam install directory]\steamapps\common\BATTLETECH\BattleTech_Data\ StreamingAssets\data\constants in Windows Explorer, then find and make a backup copy of the file audioconstants.json, before opening the original in your text editor of choice (I used Notepad++).

Find the following lines, and change the number at the end of each to 0, so they wind up looking like so:

Save, and done. Enjoy the sound of not quite so much motionless silence. You might notice that the variables changed are all to do with audio triggers, i.e. the pauses are not number-crunching, but simply, well, deliberate pauses. Sometimes the reason for this is obvious, such as, once I've done this fix, the way the game will sometimes jump directly to another character's turn without my a chance to take in what happened at the end of the last one. By and large though, it's so much better this way - as well as the simple fact of less dead time, no more motionless pauses means the game feels far more polished.

Another area of speed-based contention is mech movement speed. There's a valid argument for the idea that 65 tons of steel staggering across a hilly landscape is inherently going to be like watching a tortoise race. It's artistic intent, and it's appropriate to BattleTech boardgame and lore fans' expectations. That is true! But it is also quite tedious to watch it happen for the umpteenth time, especially on the numerous turns that are simply about getting from A to B across a large and often featureless landscape.

Again, we don't need to wait for a patch - the community's dug into the game's file system and found the variables that need changing. However, as well as the ini-editing option, it turns out that there's a way to activate an in-game debug menu, from which you can easily increase mech movement speed there (the devs have reportedly been seen playing this way during pre-release streams).

Three options for you then. First, you could go to [your Steam install directory]\steamapps\common\BATTLETECH\BattleTech_Data\ StreamingAssets\data\movement and manually edit the 53 files in there (one for each type of BattleTech mech). Or you could use the executable made by helpful Redditor ciaphas01 here, which just asks you to enter one speed multiplier (e.g. 2.0 to make movement twice as fast) and then applies it to every mech. However, he's not updating that any more, because of the aforementioned debug option.

The easiest way to get to that is open up Notepad and paste the following into a new document:

Then save that document as a .reg file - be careful to make sure you don't save it as .txt.reg thanks to Windows' unhelpful default file extension ways. Double-click on said reg file, click yes when prompted, and then load up BattleTech. Once you've loaded your savegame, press either Ctrl + Left Shift + Minus (the main keyboard minus, not the numberpad one) and you'll see some tiny buttons pop up top-left. Click the speed one to make everything five times faster, hit Ctrl + Left Shift + Minus again, and you're done. Again, thanks ever so, Redditfolk. 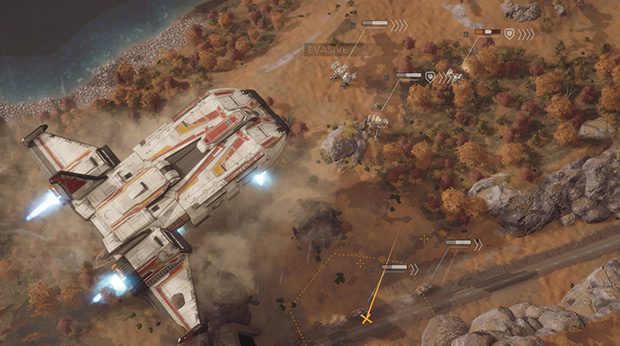 Now, despite my prior raging about BattleTech's speed, I personally find that making everything - walking, firing, the works - five times faster tips the scales from efficient to slightly silly. So I returned instead to that executable that edited all the mech ini files, set it to 2x movement speed and found that was a very happy medium. That, paired with the above pause fix and turning off all the actioncam settings in-game, created a BattleTech that is so much closer to what I'd hoped for when I first sat down with it.

With the pauses gone and Mech movement speed now comparable to how, say, an XCOM unit moves, I find myself fairly happy to sit through most weapon animations at their intended speed now. Especially when it's a situation I've lined up myself, and I get to sit back and watch the climactic fireworks.

Here's how a sample turn looks to me now:

It's not lightning fast, and nor would I want it to be as I do want some tension and some plotting time, but it's a got a sense of natural flow that wasn't there before. What a relief.

It's a huge relief to find that BattleTech's dawdling pace and my deep aversion to having my time wasted aren't inherently incompatible - just a bit less dead-time makes all the difference between feeling like I'm the main agent in the game and I'm a mere audience to it much of the time.

Also, these discoveries hopefully imply that the devs offering more official speed options in the game's settings menus shouldn't be a beyond-the-pale request. I'm sure they need to check carefully that nothing breaks or no important information is missed if the game runs faster, so we can't expect an overnight fix, but these player-found ones will definitely do the trick in the meantime.