As the camera pans down the line-up of her team, the Shanghai Dragons, it’s always her that gets the loudest cheer, and by a wide margin. Because she’s a fantastic off-tank and because she’s one of the new additions that have so greatly improved the (admittedly still winless) Dragons. But also, unavoidably, because she’s the first and only woman in the League.

"Being looked up to because I’m female... that’s not how I want to be known," Geguri told ESPN shortly after arriving in the US to compete. It’s a sentiment often echoed by women who break through esports’ glass ceiling. Wang "BaiZe" XinYu, the first woman to compete in the Hearthstone seasonal championship finals told interviewers: "I don't want to go out there and have people say to me that I'm just the best woman they've seen play the game." "I have always tried to make it a complete non-issue," said Sasha "Scarlett" Hostyn, the only female player to have won a major international Starcraft II tournament, of the fact that she’s a transgender woman.

It’s understandable. These women are immensely talented and hardworking, and their talent and dedication deserves recognition. And being the sole woman means that they cannot just represent themselves or their teams. As unfair as it may be, there’ll always be a perception that they represent us all.

It’s a perception that feeds misogynists who now see the Dragons’ failings as women’s failings or any mistakes that Geguri makes as a product of her gender. But it also leads to additional pressure from female fans who have no one else to pin those specific hopes on.

It’s unlikely any of Geguri’s fans want to be the source of additional stress for her, especially when she has explicitly said she doesn’t want people to look up to her for her gender. And yet I’m awake at 2am and the crowd is screaming because it matters to us.

On a surface level, it looks like ignoring Geguri’s wishes. But it’s more complicated than that. Fans who look up to women who make it to the top flights of esports aren’t only celebrating their gender, they’re acknowledging that these women have faced obstacles that their male counterparts have not. Countless social factors discourage their participation, not least the harassment they face for their gender. Geguri herself famously received a barrage of abuse after being accused of cheating in an earlier competitive Overwatch tournament. "I may visit Geguri’s house with a knife in hand, I am not joking," threatened Strobe, another professional player.

Gendered harassment is something that’s unfortunately relatable to many women who play games and watch esports. In cheering Geguri, they’re less cheering for her identity than for her fortitude, and for the hope that she inspires.

Nevertheless, there’s a thin line between support and idolisation. Putting Geguri on an impossibly high pedestal ignores the fact that, as inspirational as she is, she’s still only human. Her presence does not single-handedly fix the League’s many problems, and remaining critical of those issues is crucial to being a responsible fan. After all, the best way for her wish of not being known for her gender to come true is for more women to be hired into the League, so, ultimately, part of celebrating her respectfully is to not forget that she is alone in a pool of over 130 competitors.

Moreover, the League remains marred by constantly having to punish players, including for bigoted behaviour, and while we may support Geguri because she has overcome more than the men in the League, her success does not erase those barriers. She competes despite the abuse she once received, but so does Jaemo "Xepher" Koo, who was once dropped from a team within hours of being signed when they realised his "irresponsible" behaviour. In an apology, he stated that he had agreed with his former team members that Geguri might be hacking, and was reflecting on how that may have caused her harm. 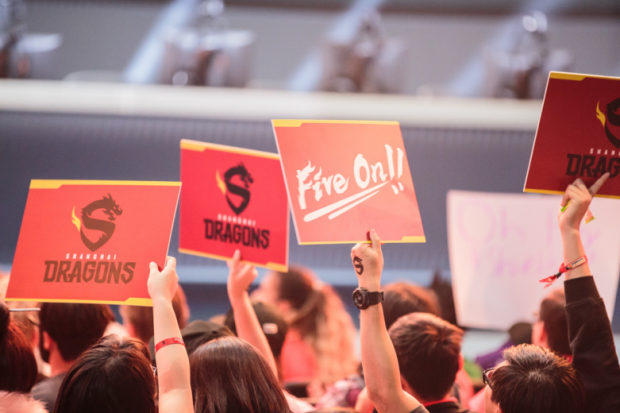 Now he plays for the League’s Seoul Dynasty. Moreover, he played specifically against Geguri when their two teams clashed recently. In the current meta, both usually play the same character, D.Va (ironically a female pro-gamer herself). Early in the first game, Geguri’s trademark accuracy – that which had been the root of the cheating accusations in the first place – allowed her to get the upper hand over Xepher. "Must be some venom behind that kill," one of the casters noted.

The moment was a microcosm of what it meant to be her fan: though her mechanical skill was wonderful, it was lent additional significance by her gender.

The crowd cheered, not because Geguri is a woman but because for many women, myself included, it felt like a vindication thanks to the sexism that came before it. Yet when asked about it on stream, Geguri clarified that she has no hard feelings towards Xepher, saying she received no "direct damage" from him. She explained that the Dragons and the Dynasty ate together recently, and the two talked. "I hope we can all get along," she said. "I’m really okay." 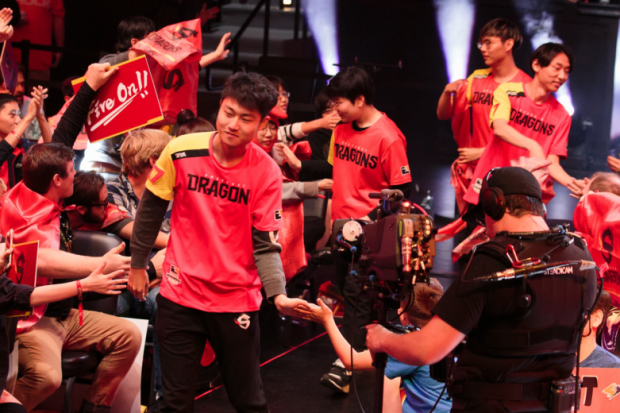 Her statement indicates an admirable forgiveness, as well as a strong desire to avoid drama. It again complicated the question of how fans balance her wishes - the understandable attempts to avoid being the topic of conversation for past harassment - with the gendered issues that nonetheless centre on the League’s only woman.

It’s a question for which there are no easy answers. But that she is the sole female competitor isn’t the fault of the fans who cheer her; it’s the fault of the culture that keeps most women out. So we can and should celebrate Geguri, both because she’s a likeable and skilled professional and because it’s important that, as a woman, she overcame the odds to be here.

But we must do so responsibly. We cannot talk about gendered harassment at the professional level without talking about Geguri, but we can question that initial instinct to see her as some kind of avenging angel, as good as it may feel in the moment.

Moreover, her gender cannot mean that we treat her as an unimpeachable fix for the League’s problems, nor for those of gaming and esports more generally. For as long as women face greater barriers than men to succeed, in esports and wider society, our focus must always be more complex than only applauding the women who break through them.