A weird thing happened after I’d been playing Below for a few hours. See, the thing about Below, which I spose is a basic feature of all underground things, is that it’s dark. Your little adventurer has some species of magic lantern, but it’s powered by crystals collected from dead enemies, and upon your death it’s left with your body for the next you to find and collect. If you run out of crystals or die, both of which will happen, it becomes very dark indeed. (Below is a difficult game to take screenshots of.)

And the other thing about Below is that the camera is quite far away from the action and said action is at a small scale. You end up squinting, very close to the screen, like an elderly lady trying to facetime her grandson. I felt like an entomologist trying to divine the behaviour of a lone, squishy beetle making a journey through a nest of angry termites. So, unbidden, my mind provided its own David Attenborough voice over: 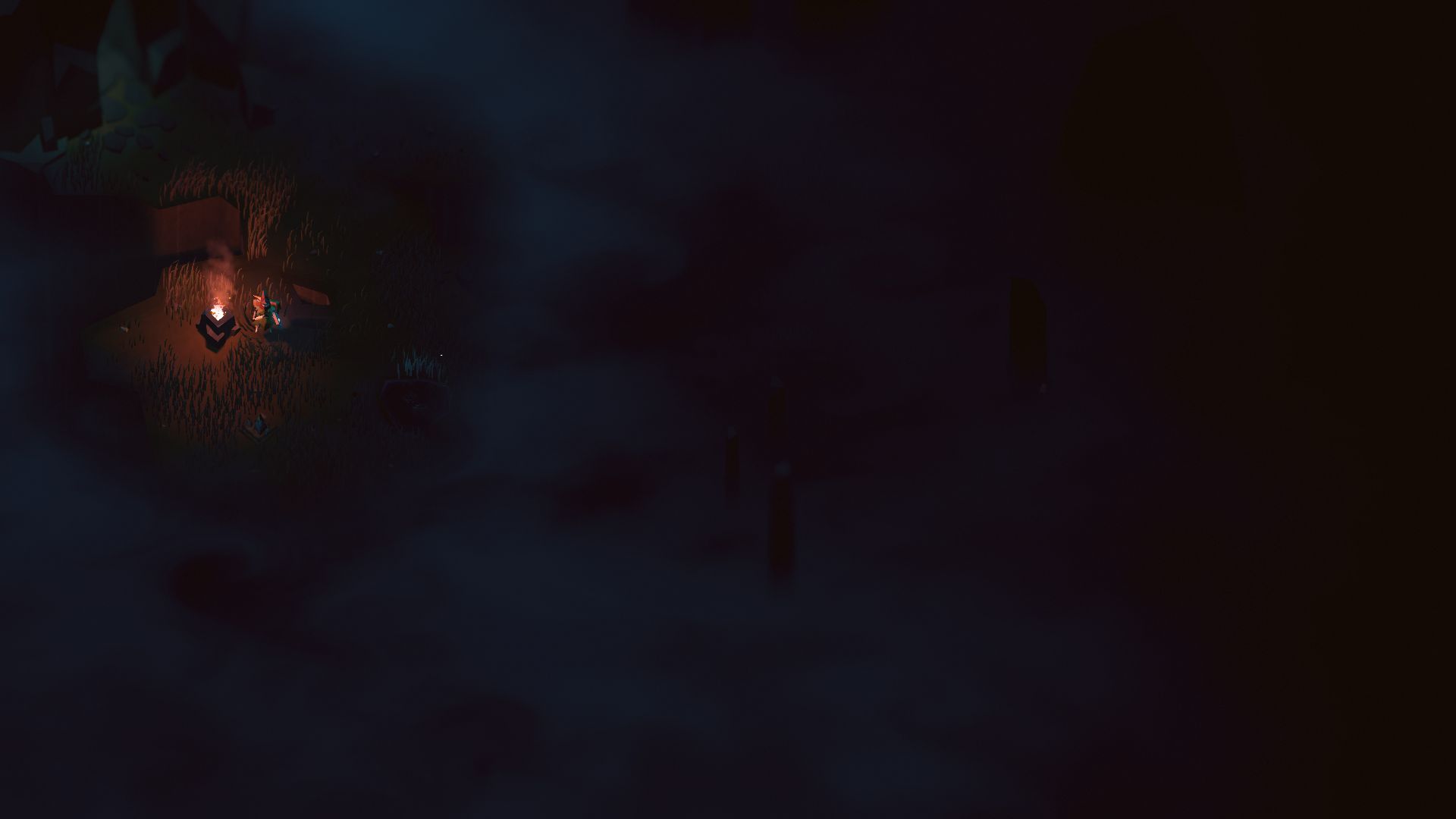 “Yet, on this remote island, we find... one of the most mysterious phenomenons... in the entire natural world. This single warrior will journey deep into enemy territory. It’s dark, and dangerous; he will go without food for long stretches of time. Scientists do not yet know what instinct it is that is drawing him on... but he keeps going inexorably downwards, through a maze of different caverns, without reward. It is... ... ... extraordinary.”

Sir. David knows dead air when he sees it, though. Real nature documentaries tend to cut out the long stretches where the beetle is running around backtracking on itself, while the cameraman is bored off his arse waiting for something to happen. This isn’t to say that Below doesn’t have any rewarding moments, because it does, but they’re outnumbered by the frustration.

For all that you have trouble seeing it, the world looks lovely in, you know, a bleak way. The way plants rustle, or rocks and bones rattle under your tiny feet, is fantastic. When you make it down to the next stage you might find yourself climbing down a beautiful icy staircase, and breathe out for a moment. 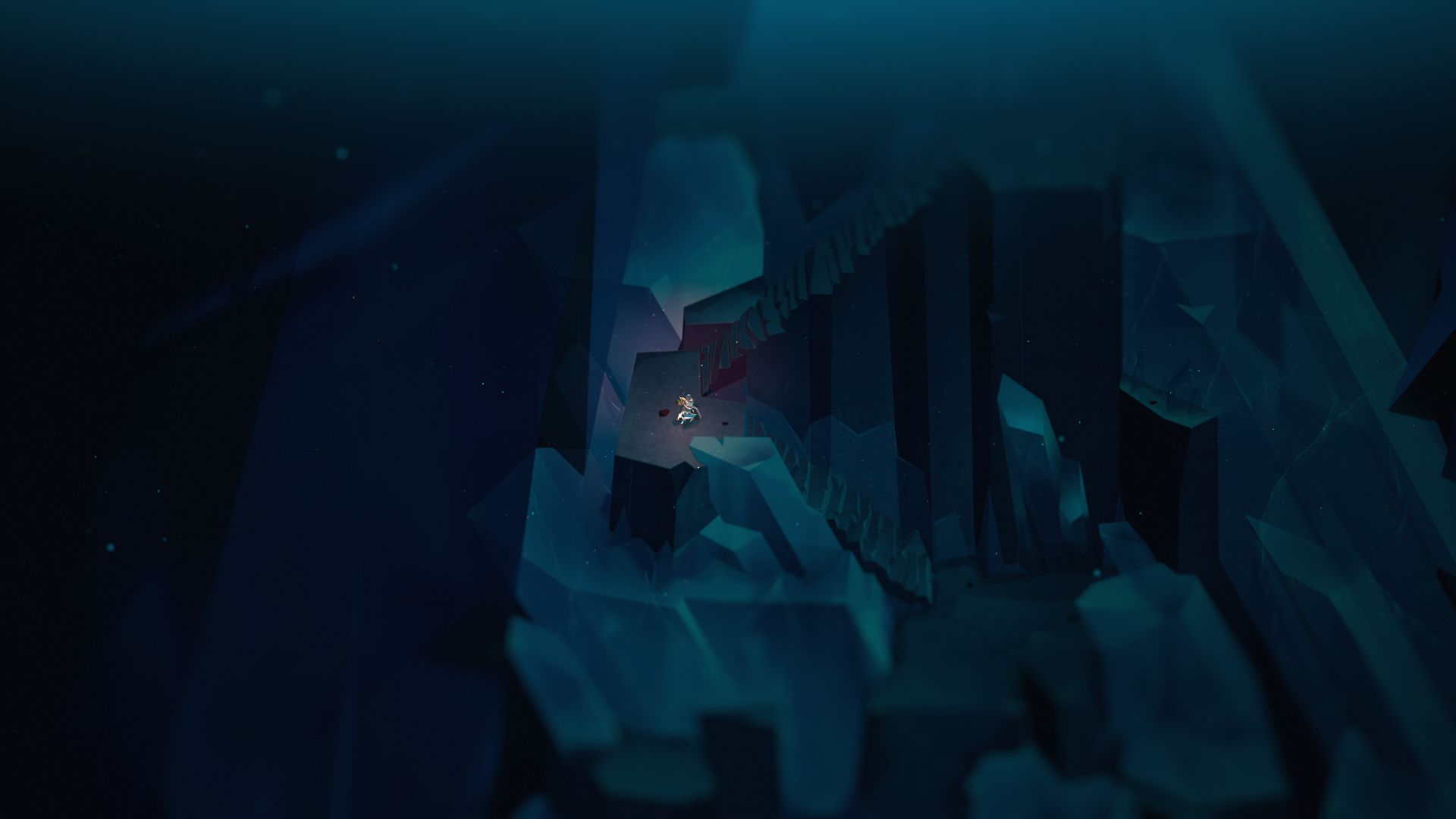 The deeper you go, the more advanced the life you encounter becomes. First it’s strange rock crabs skittering around grassy caves, then pale humanoids that run at you, screeching, living in the remains of a stone ruin lit by guttering candles. There are traps and totem poles. You climb down further and find an abandoned town with a weird shopkeeper. You start finding the humanoid monsters lying in attitudes of worship towards… something? Then cultists in big robes throwing fire at you. A huge heap of bodies. Giant monoliths. Later, shiny, seamless mazes with a ‘sufficiently advanced technology’ kind of vibe. What is going on? Then you realise that the deeper you go, the louder the ominous background noise is getting. Oh no.

But the other bits of the game feel like the developers spent so many years trying to figure out how to make the game work that in the end they never did, but left in everything they tried. The pieces pull apart or crash into one another like rending tectonic plates rather than a satisfying jigsaw. For example, you have to monitor your hunger, thirst and warmth: fine. But while you can pluck neeps and tatties from the ground in the upper levels, the deeper you go the less food there is. I get that. Increasing difficulty. Okay. You can store food for later runs (in a sort of dream area) but the amount of storage is tiny. After a few deaths it’ll be empty again. 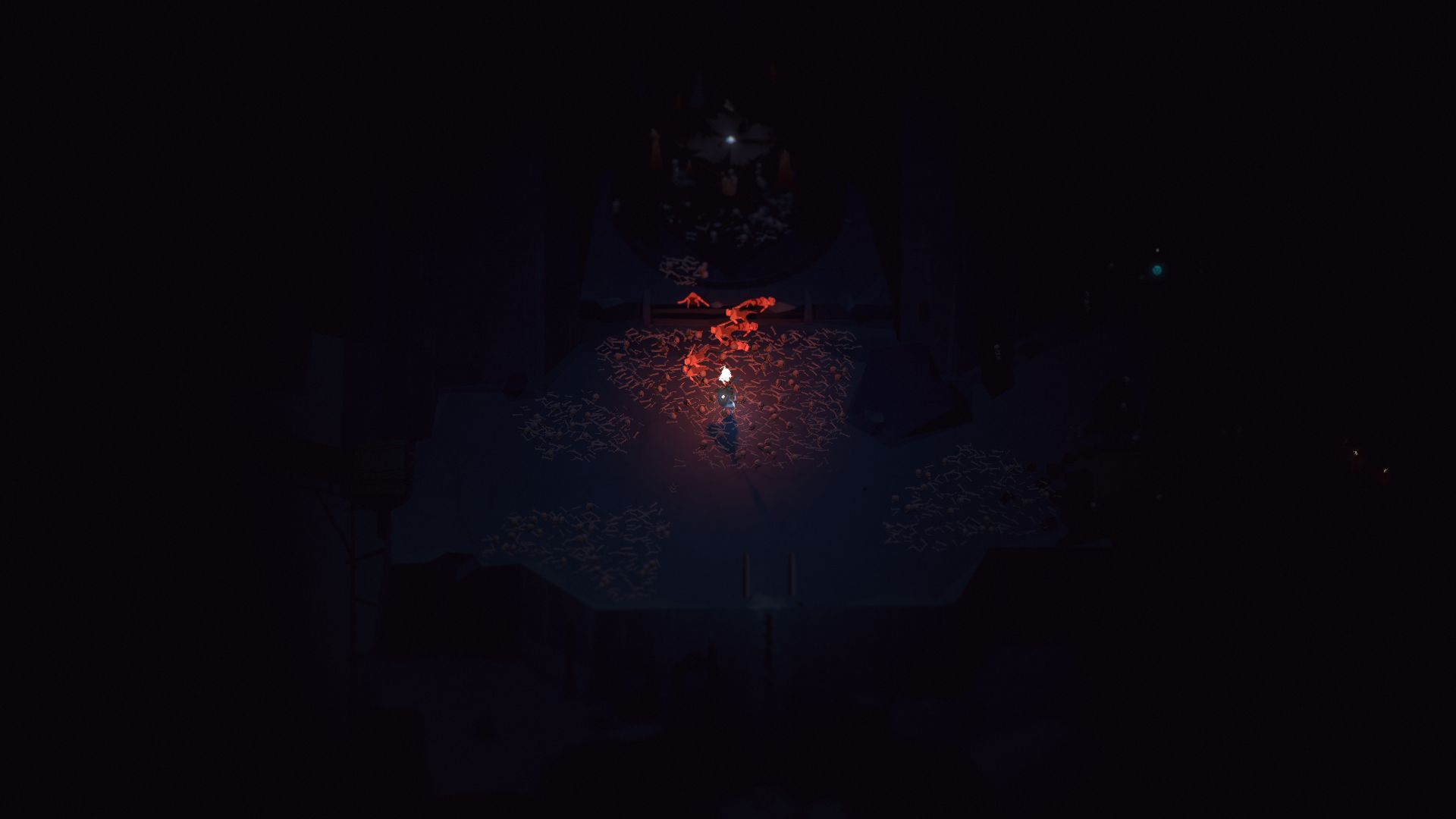 So should you just spend a while collecting food and brewing health potions? What if you’ve finally got down to level seven? Is it better to truffle around right at the top for a bit again, or go straight down? Or will you just die? Can you be arsed? You cannot, because it’s not fun. The game seeks to punish risk, but in the terrible cage match of risk vs. repetition, risk throws repetition from the top and sends him plummeting 16 feet into the announcers’ table every time.

Below deliberately doesn’t explain much, leaving you to experiment and figure things out. This is fun for some things, but others will remain forever a mystery to me. I found a wall that I could put stored crystals into. I didn’t fill it up, but I never ended up going back to it either, because I pushed on into the dark and couldn’t remember the way back. It’s just all a bit wrong. The combat feels like you’re clicking a button for an interaction, rather than swinging a sword. There’s a sort of fast travel checkpoint system using the campfires, but it’s single use and needs 25 of the crystals you power your lantern with. There are shortcuts, but very few. There are insta-death traps that sometimes get hidden behind walls. 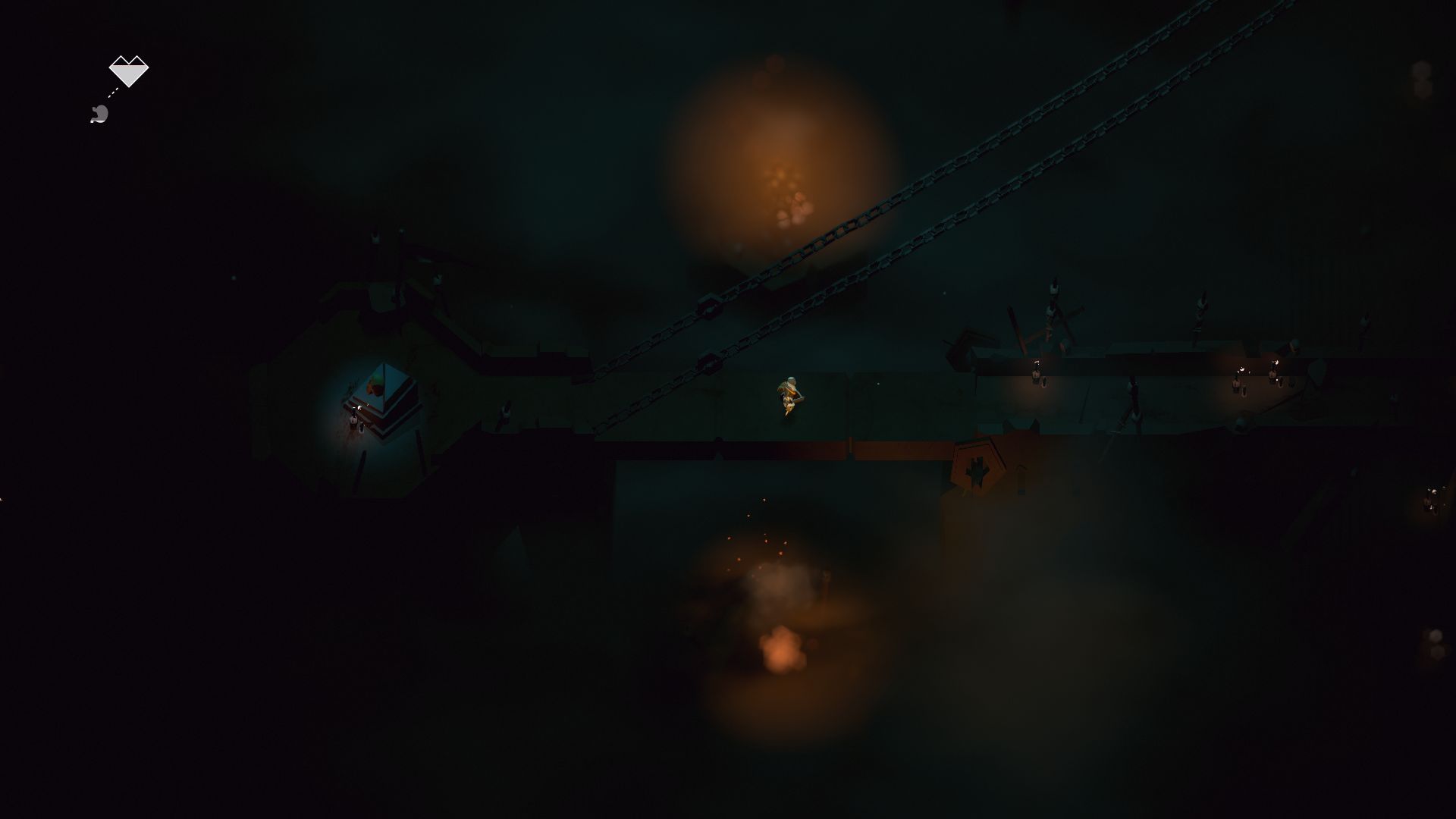 When you reach a milestone you get a moment of pure, unadulterated glory, but it’s fleeting, like craving a cigarette and quickly realising that nicotine is a chemical lie and cigarettes are shit. Progress feels so gradual as to be nonexistent, and can be instantly wiped out -- but not in a calculated way like the difficulty of Dark Souls. In a sort of hopeless way. Each warrior is a tiny Sisyphus.

So what’s the point? Well, to look at it. To run around in the grass. To examine the strange ruins and wonder about them. To see the crystal crab monsters advancing when you fall over a tripwire, because somehow they know. To hear the clack-clatter-clack as they die, and fall into pieces. To say you did it, perhaps. But not me. “The caves are… beautiful... but so treacherous that only one warrior in a generation is drawn to them. And… the truth is that… we do not know… why because… nobody can be bothered to find out.”