We're not going to bury the vital information in swathes of text, so here goes: the best Assault Rifle in Call Of Duty: Cold War is the Krig 6. Accurate, controllable, and effective at longer ranges, the Krig is an extremely reliable primary weapon for most engagements.

We'll talk more about the Krig and other Assault Rifles in a moment, but first let's take a quick look at the stats of each weapon using this table from our Cold War weapon stats page.

Now let's walk through each Assault Rifle in turn, from most to least effective in Cold War's current state. 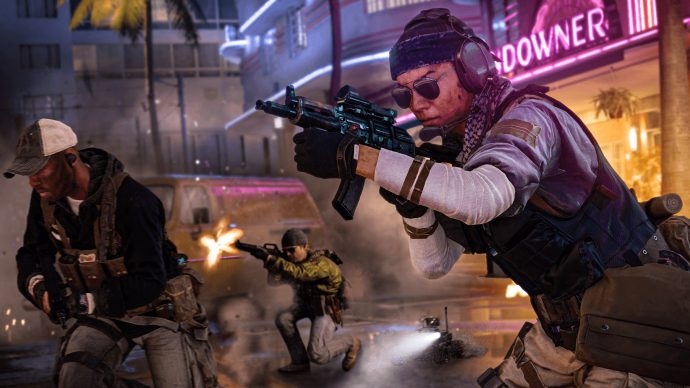 The Krig 6 takes the top spot in this early stage of Cold War's lifetime thanks to its superior accuracy and reliability over longer distances. With the right attachments, the Krig can become a powerful rifle with laser-like precision, capable of multiple headshots in an instant from across the map. Given this precision, the fact that the Krig has (marginally) the lowest TTK of any Assault Rifle becomes far less important. What matters is hitting those shots, and you're guaranteed to have an easier time hitting shots with the Krig than with other Assault Rifles.

Check out our guide for building the Best Krig class in Cold War.

When it comes to pure stopping power, the AK-47 reigns supreme. Most of the time it'll take you one less shot to kill an enemy with an AK-47 than with any other Assault Rifle on this list. This makes the AK-47 an excellent choice for running and gunning, as you can use attachments to quite significantly improve the handling stats of this punchy rifle.

Check out our guide for building the Best AK-47 class in Cold War.

The XM4 is a reliable and deadly Assault Rifle which lacks the precision of the Krig and the damage of the AK-47, but tries to make up for it with a host of balanced stats across the board. It's a great base from which to construct an excellent mid-range weapon with the right selection of attachments, and while it doesn't take our top spot at the moment, it's more than capable on any battlefield.

Check out our guide for building the best Cold War XM4 class.

The FFAR 1 matches the AK-47 in terms of TTK, but while the AK-47 prefers higher damage per shot, the FFAR 1 favours a high rate of fire. This gun is excellent in close quarters, bridging the gap between the Assault Rifles and the SMGs. The reason it's so far down the list is twofold: high recoil, and limited magazine size options. It's still a worthy rifle.

Some pretty rough horizontal recoil is what knocks the QBZ-83 down to the bottom of the pack in our Cold War Assault Rifles tier list. It's a shame, because otherwise the QBZ is a fine weapon, boasting a slightly higher damage per shot than the XM4 and the quickest ADS speed of any Assault Rifle. But overall we haven't yet found a QBZ-83 class setup that feels as powerful as any of our other Assault Rifle loadouts.

That just about wraps up our Cold War Assault Rifles guide. But that's not all we've got to offer when it comes to the latest Call Of Duty installment. Why not check out our Cold War Zombies guide while you're here?