It's only day two for Far Cry 5's Arcade Mode, a combination of map-maker and sharing tool which enables anyone to play anything made by anyone else from within the main game. As such, the pickings are currently slim - but even so, we already have an all-time winner.

Unless, for some reason, you don't share the belief that a volcanic island populated exclusively by homicidal Limp Bizkit frontmen is the pinnacle of human creativity.

I cannot say if 'Uganda', a short map created by one Steep26, is deliberately as epochal as I interpreted it to be. Were I more cynical, I might say that it has all the hallmarks of someone quickly testing out the system, uploading their first, hesitant mucking-about and then moving on with a shrug. 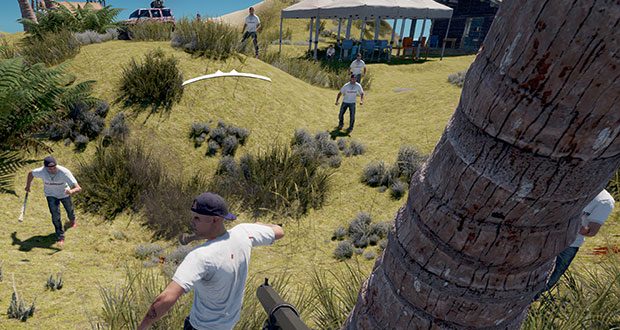 But no, I choose to interpret its use of just a single enemy character model, one minuscule island in an infinite ocean and a finale that involves jumping into the mouth of an enormous, untextured volcano as an act of sublime artistry.

Because, you see, that character model's backwards baseball cap, forgettably plain t-shirt, shining pate and dour grimace bears an uncanny resemblance to Limp Bizkit singer Fred Durst. Being attacked by over a dozen Durst clones at once is probably a collective nightmare we all shared at some point in the early noughties, and now that terrible dream has come true. 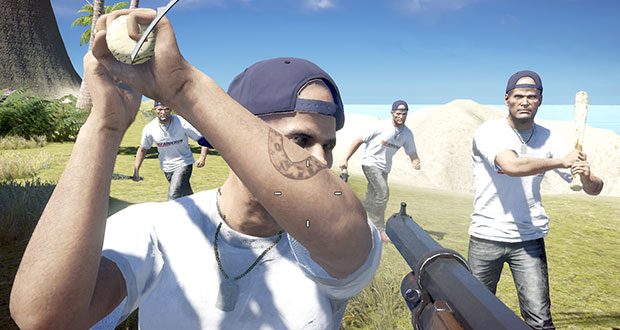 It's a short map, and an easy one if you choose to stealth it - you can just park around the back of the island then leg it up the volcano, though do look out for Rooftop Dursts. If you choose to run'n'gun it, however, it's a matter of moments before every Durst on the island rushes you - a steely challenge indeed. A Durstlaught, if you will.

Here's a recording of one of my experiences on the Isle Of Durst - I'm pleased to say I slaughter quite a few Dursts before they eventually swamp me while I'm low on ammo. The Durst-Slayer, they call me.

I am also pleased to say that I have since been able to Durstassinate every Durst on the Isle of Dursts, before climbing up Mount Durst and throwing myself into its fiery maw, which is of course the only fitting finale after murdering an army of Fred Dursts. 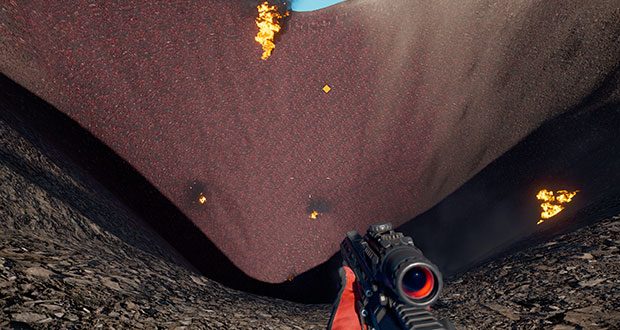 Of course, the sun-kissed island setting strongly evokes the original Far Cry, and now I must demand a mod for that game which replaces every single enemy with Fred Durst.