But I'm having a fantastic time. I don't mean this in a straightforward "lol but the guns are fun" way - fundamentally, Far Cry's setting and pace clicks with me in a way the even more outlandish 3 & 4 never did.

Superficially, this is more of the same, but in a forested part of America rather than Indonesia or Nepal. Which is to say, a sandbox warzone in which you broadly have the choice of all-out action or stealth and often get told what to do by obnoxious characters. Far Cries 3 & 4 are perhaps the most warmly-received examplars of the Ubimap to date - icons everywhere, activities everywhere, never the faintest risk of having nothing to do. 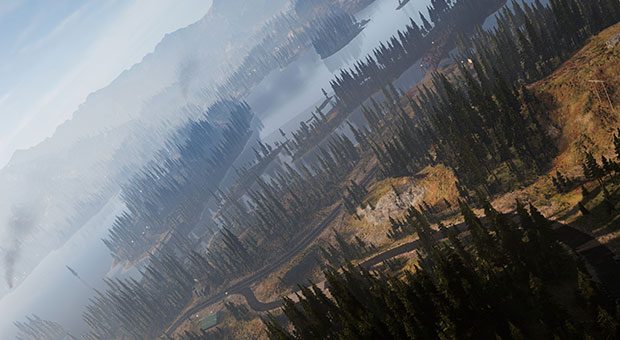 They both drove me spare. 4 less so than 3, partly because it avoided the same disastrously-executed satire of white saviourbro tropes, but it retained the same grating sense of sugar-high mania, of extreme unreality and excessive mugging to camera. I felt too much that I was in a playground rather than a place, and even the animal hunting to build more capacious wallets systems that enraptured many was too obviously a dopamine hook.

I expected the same again, but it turns out I'm hooked on Far Cry 5's woodland mayhem in a way I was not on Far Cry 3's tropical beaches or Far Cry 4's Himalayan spires, primarily because it reminds me variously of Twin Peaks and STALKER. You're gonna have to hear me out here. 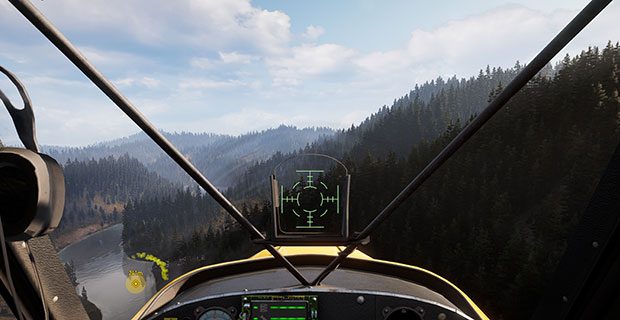 Glossed-over socio-politics aside, in some quarters there's been a feeling that Montana isn't the richest setting for a Far Cry game, given it's a lot more uniform and a lot less mountainous than the Nepalese and Indonesian environments used in 4 and 3 respectively. This is exactly why it's working for me.

It doesn't feel quite so much like a theme park - the narrowed focus means there's a greater sense of internal cohesion to its farms and factories and trailer parks and churches and police offices. It can also do a quiet, moonlit road or sparkling lake par excellence. 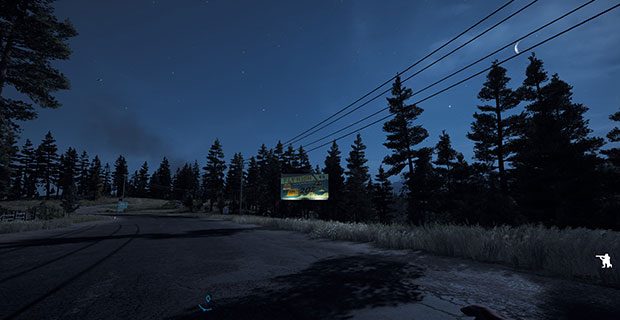 Essentially, this is a superior place for the simple act of looking around, whereas 3 and 4's environments I found acted solely as facilitators for hijinx.

Clearly, most actions I might take in this place are wholesale cartoonish and, unless I spend every moment crouched, the game rains angry men on me on such a frequent basis that taking a lovely walk in the woods is entirely impossible, but nonetheless I find that the look and feel of the environments is at least within touching distance of something like reality (the same cannot be said for its people or politics).

And man, smell those trees. Far Cry 5 does good trees, towering and noble, remarkably effective agents in giving the whole game a sense of scale. Helicopter rides over them - which are about as untroubled by enemies as you can be in this game - are blissful affairs, strongly evoking a Lynch-eye view of Washington State. Hence, I couldn't resist knocking up this:

When I traversed by air or tyre over FC3 or 4's world, I did so looking for specific objectives, for forts or side-missions or anything else that might fill my purse or increase my rank. I didn't care about what I was looking at if it wasn't an icon. When I explore in FC5, I actively steer clear of trouble (easier said than done, admittedly) - I do it to see this woodland world laid out before me so beautifully. The size of it takes my breath away.

It's not just the trees, either - it's the way a huge lake or iron bridge will suddenly appear between their endless expanse of green and brown, or the wilderness unexpectedly giving way to fleeting civilization, or the deer scattering when I fly in low. Best of all, the helicopter doesn't seem to run out of fuel, so I can do this for ages.

I do wonder how Ubisoft's artists feel, creating such a remarkable landscape, only to have it filled with shouting and murder. On land, when I toggle crouch on or off, I switch between two different games - one sedate and moody, the other unending chaos. The most vital unlockable skill for me has been the one that increases crouch speed - now I can see more of the world while still able to make my own decisions about whether I want trouble or not. 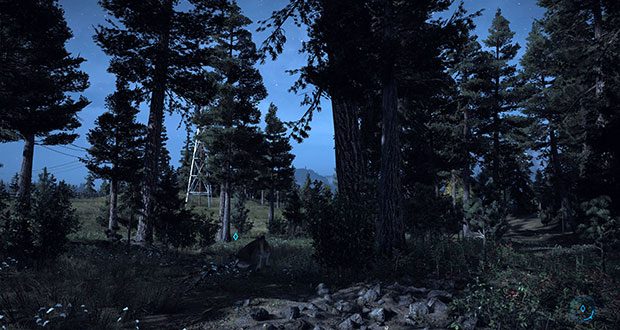 There is so much more ambience to this Far Cry if one can resist the chaos. I noodle about, sometimes wandering through dark woods rescuing a prisoner here or delving into a subterranean bunker there, sometimes dodging bears and cougars on the sunlit hillsides. Sometimes I stumble into some significant structure or encampment that looks simultaneously filmic-familiar and deeply strange, and then things kick off with what can be massive setpiece fights.

This is where the Stalker comparison comes in. I was always conscious in that game that I was being pushed in specific directions and triggered specific scripts, but it felt nonetheless like my own personal voyage of discovery and a horror, in a world that kept on turning whether I was there or not. Far Cry 5's bellowing attitude couldn't be more different to Stalker's maudlin introspection, but something of that sense of being pleasantly lost in a dangerous place remains. 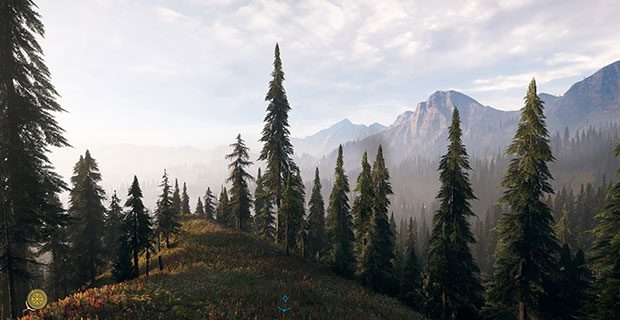 There's plenty to undermine it, naturally. There's the aforementioned excessive frequency of new enemies arriving from road or sky, ensuring every junction becomes a slaughterhouse. There're forced capture sequences and cutscenes that can drag me back into the cowardly vacuum of the plot if the game decides I've idled too long. There's something weirdly functional, even unfinished-feeling, about looting and shopping, which can leave me feeling restless about whether I've got everything I need or not.

But I keep finding myself running through those wonderful and strange woods with my selection of silenced weapons and my pet mountain lion by my side, and I feel so content.