Finding the best guns in Call Of Duty: Cold War can be a pretty daunting task, thanks to the wide variety of guns and millions of possible attachment combinations for each one. But with our Cold War weapon tier list, we take into account all the best attachments, loadouts, and situations for each weapon. Below we'll explain our choices for the best guns in Cold War in the game's current state, along with details of the best possible loadouts for various top-tier weapons.

Given how much you can customise every single gun in Black Ops: Cold War, pinning down a single best gun in the game is quite complex. But we've done our best to take into account all possible attachments and the best loadouts for every weapon, and as a result we've come up with the below weapon tier list for Cold War.

To explain the tiers a little bit: the guns in S-Tier are highly popular and dominating most matches right now in Cold War. The A-Tier weapons are also very widely used, and they certainly can be used very effectively. The B-Tier guns can also be very effective, but at this point there are some fairly clearly superior choices that could be made in the higher tiers. And C-Tier weapons, while still deadly, are not nearly as popular or viable as the rest.

Now let's take a close look at each of the S-tier weapons, and reveal our pick for the very best gun in Call Of Duty: Cold War right now.

The M16 is currently the best gun in Cold War as far as we're concerned. Deadly at any range, laser-precise, and capable of erasing an enemy in milliseconds with a single three-shot-burst, the M16 is a terrifying force on any battlefield. The right combination of attachments only accentuates these powerful strengths, boosting the gun's range, damage, and recoil to levels unmatched by any other gun in the game.

For more information on how best to kit out the M16, check out our Best M16 class in Cold War guide.

The AK-47 was always going to be a popular choice for players of any Call Of Duty game, and it's certainly warranted in Black Ops: Cold War. Packing more damage per shot than any other Assault Rifle, the AK-47 compliments an aggressive, close-to-mid-range playstyle, particularly with the right attachments. Our favoured AK-47 loadout drastically improves the damage range of the gun, while simultaneously improving recoil and sprint-to-fire times. With these minor changes, the AK-47 absolutely becomes one of the best guns in Cold War.

Be sure to consult our Best AK-47 class in Cold War guide for full details on our favourite AK-47 loadout.

The AUG is almost identical in nature and power to the M16, and actually supersedes the M16 in a couple of ways. Overall we prefer the lower recoil of the M16 as it increases our chances of one-burst-kills, but the AUG actually deals slightly higher damage per shot, at very nearly the same rate of fire. With the correct attachments, the AUG becomes nearly indistinguishable from the M16, making it far and away one of the strongest guns in Black Ops: Cold War.

Check out our Best AUG class in Cold War guide for more details on making the most of this powerful rifle. 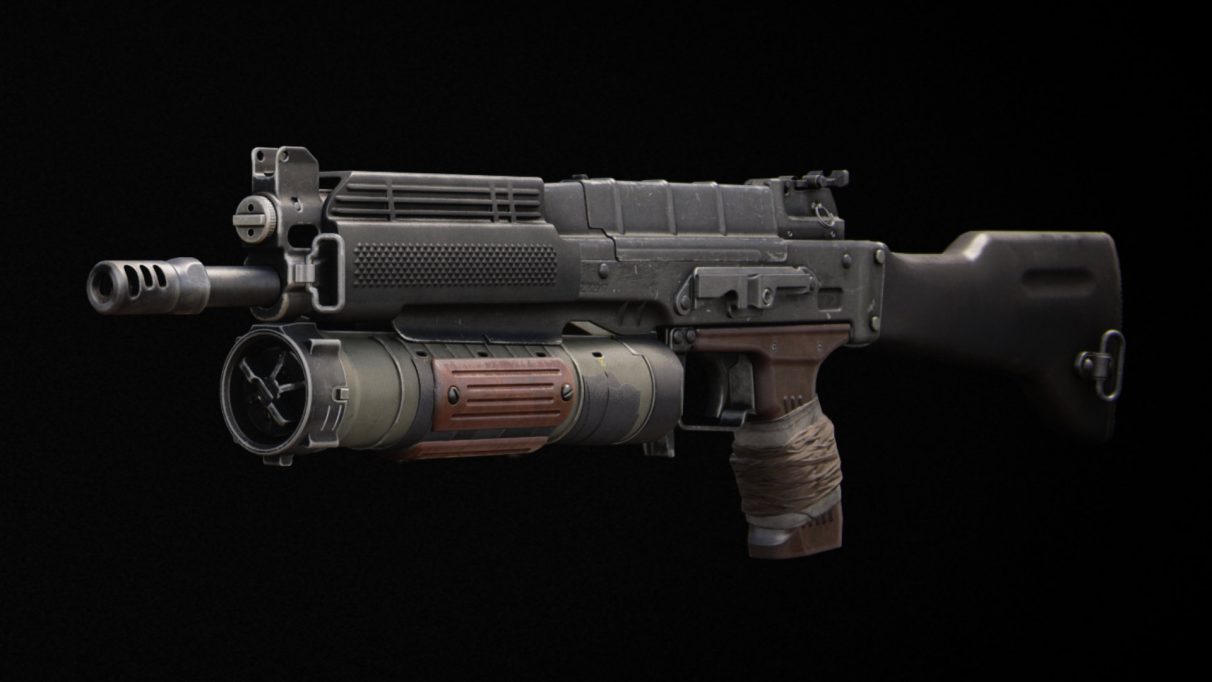 The Bullfrog stole my heart away from the ever-familiar, ever-comforting MP5 when Cold War was released. There's so much to like about this unassuming SMG: competitive DPS, low recoil, a naturally high magazine capacity, and the highest damage range dropoff values of any SMG, meaning it packs a punch at longer distances than the MP5 or AK-74u - two SMGs commonly used over the Bullfrog.

Our Best Bullfrog class in Cold War guide will walk you through the best attachments to use to improve this already beastly SMG.

The Krig 6 is the laser of the Assault Rifles in Black Ops: Cold War. Boasting a great bullet velocity, great range, and the lowest recoil of any AR, the Krig is an excellent foundation upon which to build one of the best guns in the game. Make sure you kit this gun out for accuracy and long-range potential, as this is where the Krig truly shines, rivalling even the mighty long-range warriors such as the Pelington and M16 in this regard.

Look no further than our Best Krig class in Cold War guide for full details on the best possible loadout for this Assault Rifle.

The MP5 is by far the most popular weapon in Cold War right now, and it's no surprise at all. This familiar face in the Black Ops arsenal is an extremely reliable close-range weapon thanks to its high rate of fire and easy to manage recoil pattern. Personally I prefer the Bullfrog, but the MP5 is still devastating in the right hands and with the right attachments. Just make sure you increase that bullet velocity, mmkay?

View all the best attachments for the MP5 in our in-depth Best MP5 class in Cold War guide.

The Pelington is by far the strongest and most popular Sniper Rifle in Cold War, as it was in the game's Beta events. Why would you not want to pick the sniper with the best handling when you can still one-shot-kill an enemy with a bullet to the head or chest? All that matters is how quickly you can aim and pull the trigger, which is why our preferred Pelington loadout focuses on ADS and Sprint-To-Fire times, alongside higher damage and fire rate to help consistently one-shot your opponents.

For the full picture on this elegant and powerful sniper rifle, have a read of our Best Pelington class in Cold War guide.

Alright, that just about wraps up our Cold War best guns guide, so hopefully you've learned a thing or two about the guns currently dominating the meta in Black Ops: Cold War. If you're looking to further your knowledge of the weapons arsenal, be sure to check out our Cold War weapon stats guide for in-depth stats and easy comparisons!