There was a time when shotguns absolutely dominated the confined spaces of Modern Warfare's multiplayer modes. But when it comes to Warzone, where additional health makes it more difficult to drop enemies in one or two shots, are shotguns at all viable anymore?

Our Best Shotgun in Warzone guide will walk you through detailed stats and opinions on all six shotguns in Warzone, explaining how each one stacks up against the others in Season 6.

We think the best Shotgun in Warzone is the JAK-12, without a doubt. Combine that crazy rate of fire with all the right attachments, and you've got just about the only shotgun I'd consider taking over an SMG for close-range encounters.

Before we talk in more detail about the JAK-12 and all the other shotguns on offer, let's see how the base stats of each gun compare to one another, using this table taken from our Warzone weapon stats guide:

I know, the damage stats are a little impenetrable. If you're having trouble making sense of it all, let me boil it down: the two things you should look for in a shotgun for Warzone are fire rate and magazine capacity. And thus...

The JAK-12 is the latest shotgun to be added into Warzone and Modern Warfare, and it has cleanly usurped the Origin 12 as the best Shotgun in Warzone right now. This fast-firing shredder requires you to get up close and personal with the enemy (as with all shotguns), but as long as you kit it out for range and increase its modest starting magazine capacity, you'll be able to quickly devastate whatever hostile threat you find in front of you.

Be sure to check out our Best JAK-12 loadout in Warzone guide for full details!

Despite Season 6's nerf, the Origin 12 is still very well-suited to Warzone's squads and inflated health pools. Its fire rate may not quite match that of the JAK-12, but the speed is consistent and, more importantly, the Origin can be equipped with 25-Round Drums without much of a penalty at all. The simple fact is that most enemies aren't ready for a shotgun that can just keep spewing out shots seemingly forever.

Kit the Origin out for maximum range, No Stock, and (another interesting choice) Frangible - Disabling. Then try to force close-quarters encounters as much as possible by spending your time hopping from building to building (Downtown is the likely candidate for your landing spot). You'll be surprised by how much havoc a 25-Round Origin can wreak upon an enemy team.

If we're talking about base weapons without attachments, the Model 680 would probably be my pick. Power and reliability are the cornerstones of this venerable shotgun, and the magazine size is feasibly large enough to take out entire teams. But once you throw attachments back into the mix, the 680 can become the most painful long-range sniper-shotgun in Warzone.

One thing you will have to be careful about is the extended reload time, which is why I sacrificed one of my attachment slots in order to gain Sleight of Hand to minimise the amount of downtime between shots - a very important thing in close-quarters combat.

Players waxed lyrical about the R9-0 when Warzone was first released. This previously low-tier gun suddenly had a point, its high fire rate enabling you to quickly knock enemies. And you shouldn't misunderstand: there is no gulf separating the R9-0 from the 680 or Origin. All three are decent choices for Warzone - as decent as a shotgun can be, anyway.

The VLK Rogue just feels unpleasant to use after you've played with the above shotguns for a while. Again, it simply lacks that extra something that the Origin and the 680 bring to the table (fire rate and mag capacity for the former, range for the latter). True, you could ruin someone's day with a heady combination of Incendiary damage and Frangible - Disabling, and that's fun for sure. But when it comes to actually being able to kill enemies quickly enough for them not to just whip out their MP5 and slaughter you on the spot, the Rogue just doesn't cut it.

Oh, how the mighty have fallen. The 725 was once the absolute strongest gun in Modern Warfare, and a majority of players would run around using it, insta-killing enemies with its potent one-two punch. But apparently all that was needed to turn the best gun in the game into the worst gun in the game was an increase in health pools. Now, that one-two punch is just not capable of killing an enemy in most circumstances. And then you're left hastily trying to reload in front of an enemy. It's not hard to guess the victor. 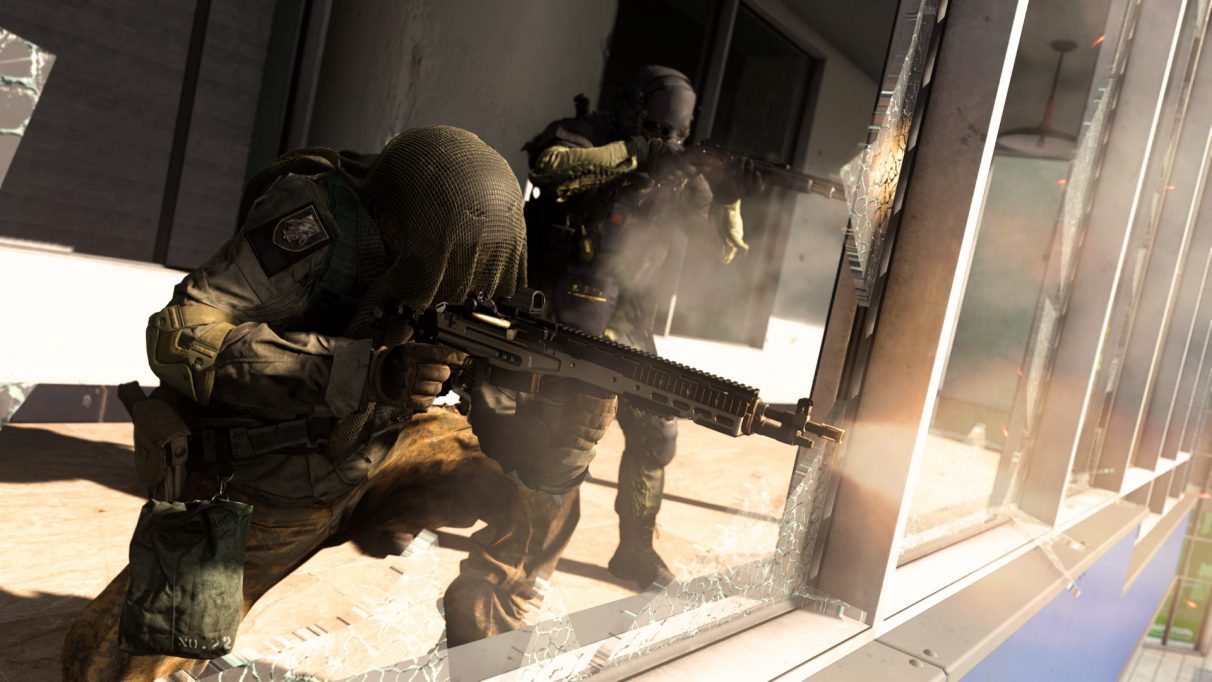 And there you have it! Hopefully now you're a master of the Warzone Shotguns arsenal, and you're ready to put your newfound knowledge to the test. But in case you're still hungering for tips and stats, be sure to check out our other Warzone guides!