VR has been going from strength to strength in recent months, and with many of us continuing to be stuck at home, we've put together this list of our VR headset recommendations to help you decide which VR headset is right for you. With the recent launch of Half-Life: Alyx and more heading up our best VR games, there's never been a better time to jump into the world of VR, so we've tested all the major headsets from Oculus, HTC and Valve to find out which is the best VR headset for PC.

Admittedly, the demand for the VR headsets has been at an all-time high since Half-Life: Alyx came out, and many of them have either been out of stock or suffered from inflated prices. The Oculus Rift S and Oculus Quest have been particularly tricky to get hold of, but when it comes to buying the best headset, it really does pay to wait until the right one's available. After all, VR headsets are a big purchase, so you don't want to lumber yourself with the wrong one just because your top choice isn't available.

What are the best VR headsets?

Right now, the best VR headset is the Oculus Rift S. Read on for why it's our pick of the bunch, and our alternative choice if you've got more money to spend.

If you're buying your first VR headset for PC and want the best possible experience without breaking the bank, the Oculus Rift S is the best headset you can buy right now. Some of its specs may not be quite as good as its nearest rival, the HTC Vive Cosmos, but its hassle-free inside-out tracking is second to none.

When I get a VR headset in for testing, I pay particularly attention to how comfortable it is to wear, and the accuracy of its tracking. External trackers that are used on higher-end headsets such as the Vive Cosmos Elite and Valve Index provide the highest level of virtual reality tracking, but cheaper VR headsets such as the Oculus Rift S, Oculus Quest and HTC Vive Cosmos use a method called inside-out tracking, where all the sensors are built into the headset and controllers.

This means you don't need to scramble around finding extra plug sockets or configure your room in a special way to accommodate any external trackers in order to do full room-scale VR, as everything you need is built directly into the hardware. This is the easiest and most cost effective way to get into VR these days, but Oculus' inside-out tracking is noticeably better than what you get on the HTC Vive Cosmos. The Oculus Rift S also supports all the best VR games, too, making it a great choice for those looking to buy their first VR headset for PC, or the best VR headset for Half-Life: Alyx.

The best VR headset for PC if money is no object

For those who want the absolute best VR headset for PC, then the Valve Index is the one to buy. Perhaps you're looking to upgrade, or maybe you've just got buckets of cash and want in at the very top of the VR food chain. Either way, it really doesn't get much better than the Valve Index.

However, if you do want that extra level of external tracking fidelity and have the budget for it, then I'd recommend going with the Valve Index. It's the most expensive VR headset you can buy at the moment (again, when it's in stock), but it's significantly better than the similarly priced HTC Vive Cosmos Elite, as you'll soon see below. The Index is also a great choice for your first VR headset if you have the cash for it, but I'd say it's a better fit for those looking to upgrade their existing VR headset than those looking for a hassle-free first-time buy. 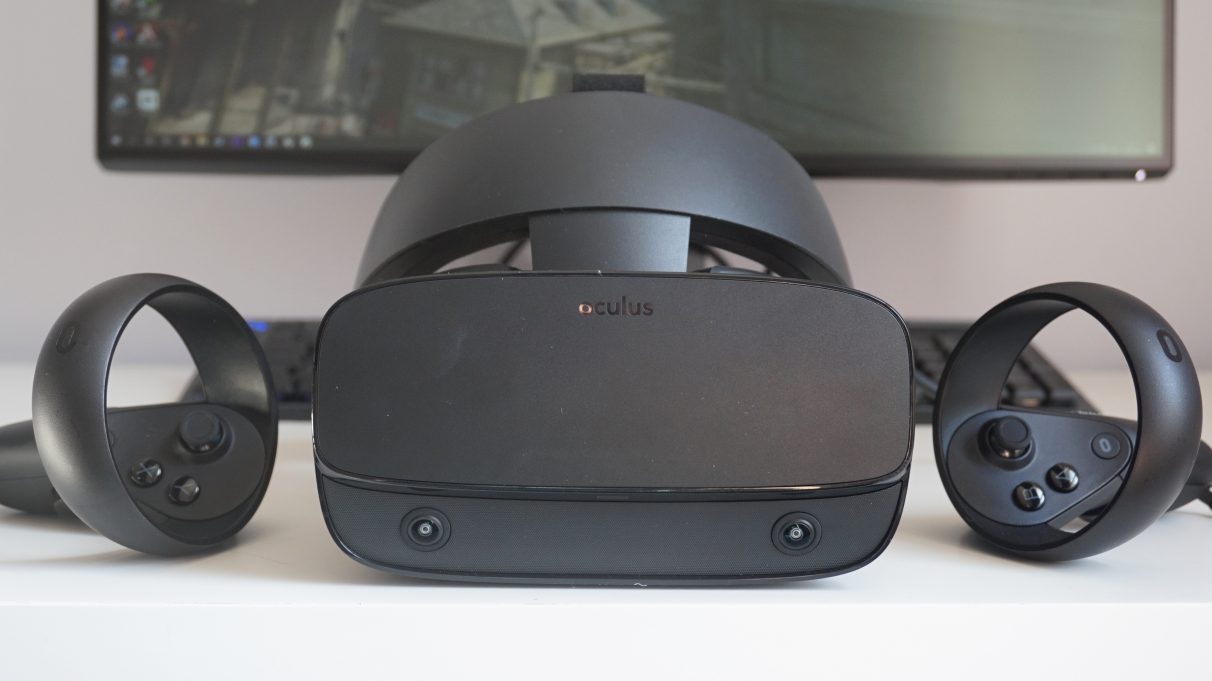 If you're buying your first VR headset for PC and want the best possible experience without breaking the bank, the Oculus Rift S is the best VR headset you can buy right now (at least if you can find it in stock somewhere). Some of its specs may not be quite as good as its nearest rival, the HTC Vive Cosmos, such as its slightly lower refresh rate and screen resolution, but its hassle-free inside-out tracking is second to none.

Accurate tracking is much more important than a mildly sharper screen in my eyes, especially when both displays looked pretty much the same when I tested them one after the other. I also didn't notice any difference in the refresh rate, either, as both headsets appeared to be just as smooth as each other when I was moving around in virtual reality. Plus, the Oculus Rift S' inside-out tracking works in all lighting conditions, whereas the Vive Cosmos is a lot more temperamental, as I found it struggled to track my hands accurately in bright sunshine and playing with the lights on at night.

The Oculus Rift S has the largest library of VR games, too, as you've not only got what's on the Oculus Store, but every SteamVR game on Steam plus selected titles on HTC's Viveport Store. It's also super comfortable to wear for long periods of time, and its light Touch controllers have lots of tactile feedback. Simply put, it's the best VR headset for the masses, and a much better buy than the more expensive Vive Cosmos. It may be out of stock at the moment, but it's worth waiting for if you're looking to buy a new VR headset.

As for whether you should get the Rift S over the standalone Oculus Quest, this will depend very much on how much you want the ability to play VR games wirelessly as well as on your PC. In my view, the Quest is arguably just as good as the Oculus Rift S in terms of overall experience (and it's easy to setup, too as you can see in my How to play Half-Life: Alyx on Oculus Quest article), but it's simply not comfortable enough to wear for long periods of time. If I were buying a new VR headset today, I'd be buying a Rift S. 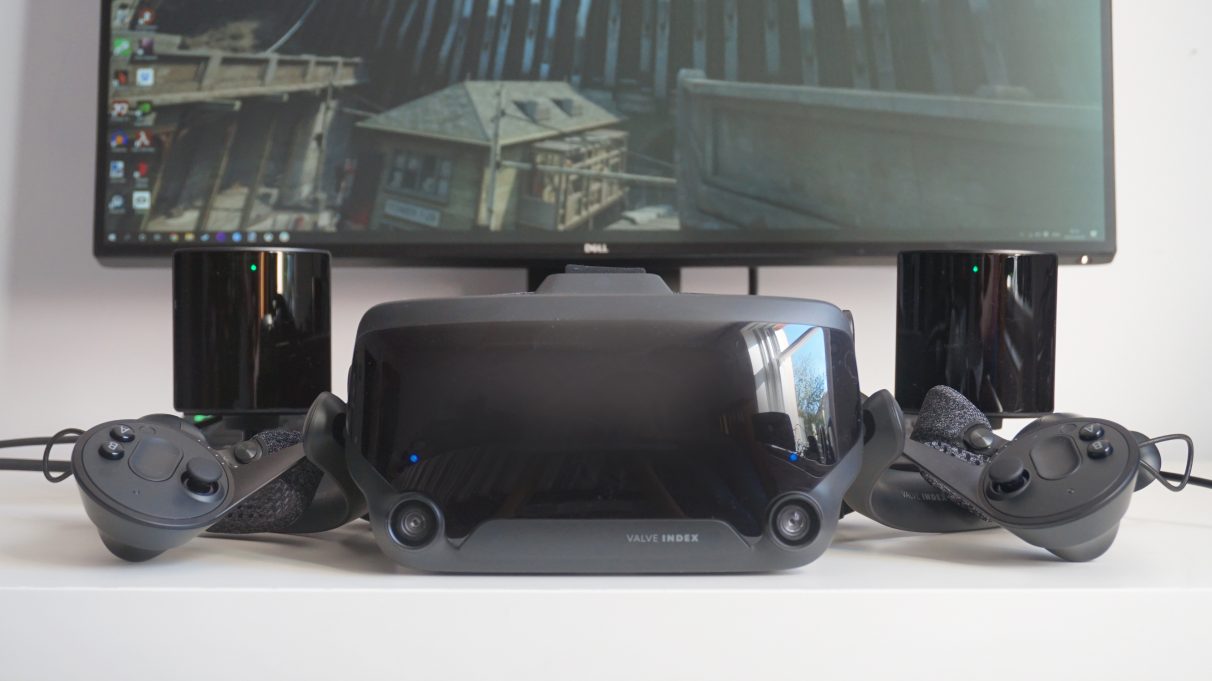 The best VR headset for PC

For those who want the absolute best VR experience, though, then the Valve Index is the one to buy. Perhaps you've had a VR headset previously and are looking to upgrade, or maybe you've just got buckets of cash and want in at the very top of the VR food chain from the word go. Either way, it really doesn't get much better than the Valve Index.

Its key advantages over the Rift S include much higher refresh rate options, going all the way up to 144Hz for super smooth VR gaming, a wider field of view and absolutely stunning built-in headphones. The speakers on the Rift S are fine, but the Index's off-ear headphones are something else entirely, offering a rich, full-bodied sound that really heightens your sense of immersion.

You'll need a pretty powerful PC in order to take advantage of the Index's higher refresh rates, of course, but even if you don't have a super-powered PC right now, it does at least give the headset room for improvement when you next come to upgrade. The Rift S, on the other hand, will be stuck at 80Hz for the duration.

As I mentioned above, you don't technically need to spend almost a grand to get a great VR experience, and for most people the Oculus Rift S will be perfectly fine. However, if you've got the space and the cash and want the absolute bestest best VR headset money can possibly buy, then the Valve Index is a much better buy than the HTC Vive Cosmos Elite.

What PC specs do I need for a VR headset?

If you're buying a VR headset for PC, then you're going to need to make sure your PC's powerful enough to run it. Thankfully, the minimum requirements for most of today's best VR headsets are pretty low, so you shouldn't have much trouble getting your VR headset up and running if you've recently upgraded your PC. For the full list of minimum requirements, have a read of the table below.