We just got the biggest look yet at Dragon Age 4 during Gamescom's Opening Night Live and... they still didn't really show us much. Not that I'm complaining! A morsel of info on BioWare's excellent RPG series is enough to sate me months, and the new screens and tiny segments of in-game footage shown tonight will surely keep fans speculating until we finally get a release date. So, what did BioWare actually show? Well, the most interesting thing I reckon was a new look at Solas, who is, of course, making a comeback after his rude exit in Dragon Age: Inquisition.

In the trailer below we get another look at that glowing tree they showed off at EA Play, as well as a new shot of a huge snowy area (my heart says Skyhold, but my brain says it's somewhere new), a Dwarven ruin of some kind, and even a big lyrium rock monster face.

"The things that you can expect in the next installment are going to be stories that focus on the people around you, and the friends and family you make."

All sounds very BioWare. That second statement has me wondering if Dragon Age 4 will take some inspiration from Mass Effect 2, with the story more driven by the characters around you rather than the central plot itself. That would be great, actually.

"We want characters to either be loved, or hated," one dev says, before immediately cutting to this edgy new photo of the Dread Wolf Solas himself. 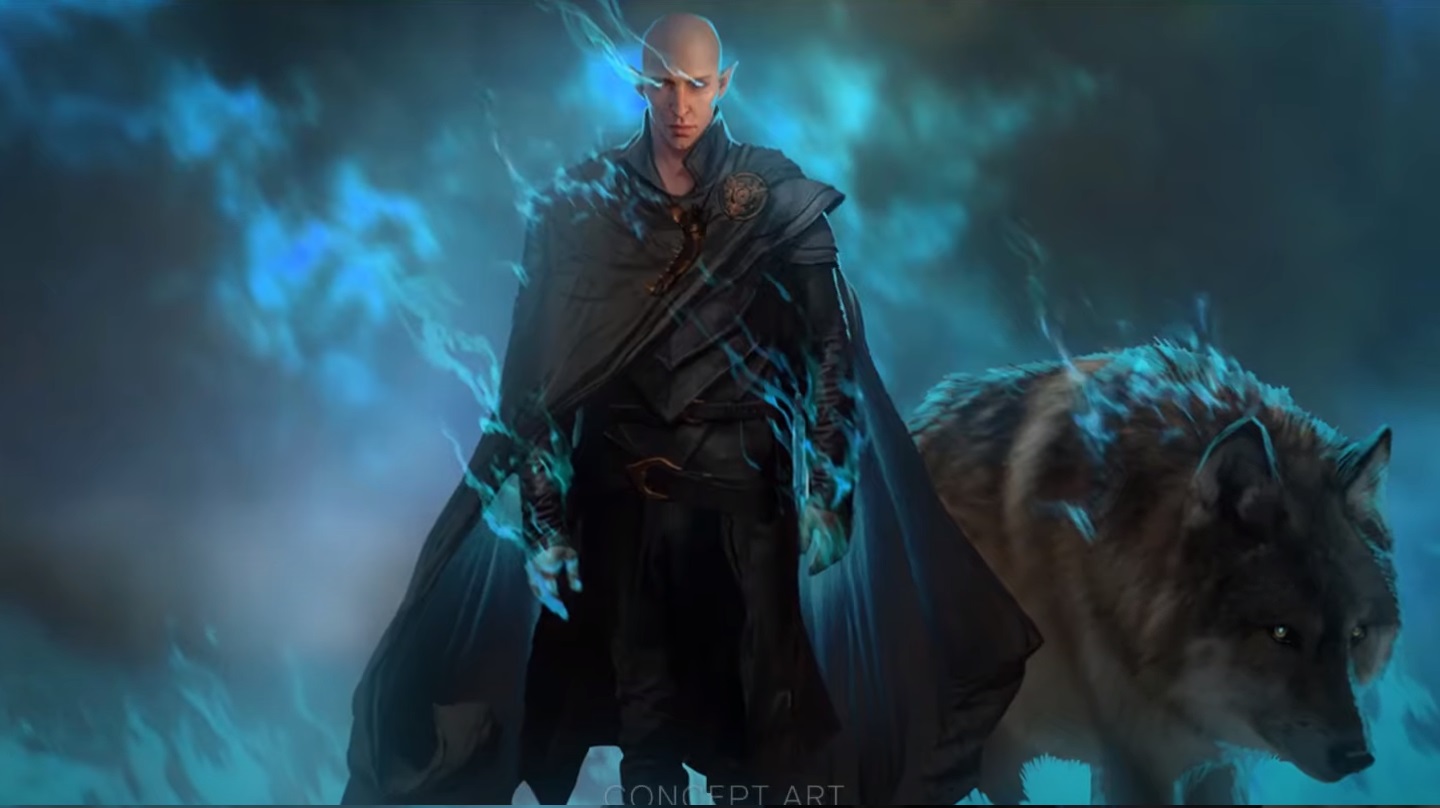 After that, there's a little look at how some of the combat might play out, though the footage is clearly in very early development. We get a shot of a character actively dodge-rolling out the way of an attack, as opposed to the more passive combat we've seen in Dragon Age: Inquisition. I almost have a faint hope this could mean the gameplay is more like an action-RPG, though that's pretty big speculation based off of this tiny thing.

Then there are a couple of new voice actors doing some lines, giving us a hint at some of the characters we can expect to meet. Bellara and Davrin are their names, and there's a suggestion that Davrin is a Grey Warden.

Throughout the trailer is a load of lovely concept art, too. From watching it just a couple of times to write this post, I'm going to venture a guess that the game is set Tevinter. It's also very possible that a lot of those images are concepts of the new companions, but I'll leave out the deep dive lore speculation for now until we know a little more.

The trailer points to their website, so I guess keep your eyes on that and hope that it updates with more fun info soon.