Thanks to the recent Call Of Duty: Black Ops Cold War closed alpha play session and all the footage and information that followed, we now know quite a bit about many of the weapons that players can use in Cold War. Below we'll go through every confirmed gun in Black Ops Cold War and everything we know about each one, along with details on some rumoured weapons which may well be added for release.

Players in Call Of Duty: Black Ops Cold War will be able to choose a primary weapon and a secondary weapon with each loadout. The only exception to this rule is if you have the Law Breaker wildcard active, which allows for two primary weapons at once.

The secondary weapons include Shotguns, Pistols, and Launchers or Special weapons.

The Gunsmith system from Modern Warfare will make a triumphant return in Cold War, allowing players to customise their weapons (both primary and secondary) with up to five attachments across 8 different attachment groups.

For more information on loadouts, wildcards, and perks, be sure to check out our Cold War loadouts guide - but for now let's take a look at each of the confirmed Cold War weapons in turn, and what we have seen from them so far.

A relative of the Commando from Black Ops, the XM4 looks to be a pretty balanced Assault Rifle across the board. Possibly designed to fill the same role as the M4A1 of Modern Warfare, the XM4 doesn't quite match the M4 in fire rate but makes up for it in the damage department.

The Krig 6 doesn't hit as hard or fast as the XM4, but its low recoil and good range makes it a strong contender for the best mid-to-long-range automatic weapon we've seen so far in Cold War. With the right attachments, the Krig might well end up being a top-tier laser.

Update: Now that the game is out, come check-out our guide for building the best Cold War Krig 6 class loadout

No surprises here: the AK-47 is the heavy hitter of the Assault Rifles that we've seen so far. If you can control its hefty recoil you'll melt enemies faster than with the Krig or the XM4 despite the AK's relatively low rate of fire.

Update: Now that the game is out, come check-out our guide for building the best Cold War AK-47 class loadout

A very strong SMG by all accounts, the AK-74u may not quite have the damage profile of the Type 821, but it still hits very hard and can melt players with ease at close ranges. However, you'll definitely need to kit it out for recoil control with the Gunsmith attachments available to you.

Modern Warfare and Warzone has always been dominated by the uber-powerful MP5, but in Cold War it looks a little more balanced. Easy to control and fast handling is tempered by fairly low damage stats, but it's always going to be a very reliable weapon for close-quarters combat.

Update: Now that the game is out, come check-out our guide for building the best Cold War MP5 class loadout

An interesting Uzi-like weapon, the Type 821 is unexpectedly strong in terms of damage, even over medium ranges; but equally strong is its vertical recoil. It is to the SMGs class what the AK-47 is to the Assault Rifles class: a hard-hitter if you can tame it.

Very high DPS is the call to fame of this Light Machine Gun. The RPD's low magazine size (45) may turn off some players, but I'd be surprised if we didn't see ammo attachments available to mitigate this weakness. Overall the RPD looks like a very strong and easy to handle LMG.

The Stoner 63 leaves the high damage to the RPD, but excels in almost every other category. High rate of fire and good accuracy makes this a very viable automatic weapon capable even of rivalling Tactical and Sniper Rifle users.

A 3-round burst rifle, the M16 may well become a sleeper hit thanks to its low burst delay and high damage per shot. But don't get too excited: the trigger delay may turn off some players.

Update: Now that the game is out, come check-out our guide for building the best Cold War M16 class loadout

A semi-automatic rifle which feels quite like the SKS from previous Call Of Duty titles, the Type 63's only negative trait seems to be that it is not fully automatic. Everything else is splendid: high damage, very accurate, decent ironsights.

The LW3 is a proper bolt-action sniper rifle. One-shot-kill to the chest or head makes this an instant must-have on your team, but you'll need to do as much as possible to reduce the idle sway on this beast of a Sniper Rifle.

You should probably pick the Pelington over the LW3 if you're a more aggressive player. It may lack the bullet velocity and reliability of the LW3, but the Pelington still kills with a shot to the chest, and its faster ADS speeds are a definite plus point.

Update: Now that the game is out, come check-out our guide for building the best Cold War Pelington class loadout 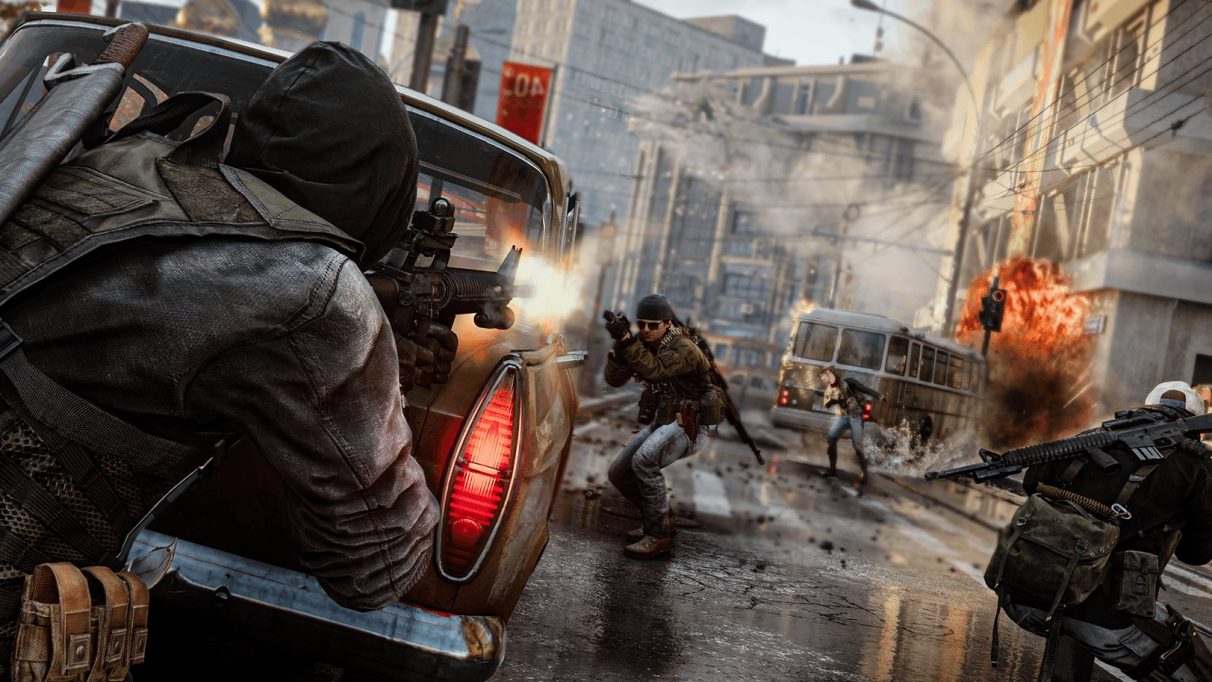 As a pump shotgun, the Hauer 77 is obviously quite slow to fire, but it deals massive damage as long as you're at near-point-blank range. Anything beyond that, and the spread means you're likely to only deal a few points of damage.

A more forgiving shotgun than the Hauer, the Gallo SA12 is a semi-automatic shotgun which allows for very fast follow-up shots. But again, the damage dropoff values are very real, so you'll want to use attachments which extend range and tighten spread.

A surprisingly hard-hitting pistol, the 1911 is hardly going to compare with any of the primary weapons, but it's a reliable backup for when you're caught reloading.

A 3-round burst pistol with higher DPS but lower damage-per-shot than the 1911, the Diamatti's biggest detractor is its high reload time.

The Cigma 2 is a powerful launcher with a built-in lock-on functionality that allows you to take down vehicles with ease. You can also fire it directly at an enemy and it will most likely kill. But it should come as no surprise at all that if you miss your shot, it'll be a long time before you are ready to fire again.

Finally, let's quickly run through all the rumoured Cold War weapons which have not yet been confirmed by the developers or the closed alpha play session:

Remember that this is neither confirmed nor exhaustive, so whatever the case you should expect a sizeable pool of weapons to choose from once Black Ops Cold War is released.

And that's everything we have so far on the weapons of Call Of Duty: Black Ops Cold War. But keep checking back in the leadup to Cold War's release, because we'll be working hard on keeping this page up-to-date with all the latest knowledge!