For the first time ever, there is an official Windows version of Blood, Monolith Software's classic horror-themed FPS. Blood: Fresh Supply is out today, and a subtle update produced by Night Dive and their porting maestro Samuel "Kaiser" Villarreal, brains behind their Turok, Strife and System Shock updates. It's a surprisingly straightforward port to modern systems, retaining the old look while adding widescreen, high-refresh and variable FOV support, mouse-look that doesn't warp perspective and split-screen for up to eight players. Take a look at the fancied up trailer below.

If you've never played Blood before, this is a great excuse. While it shares much of its code-base with Duke Nukem 3D, it's a radically different game, and plays quite unlike any other FPS before or since. There's no pinpoint accurate sniper rifles or reliable assault rifles here. Instead you've got a sawn-off shotgun with a range of about six inches, a tommy-gun that sprays wildly, a few magical weapons equally capable of hurting you and enemies and a whole lot of dynamite. Enemies are twitchy and responsive, so lobbing explosives into a room before you poke your head in is a good idea.

Its enemies have a range of damage resistances, too. Don't expect to achieve much against fat zombies with bullets, and fish-men seem to shrug off improvised flamethower-spraycan attacks. Conversely, a mob of regular zombies can be whittled down quickly with just a quick spray of fire, and the tommy-gun's bullets are quick and lethal against living cultists. You're constantly forced to switch weapon depending on the enemy encountered and at what range, although the (plentiful) dynamite is good against everything - including yourself. Mastering throwing it is half the game.

This release includes both official expansions - the multiplayer Plasma Pak, and the solo Cryptic Passage - as well as Blood's brooding, often-ambient CD music included as an alternative to the default MIDI. It looks good, runs good and doesn't require much faffing around to tweak to personal preference. It's a major step up over the previous official release, which was the old DOS edition emulated via DOSBox. On top of not running too great, it had control input issues, including mouse-aiming that could only poll one axis at a time. Finally, the nightmare is over. 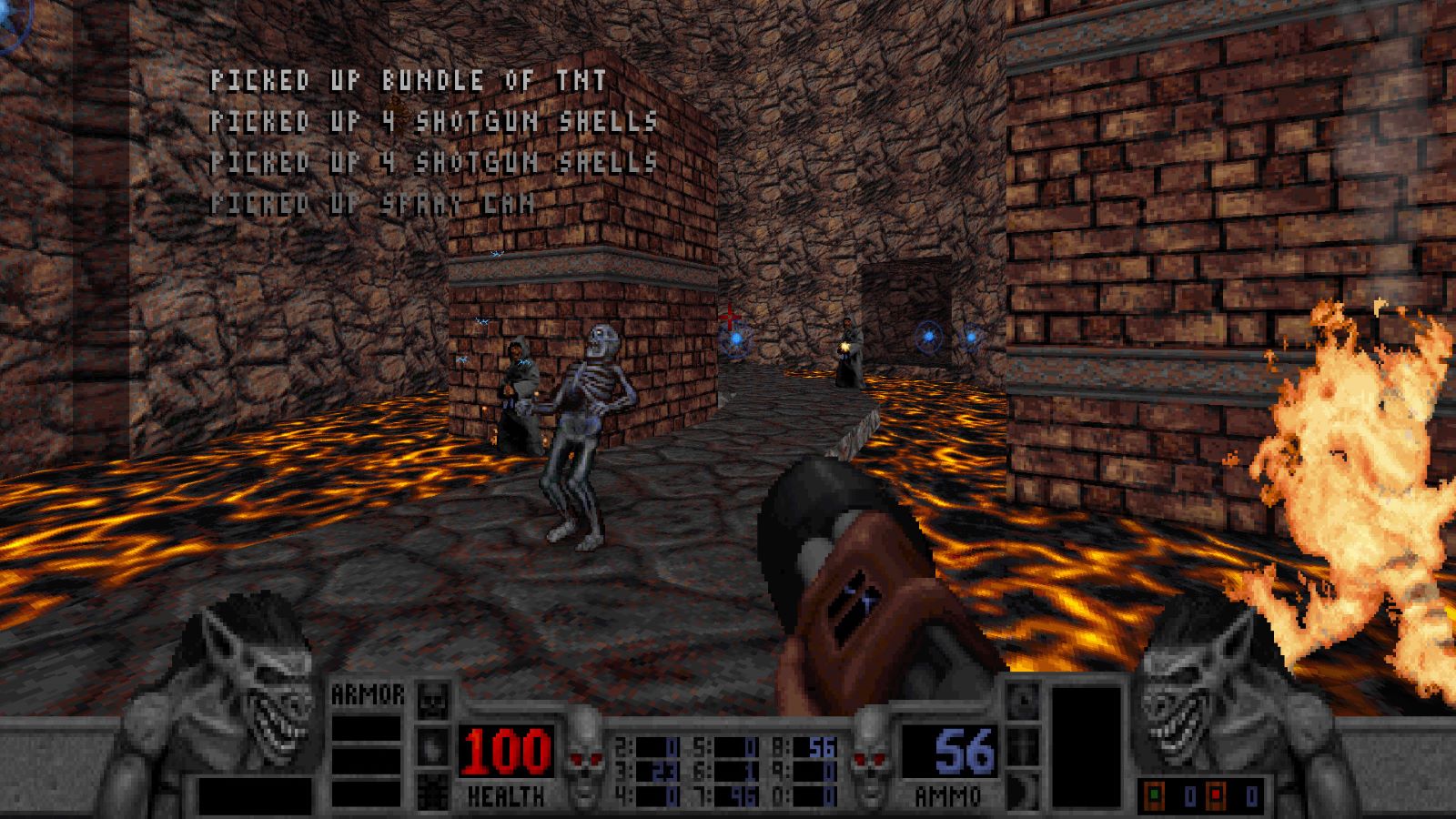 Blood: Fresh Supply even has mod support, which I tested with the enormous Death Wish (available here on Mod DB). While it mostly behaves itself, the engine-straining first level of the second episode crashed me to desktop during my testing. For the moment, the unofficial BuildGDX port is the best way to play mods, but I'd not be surprised if Fresh Supply overtakes it before long.