Developers Stellar Jockeys have been teasing that they weren't quite done with Brigador's grim world of future mech-war, and today they announced the next game in the series; Brigador Killers. Details are slim, but going by the game's BitSummit exhibitor page, it appears to be a direct sequel, due out in "2020". This time, players control a Solo Nobrean hit squad, on an off-world mission to hunt down some traitors - likely the Brigadors you were playing as last time. Below, a couple more screenshots, plus some animated GIFs from the developer's Twitter feed.

Update: The game now has a Steam store page, along with some new screenshots. Stellar Jockeys have mentioned that there will be a greater focus on power-armour and infantry combat in this game, but there's definitely still room for big stompy mech fun.

For those who might not have paid attention to Brigador's story (and you can be excused if you didn't - it was all delivered via easily skipped, albeit excellently written text boxes), it looks like we're hunting ourselves this time. The titular Brigadors were anyone who was willing to take up an open-ended contract for the anonymous Solo Nobre Concern, jump in a mech or jury-rigged tank and start shooting up their planet's own defences. They did a good job, and Solo Nobre - an isolated backwater under independent dictatorial rule - is now part of the larger galactic community again. 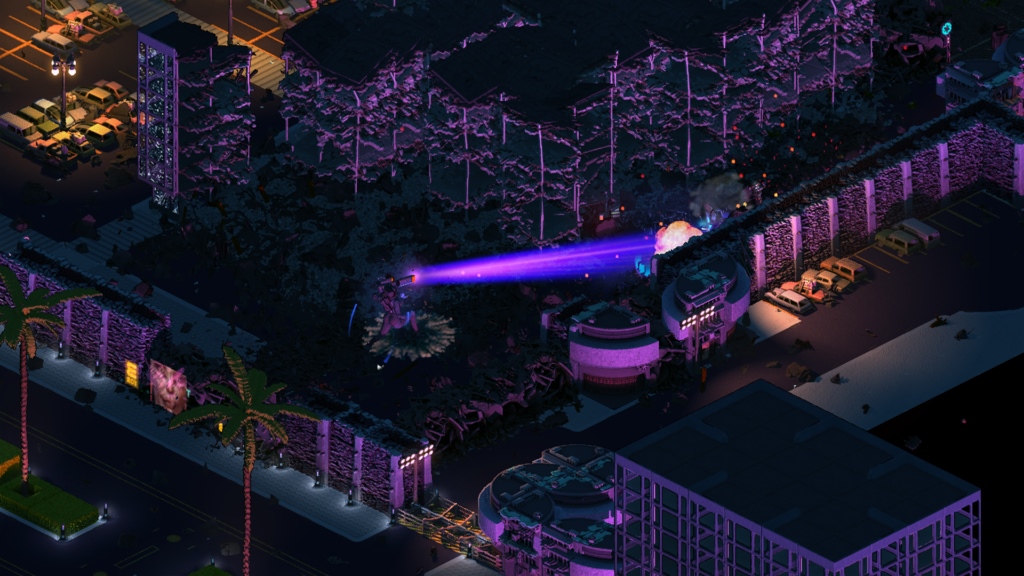 Unfortunately you can't conquer a planet without cracking a few eggs. And by cracking, I mean 'obliterating' and 'eggs' I mean 'cities'. So, there's plenty of reason for the locals to wish revenge on the traitors. An eye for an eye, and the whole world blows up. As well as a new story set on a new planet, the exhibitor page for the game mentions 'revised controls'. When asked about this on Twitter, one of the developers responded that they're adding more options for "those less directionally inclined", but the original's default tank-style controls remain. 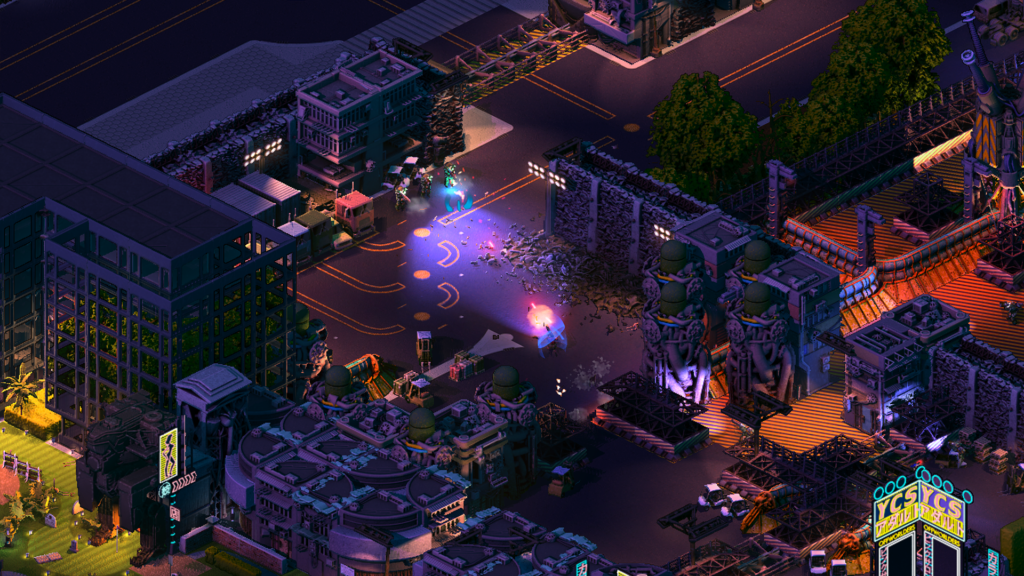 So far, it looks like more Brigador. I am entirely in the market for more Brigador, especially if it brings more variety to the missions. A little bit more of everything, and I'll be happy. Here's a couple little animated glimpses (although a bit dated), including what appears to a a cannon-equipped robo statue on a civilian-squishing rampage.

And some new graphics tech, letting you leave smoking craters around where you've committed war crimes against other civilians.

There's no official page yet for Brigador Killers, but you can see the game's BitSummit page here. We'll hopefully get to see some of the game in action when the show begins on June 1st. If you don't have it already, the original game is on Steam, Humble, GOG and Itch for £15/€16/$20, though I'd recommend spending the extra couple quid on the Deluxe edition which includes a fun tie-in audio-book, and fantastic soundtrack.