One of my favourite games of all time, wot I bang on all the time about, is Pharaoh, the 1999 city builder from Impressions Games, which was the successor to Caesar III and - in many ways - was the high water mark for historical settlement-makers. There has been a Pharaoh-shaped hole in PC gaming for some time, and this time last year, when I put together my list of promising upcoming city builders, it seemed there were a couple of games vying for the twin crowns of the Nile. One of those was Builders Of Egypt, and after having a go on its free demo (sorry, "prologue"), I can confirm it is still exactly that: promising. 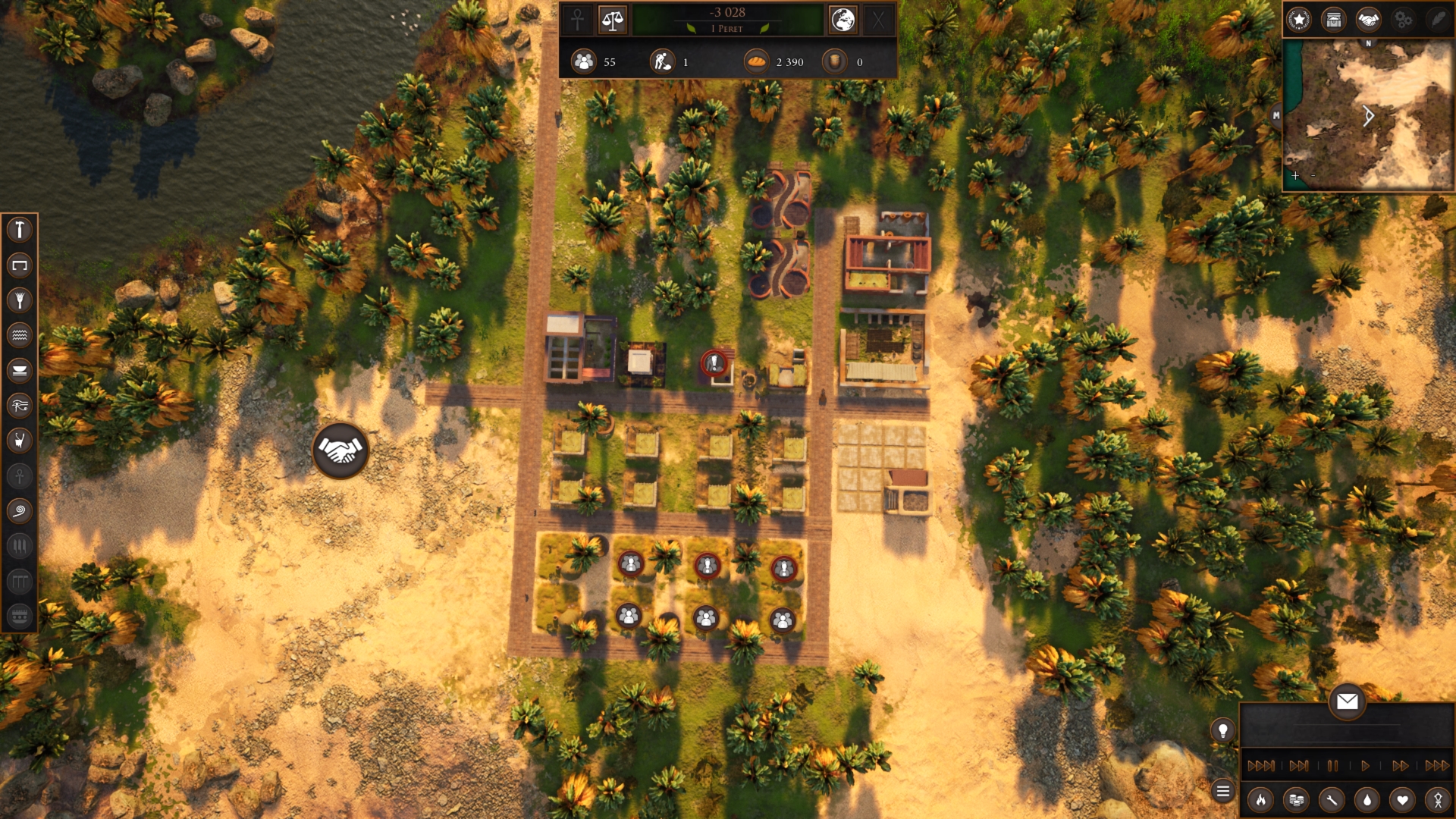 There's really not much to this demo. There's a single map, where you can set up a small settlement, with basic food amenities, and a single resource supply chain (clay -> pottery, or clay + straw -> bricks). Because you can't speed up the game pace yet, I played the starting scenario for aaaaages, but it was a bit of a waste of time. I'd seen the vast majority of the content after fifteen minutes, and the rest was just a case of waiting for numbers to tick up. Did it excite me, however? Yeah, it did - with a couple of reservations. 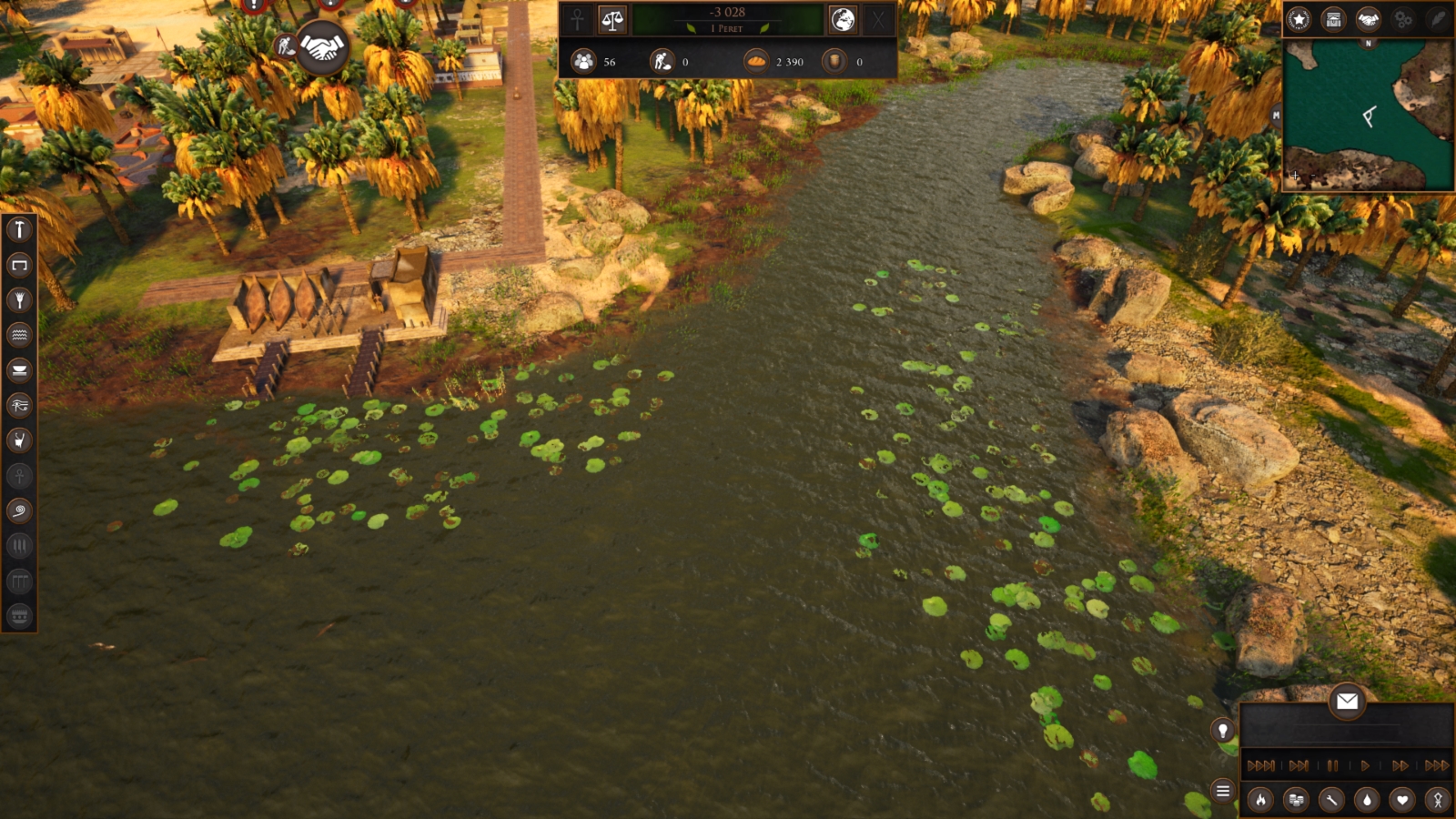 For a start, it's fairly beautiful for a game in its infancy. The Nile in particular - which must be, by definition, the heart of any Egyptian city builder - is lush and full of life, and I was a massive fan of the water lilies in particular. The music was on point too, and if the game can hit the same notes as Pharaoh did with sound design (genuinely, the sound effects, from wind in reeds to grunting hippos, were what made me fall in love with it), it's going to be in very much the right territory, atmosphere-wise. 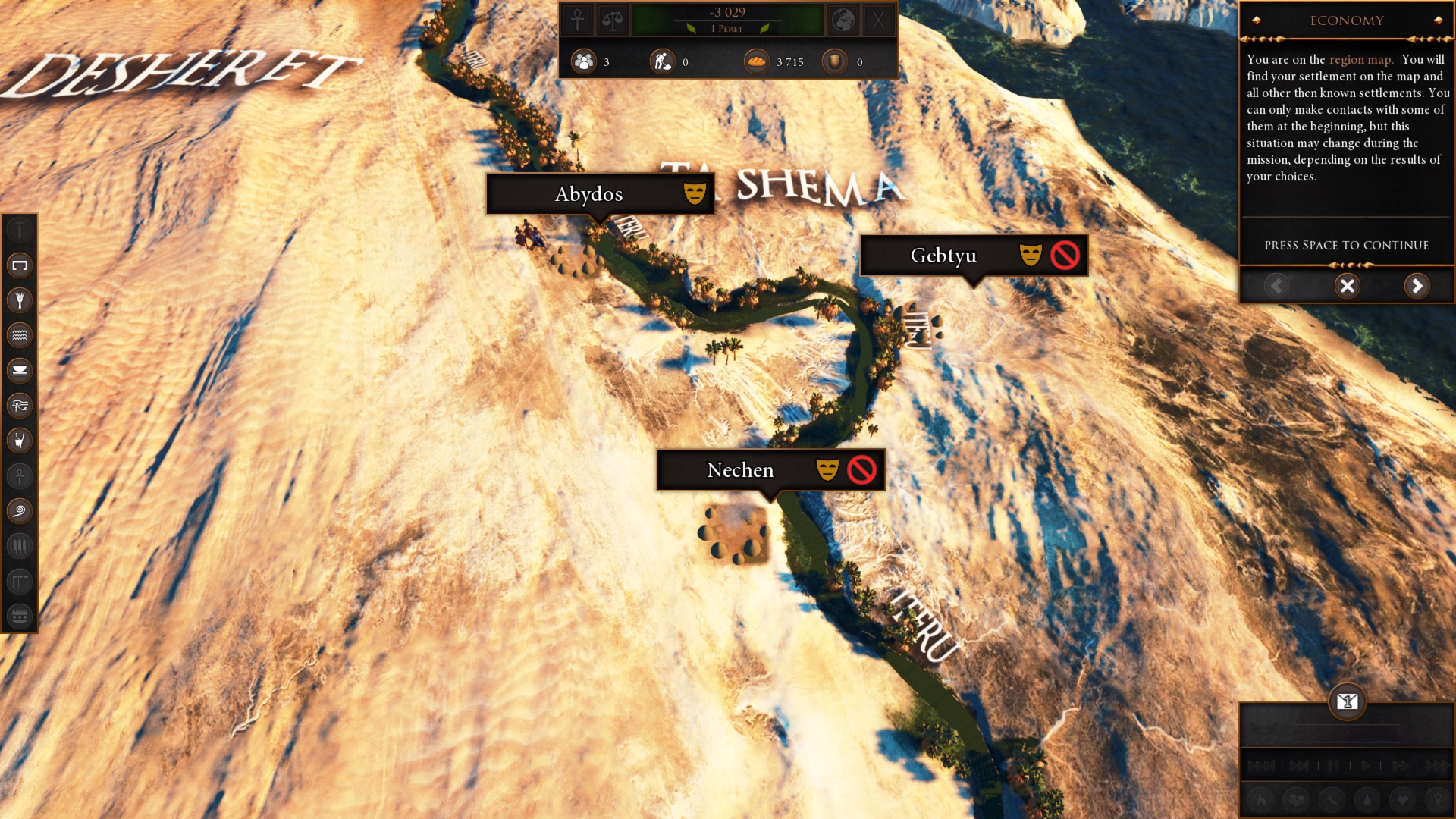 Secondly, I was happy to see that Builders isn't a total carbon copy of the game it's so clearly aping. Yes, the road grids and the housing tier upgrade system are there. And the fucking fire stations (which, by the way, are my most despised staple of city builder games. Seriously, there's absolutely zero fun or strategic challenge involved in having a cheap little building you need to remember to put down for the express purpose of stopping the irritation of fires). Even the resource supply chain was exactly the same. But for all these straight feature ports, there were little differences that I appreciated - the most notable being the arbitrary "gold" currency replaced with twin currencies of bread and beer for paying workers. 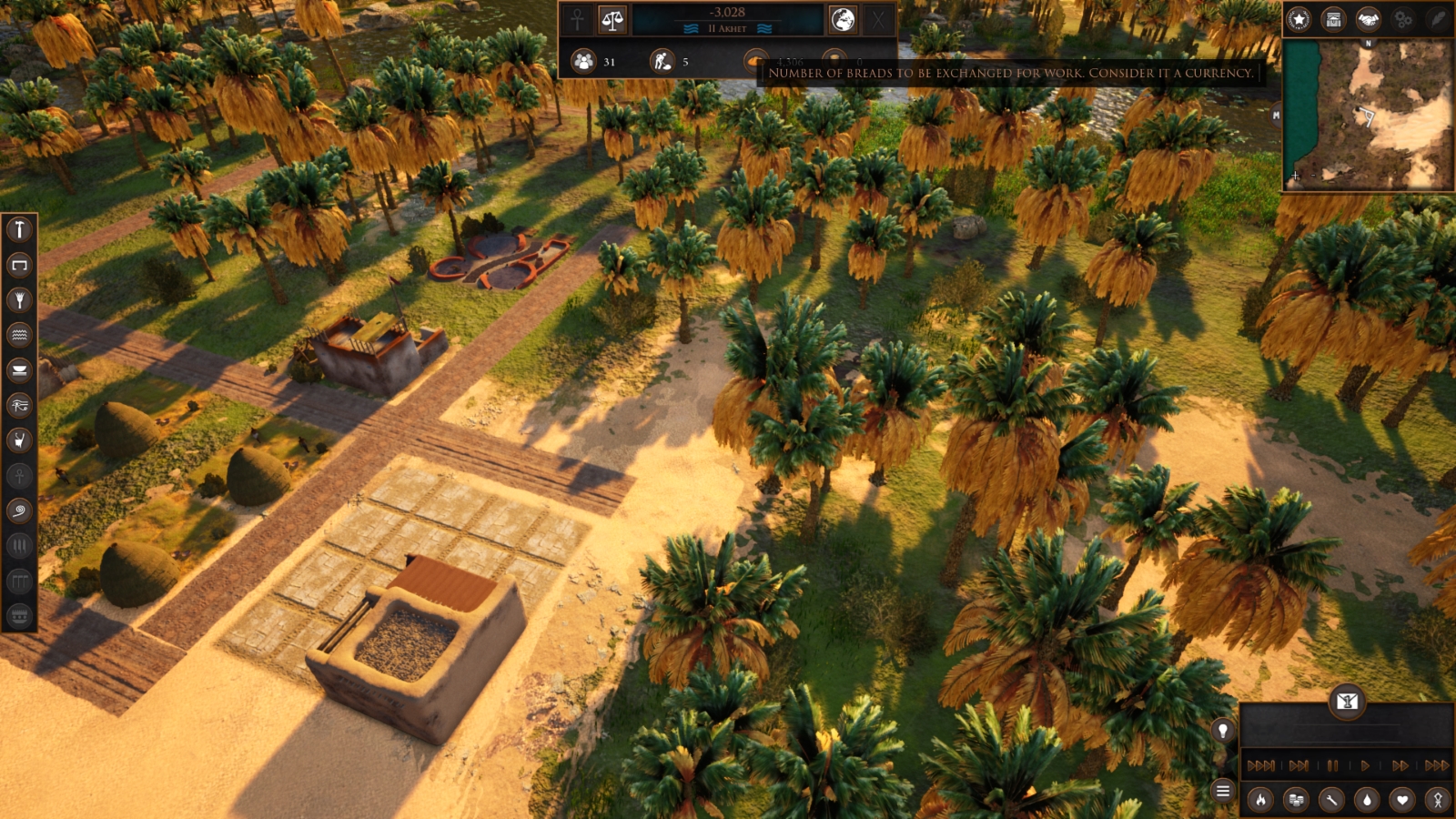 That, I thought, was an extremely cool touch. Or at least, it will be, if it has an impact on the game beyond a cosmetic level. For example, would a brewery or a bakery basically function as a mint, in that case? What about gold mines, when they are introduced - will gold essentially become another trade good? There's a lot of interesting stuff there to play with, if developer Strategy Labs (which used to be just one bloke, but now seems to be a studio, in a publishing deal with "simulator" churner-outer PlayWay) has the appetite to properly flesh it all out. 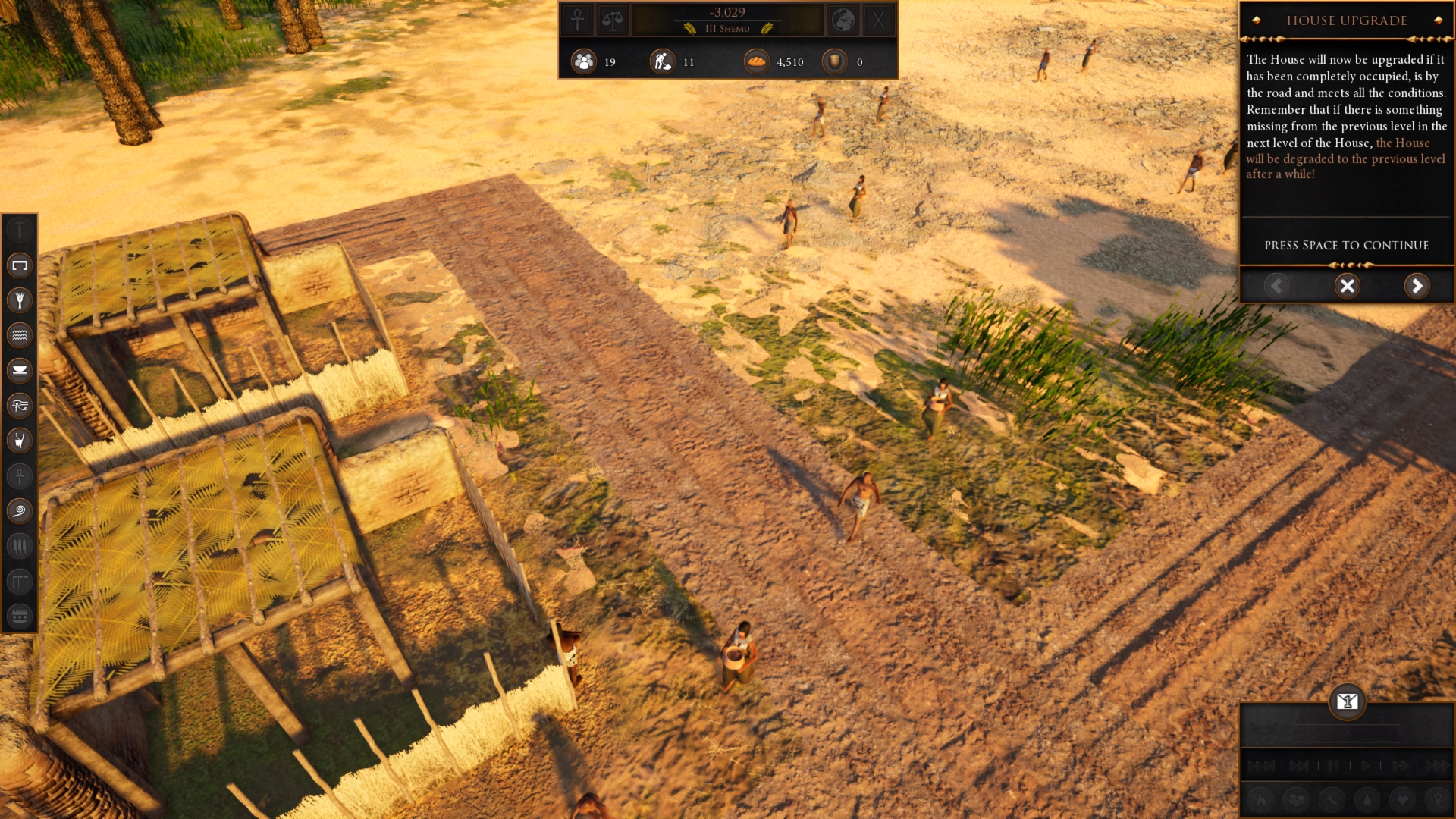 And that's the thing, really. At the moment, I've seen a demo that does the same thing as a million and one other city builders released, or half-finished, in the last twenty years. It certainly gives me a lot more of a reason to keep an eye on Builders Of Egypt, but it's going to take a lot more than some nice-looking lily pads and a brickmaker's yard to make me truly feel like I have united the upper and the lower kingdoms of mighty Kemet once more. 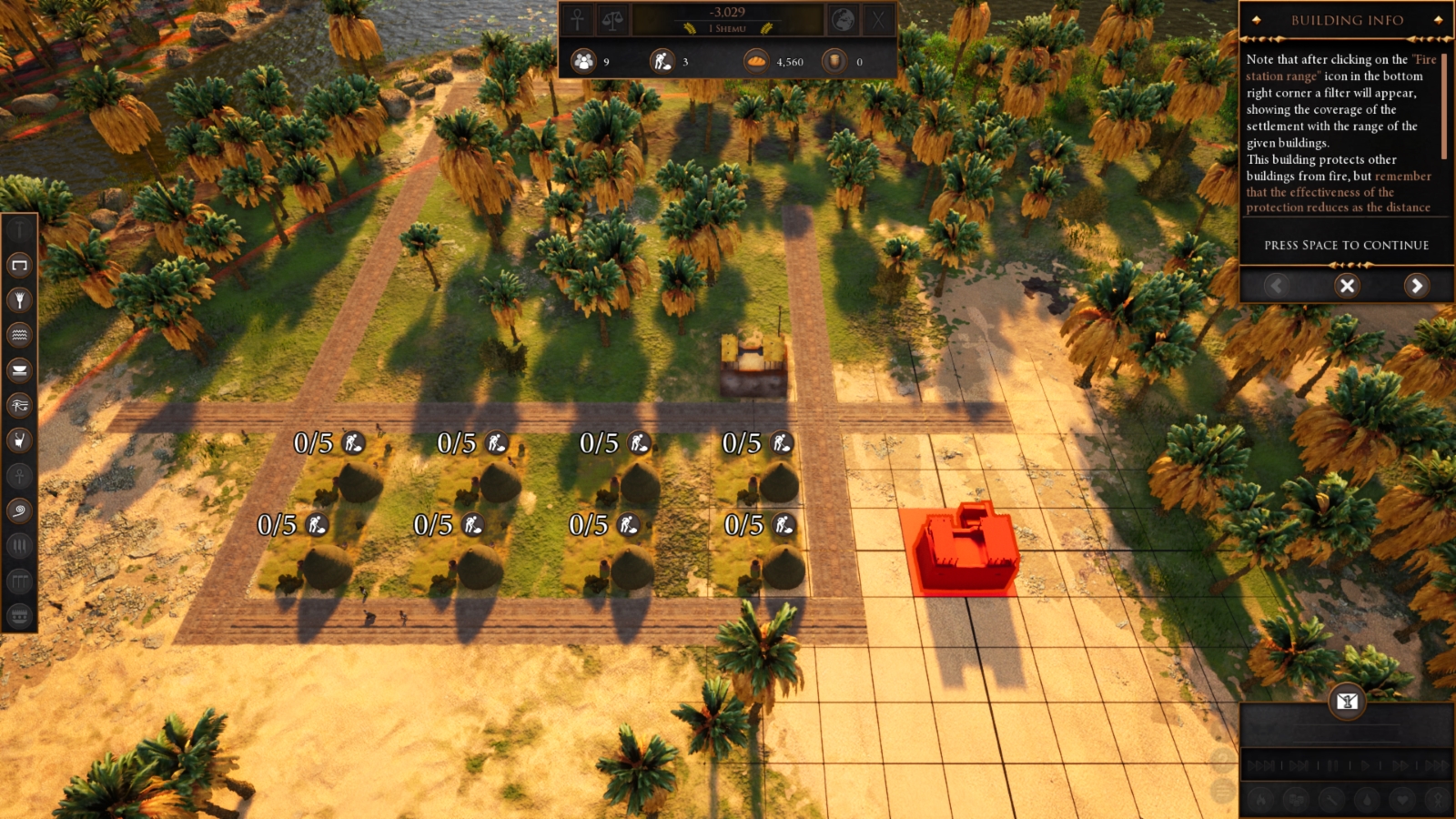