If you've been hankering for some meaty new additions to Call Of Duty: Black Ops Cold War, Treyarch come bearing gifts, many gifts. Season One's big update drops today and it features new maps for Zombies and multiplayer, new modes for both, and an unlockable samurai sword for good measure. A free trial for Zombies also kicks off today and will run through January to 21st, which is a decent opportunity to give the undead a beatdown for precisely zero pounds.

Treyarch's post over on their Twitter page detailed everything that's on the way. First up, the update brings with it a new multiplayer map called Sanatorium alongside a new Dropkick game mode. On the Zombies front there's a new Cranked game mode, but rather disappointingly, a new Zombies Onslaught map reserved only for those who own Blops Cow on PlayStation. To round things off, there's an unlockable Wakizashi samurai sword which will replace your knife's measly stabby stabby with a big slicey slicey.

According to Treyarch community manager Josh Torres, this Blops Cow update is due to go live at 6pm this evening (that's 10am PT and 1pm ET for folks in the US).

I'm excited for the Cranked mode coming to Zombies. As soon as you kill a zombie a timer will start ticking down. If you fail to slay another zombie before this timer hits zero you'll burst in a shower of gore. It's definitely going to add a strong dose of hysteria to proceedings. Also, I've just learned from Alice O that this game mode is an ode to a Jason Statham movie called Crank. Jason must keep his adrenaline levels high otherwise he too will perish, and by "keep his adrenaline levels high", I presume it means lots of fist-fighting. Straight on my watch list.

I was excited for the Zombies map until I realised it was exclusive to PlayStation. I'm absolutely livid.

The new multiplayer map Sanatorium is touted as a "massive new arena" where we'll do battle in a "low-wooded hills area". I've warmed to Blops Cow's large maps featuring boats and bikes, so I welcome a new addition to the beefy club. Here's what it looks like: 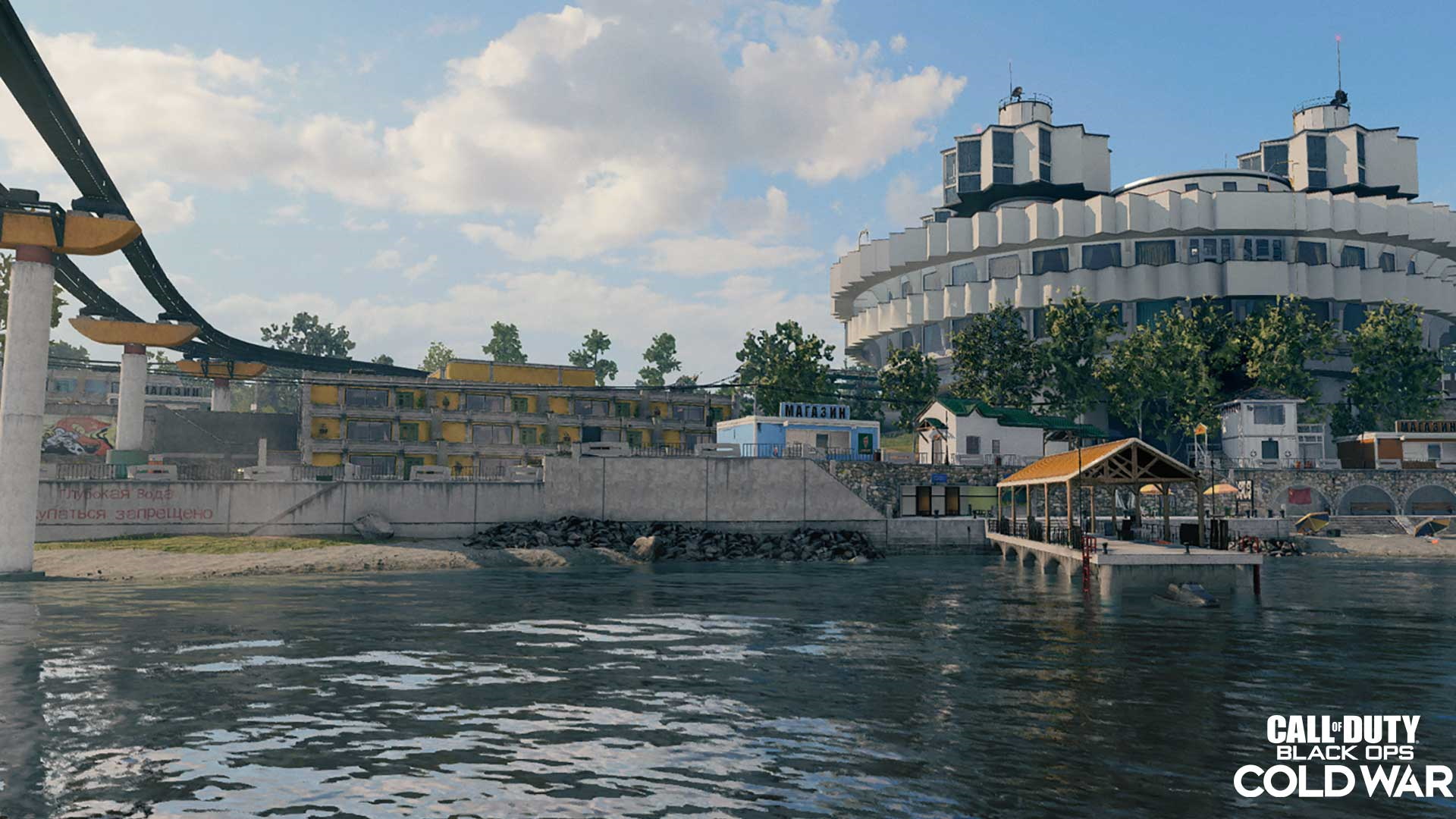 The new multiplayer mode Dropkick sounds different, and I like that. A Call Of Duty blog post earlier this week described it as a "frantic game of hot potato", where two squads must fight to control a suitcase containing nuclear codes. The first team to score 200 points wins and will set off a big ol' explosion. They've not specified how you rack up points, but presumably, it's the team that clings onto the suitcase for the longest amount of time that will emerge victorious.

Let's not forget that Call of Duty Blops Cow's zombies modes will be free to play from today through to January 21st. You'll get to test drive the traditional zombies experience, as well as the new Cranked mode.