A new map has arrived in Call Of Duty: Warzone, the mini murderzone Rebirth Island. This new island is in its own separate 40-player mode, with ye olde Verdansk continuing to offer bigger battles. The Season One update also smooshes in a load of Call Of Duty: Black Ops Cold War, adding over of its 30 weapons to Warzone. And there's a new battle pass. And Cold War has a load of new maps and bits. There's a lot going on.

The new season brings cross-game progression between Warzone, Cold War, and Modern Warfare, so unlocks from the new battle pass are in Warzone too. As ever, the pass offers some stuff to all players but more if you pay. Everyone can get the Mac-10 SMG (at tier 15) and Groza assault rifle (at tier 31) right now, and more new guns will follow later in the season. If you pay for the premium battle pass, you can unlock loads more skins and things.

Back on Verdansk, a new Gulag is set even deeper in the prison, and it recreates part of the classic Nuketown. Rebirth will have its own Gulag too, though its initial mode doesn't use it - in Resurgence, folks respawn at intervals as long as the squad doesn't fully wipe.

How to play Rebirth Island has actually confused a fair people I've seen around, weirdly. Short answer: look for Resurgence Trios in the Play menu. 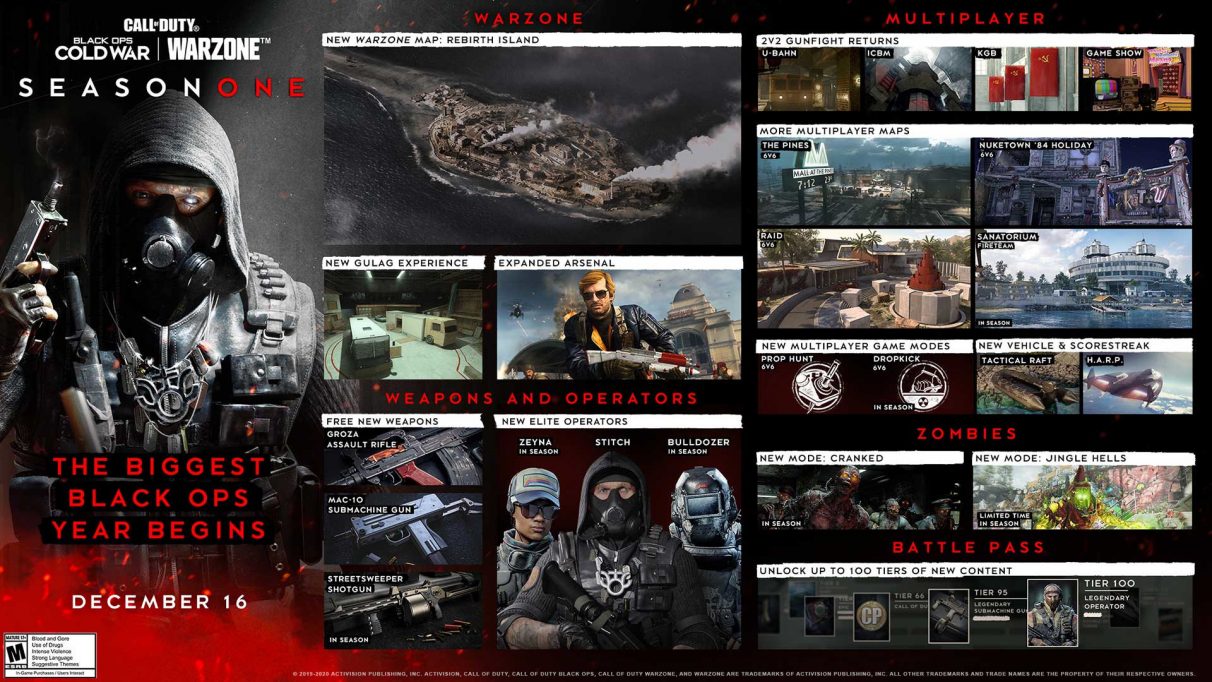 The new season kicks off in Cold War today too. It will bring eight new maps, new modes including oh my god yes Prop Hunt, a new vehicle, and more. Not everything arrives today; plenty will be parcelled out across the season.

See the Season One patch notes for everything. And this blog post for more on the battle pass.