Videogames' extended voyage through the uncanny valley would go on for at least another couple of decades, I'd presumed until recently. Real, believable people conjured from our graphics cards would surely remain a pipedream for many hardware generations to come. Then I played Call of Duty: WW2, and the first cracks appeared in the walls of reality.

All of sudden, videogames can do faces. Amazing faces. Terrifying faces.

I'll try not to tilt into hysteria here - clearly, if an image of a CODman was placed next to a real meatbag, I'd be able to tell the difference in less than a heartbeat. My dumbfounding when I saw CODWW2's faces was not "aaah computer people are real, time to run away and live in the woods", but more "wait, those are convincing faces, with a sense of life and individuality to them that I've never quite seen before." Followed by "I do not want to watch these remarkably believable computer people suffer and die."

COD has always pursued a photoreal approach to art and graphics, which has always carried the peril of not looking convincing enough - plus it means a COD from five years ago has dated visually an awful lot more than a more stylised game such as Team Fortress 2. Backing the wrong horse, thought I. But they stuck the course, and look where they wound up: 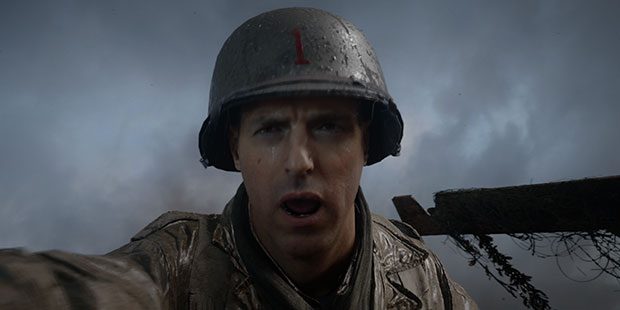 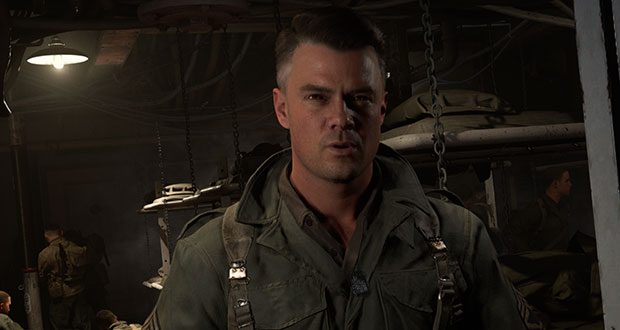 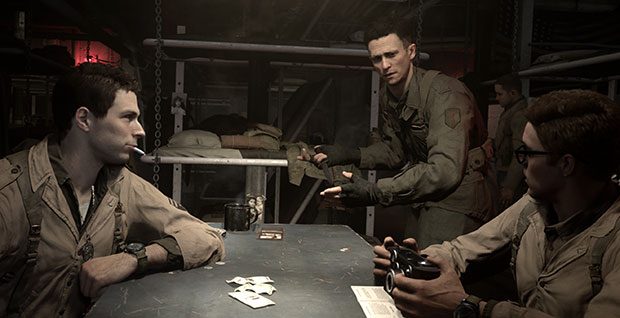 These were all captured in-game at maximum settings and 3440x1440 resolution, and have been cropped, resized and compressed subsequent to that, for the record.

Again I am not arguing that the facial singularity is here, but instead that, very quietly, COD seems to have made a significant step forwards in face-rendering specifically. I experience a degree of discomfort with it that I haven't from anything else - not the uncanny valley, but rather this new sense of seeing a range of micro-emotions pass across these men's faces.

There's all sorts going on in the above scenes - the way NPCs meet each others' eyes, subtle furrowing of brows, raising of eyebrows and pursing of lips that's a long way on from the shifting plates and hinged jaws of yore. Sure, you don't have to look far to find the slight bug-eyes or glassy stare that have long been realtime-rendered characters' tell, but the degree to which it is ameliorated in CODWW2 is truly startling.

Yes, the quality of the characters is noticeably higher in cutscenes and up-close-and-personal (and super-irritating) quicktime melee struggles than it is in all-out action sequences. However, the impression/illusion created by the more controlled scenes lingers enough in the run'n'gun ones that I feel haunted by some sense that these are individual people, with their own faces and personalities. People I don't want to see die.

I am glad, for instance, that this man's eyes are closed: 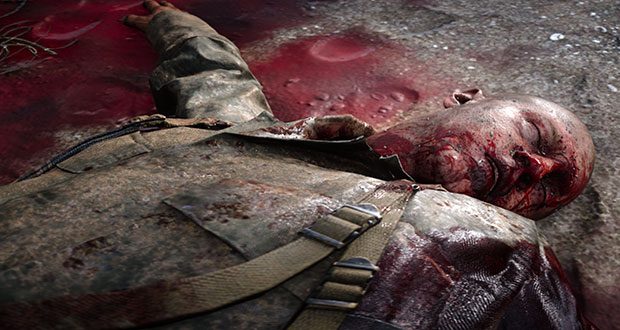 I was genuinely distraught as this broadly-written but nonetheless distinctive cutscene chum took a potentially fatal wound. 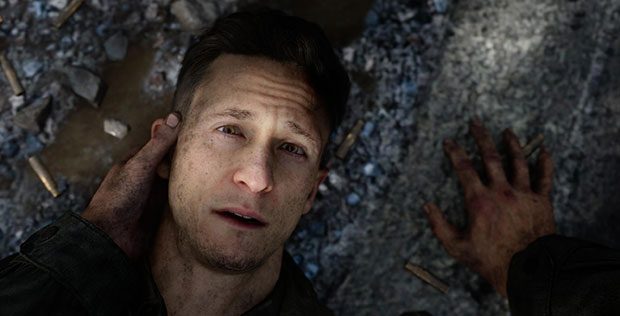 And, as we grappled, I felt this man's hate for me, saw the murderous impulse in his eyes: 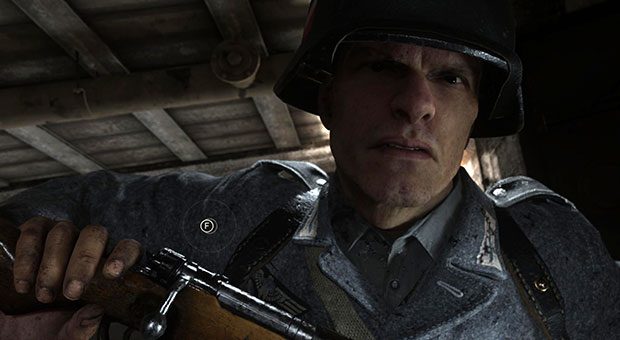 I'm not saying it's real. But I'm saying it's an awful lot more convincing than anything else I've played in my life, and, though I have shot millions of pretend people in hundreds of games before now, I find there to be something eerily present about these ones. Something new that makes my blood temperature drop a few degrees as I watch them, or make them, die.

Games can do faces now. What happens next?