English heavy metal band Iron Maiden, or their business company Iron Maiden Holdings Limited, are suing 3D Realms with allegations that retro FPS Ion Maiden is causing confusion and muddying their brand. They want $2 million (£1.56m) in damages for trademark terror. Ion Maiden is a pun on the words "iron maiden", though whether it's riffing on the name of the band or the apparently-not-medieval torture device may be up for contention. Maybe they'll claim it's an homage to Margaret Thatcher and we can just explode the world right now.

Ion Maiden is a Duke Nukem-stylee throwback FPS made by Voidpoint and published by 3D Realms, currently in early access and headed for a full launch later this year. Our former John (RPS in peace) thought it's pretty deece and no, he insisted, "This isn't about nostalgia – that's really important to make clear." 3D Realms selling the game and merchandise like t-shirts has got the Iron Maiden holding company's dander right up.

Iron Maiden Holdings filed the suit in California on Tuesday, and Blabbermouth took a peek at the documents.

The suit claims, Blabbermouth report, that the name Ion Maiden "is nearly identical to the Iron Maiden trademark in appearance, sound and overall commercial impression." It claims this is intentional by 3D Realms "in an effort to confuse consumers into believing [their] products and services are somehow affiliated with or approved by Iron Maiden." This is supported by pointing to online posts about Ion Maiden where commenters seem to think it's related to Iron Maiden.

The suit has a variety of claims of varying iffiness. For starters, that the name of protagonist Shelly "Bombshell" Harrison is "an attempt to copy the name" of Iron Maiden bassist Steve Harris. The "steel cut font" of the game's logo is claimed to be too similar to Iron Maiden's metalwords. The skullbomb icon of Ion Maiden is supposedly "graphically similar" to Iron Maiden's completely-different-looking zombieman mascot Eddie. And here's a good'un: Ion Maiden the first-person shooter supposedly has "the same look and feel" as Iron Maiden's mobile game, the turn-based Iron Maiden: Legacy Of The Beast. 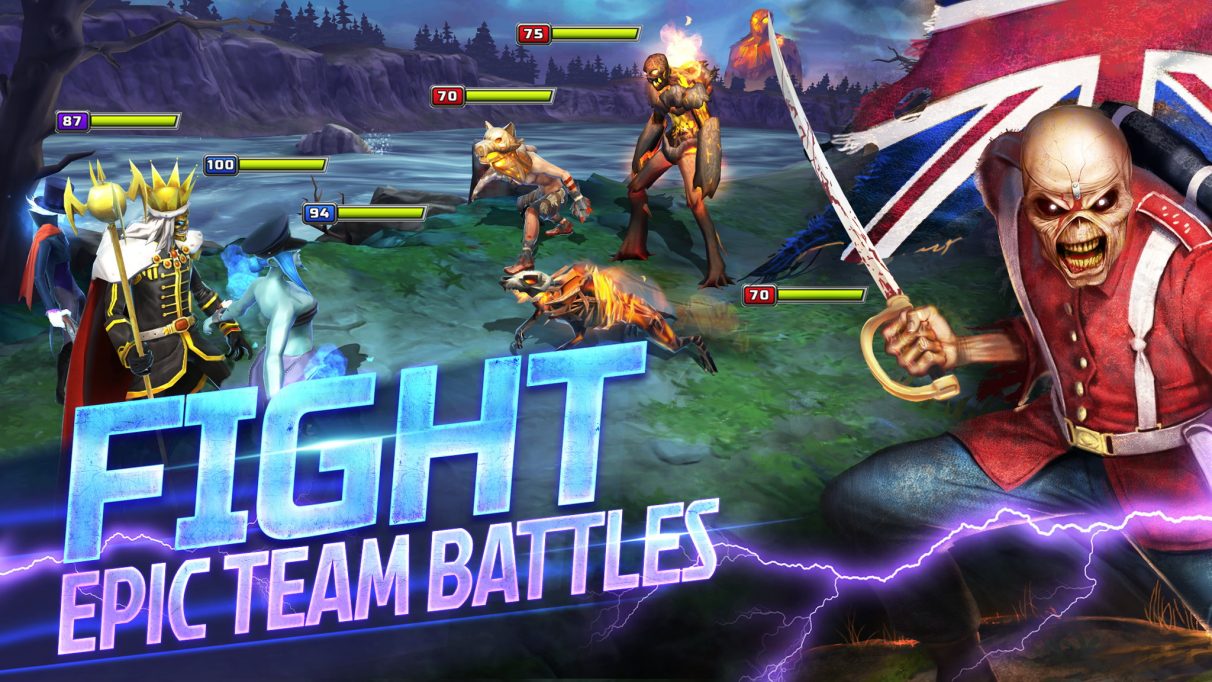 Sure, I'd say Ion Maiden is positioned as part of the same brash and thrashin' culture as Iron Maiden. The band is likely the "iron maiden" 3D Realms are riffing on rather than the steely deathbox - or the torture device [Alice... -ed.]. I don't doubt 3D Realms are happy when Ion Maiden makes people think about Iron Maiden. The lawsuit still seems to massively over-reach. Let's hear it for trademark law, chums. 3D Realms are undeterred, for now.

"We at 3D Realms, our co-publishers 1C Entertainment, and developer Voidpoint will review our options once we receive official notice of the lawsuit and will make any necessary decisions at the appropriate time," the publishers responded in a statement this morning.

"Regardless, everyone continues to work diligently on Ion Maiden to deliver the best possible experience later this year."

This isn't the first time the name has caused legal troubles for 3D Realms. They did try to trademark Ion Maiden in 2018 but abandoned that attempt after Iron Maiden Holdings objected. The lawsuit points to this as evidence that 3D Realms know Iron Maiden exist and are trying to trade off their name.

Iron Maiden Holdings Limited's lawman, Kenneth Feinswog, has lawfought for the brands of other musicians before. In 2010 he went after comic book biographies of Lady Gaga and Justin Bieber, as reported on Bleeding Cool, and had done the same back in the 90s for New Kids On The Block and Mötley Crüe.

Hey, you want to wrap this post up with a paragraph of pure brandhell? Let's go. Ion Maiden has roots in another brand dispute because it's a spin-off from the rubbo third-person shooter Bombshell. That game was once meant to be Duke Nukem: Mass Destruction but got rebranded and reworked following a lawfight between 3D Realms and current Duke Nukem owners Gearbox Software. Oh, and this 3D Realms? It's not ye olde American crew who made Duke Nukem, rather what Danish company Interceptor Entertainment renamed themselves after purchasing the dregs of 3D Realms. BRANDS! Mark that copy traded, right?

Ion Maiden is still available on Steam Early Access. 3D Realms, should you need to rename it, I'd suggest avoiding Mötley Pëw. Our Graham has piped up with "Hot Lead Zeppelin" and "Guns 'n' T-Poses," and has duly been fired.