It's been five years since Toby Fox graced our lives with Undertale, so let's watch a concert to celebrate. Streamed last night, Undertale's Fifth Anniversary concert saw the Music Engine orchestra perform songs from the soundtrack for over two hours, as well as piano performances from Toby Fox himself.

Fox also took the anniversary as an opportunity to provide an update on second chapter of Deltarune, the next part of his quirky, twisty RPG series.

Over the last couple of years, Fox says he's spent a lot of time "writing, composing, designing and drawing" to pull together everything he needed to create Deltarune Chapter 2. The (sort of) sequel is a more complex beast than Undertale, though, with more involved graphics and systems and a plot that's "much harder to tie together".

"The good news is that a few months ago, I completed a significant milestone regarding the game's design. I completed readable outlines for every chapter in the game, including first-pass dialogue for almost all the cutscenes, examples of the music, etc," he says.

"Although certain details are still hazy, the flow of the game and all major events and battles that take place are now clear." 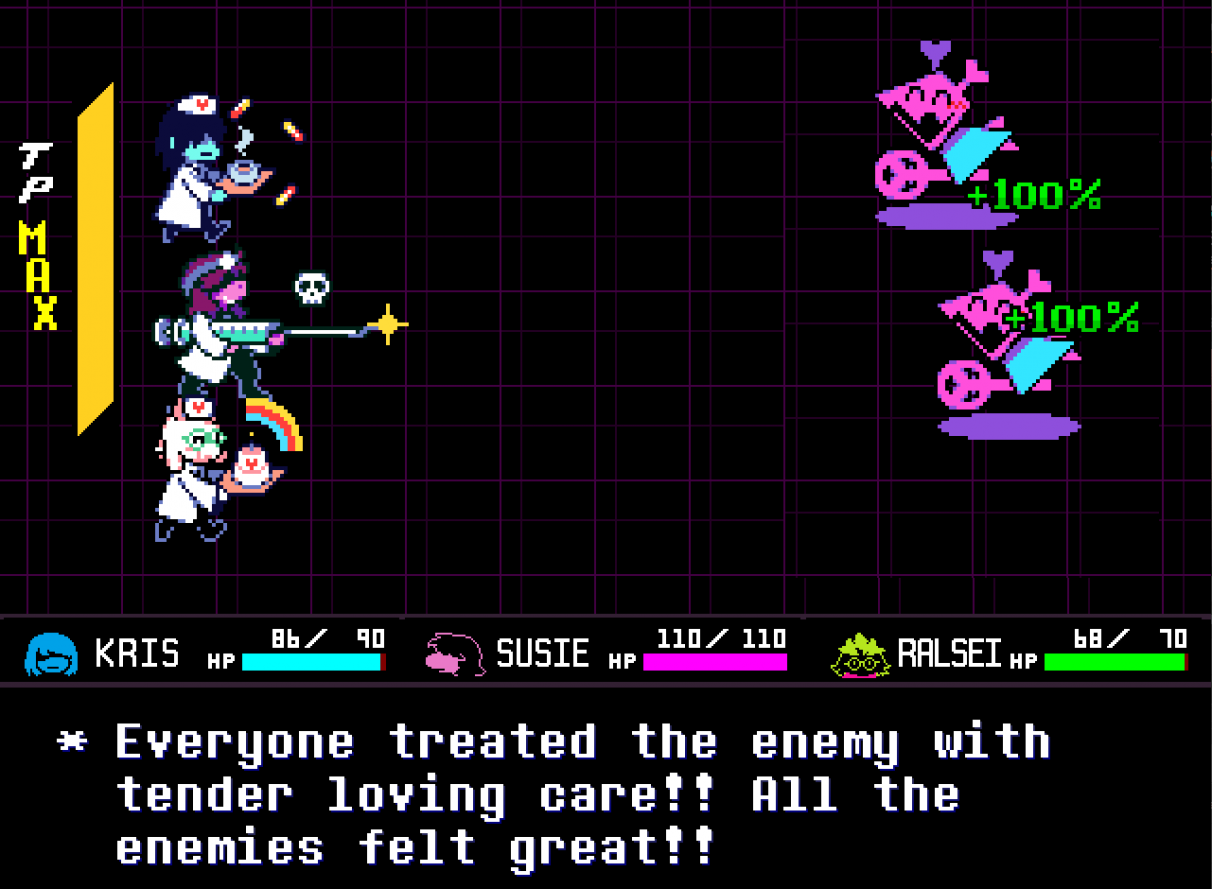 Fox has been properly building Chapter 2 since May this year, after deciding to switch the game engine Deltarune was being made in, only to switch right back again. Despite that, it all sounds like it's coming along pretty well.

"A lot of progress has been made since that time. I believe we can complete this chapter, content-wise, before the end of the year (not accounting for translation, bugtesting, and porting)," he writes.

"I feel very confident. And the strange thing is, even though we ended up using the original engine, I don't regret the lost time, either. Not only was I still busy designing the game, but during that long period, I was able to think of many ideas that make the game's story and characters better."

The post goes on to explain that Fox is now working with a team to get Deltarune done. Being a solo developer seems hard enough, yet on top of that Fox says he's struggled with awful wrist pain making it difficult to play piano and use mouse and keyboard - you know, the main things required to develop a game.

He says he's also looking for more people to help out with the development of Deltarune, popping a list of the sorts roles he's looking to fill in the post. He mostly needs a new wrist join him full-time, though, if you happen to know any looking for work.