I really wasn't kidding when I said the hot topic of this year's CES was mad gaming monitors, as Acer have just their giant Predator CG552K screen. Measuring 55in across its diagonal, this 4K, 120Hz OLED screen could be just the thing to replace your ageing TV with if you're after some lovely big screen gaming down in your living room.

Of course, 55in gaming monitors aren't exactly a new concept. Indeed, it was at CES 2018 that Nvidia initially announced their family of BFGD displays (or Big Format Gaming Displays to you and me), and the first one to make it out the door was HP's Omen X Emperium, which finally arrived in February 2019.

Asus and Acer are also meant to be making Nvidia BFGDs, but so far we've seen neither hide nor hair of them. Asus' PG65 does, at least, have a proper product page on their website, but Acer's seems to be perpetually stuck in development hell. It wasn't mentioned at their global press conference last summer, and it hasn't been brought up again at this year's CES yet, either.

The Predator CG552K might be the next best thing, though. It doesn't have any HDR support unfortunately, but this jumbo OLED screen has a wider variety of ports than most 55in TVs (two DisplayPort 1.4 inputs, three HDMI 2.0, USB-C and four regular USB ports) and will play nicely with all types of graphics cards thanks to its Adaptive Sync support. The latter means that both Nvidia and AMD GPU owners will be able to make the most of its 120Hz refresh rate, ensuring smooth, stutter and tear-free gaming regardless of what kind of graphics card is sitting inside your PC.

The CG552K also has a built-in proximity sensor that will wake up the display when you come within range of it and put it back into power-saving mode when you leave, as well as a light sensor that will automatically adjust the screen's brightness levels so you don't strain your eyes. The only concern I have about the CG552K is the fact its brightness peaks at just 400cd/m2, which really isn't very high for a $3000-odd gaming screen. Indeed, most OLED TVs at half that price can hit 1000cd/m2 these days, and have HDR support to boot.

As a result, the CG552K has a rather large uphill battle ahead of it if it's really going to make a proper play for your living room, but I'll reserve judgement until I get my hands on a review sample later in the year. 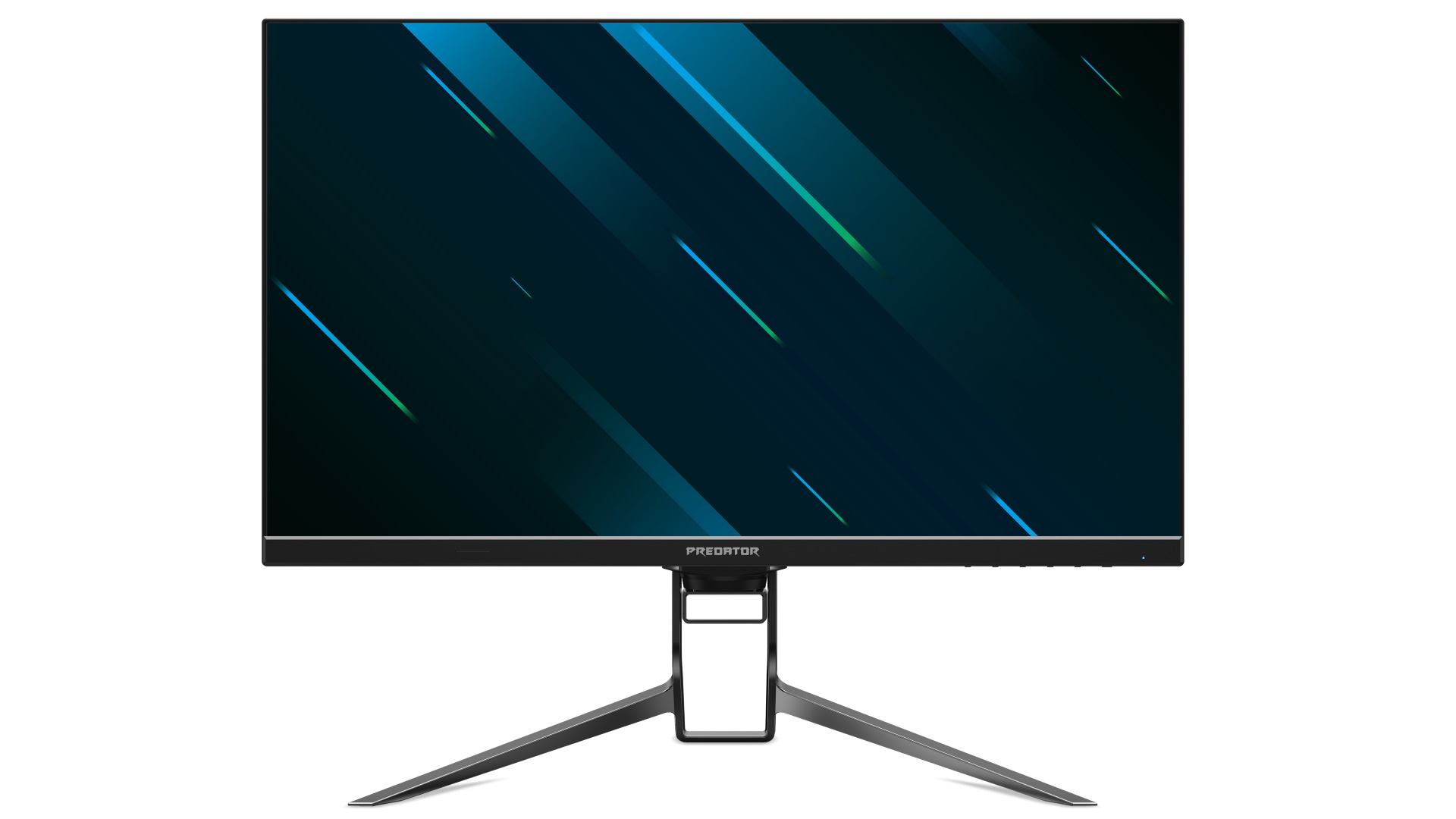 For those who'd rather keep their gaming PC tied to their desk, though, there's plenty to like about Acer's other CES 2020 monitor announcements. First up is the Predator X32 (pictured above). This 32in Nvidia G-Sync Ultimate display is very much Acer's equivalent to Asus' newly-announced ROG Swift PG32UQX - a 4K IPS panel backed by a massive 1152 backlight zones for its HDR gubbins, a 144Hz refresh rate and a peak brightness of 1400cd/m2, making this one whopper of a gaming monitor.

It's also going to make a whopper-sized dent on your bank account, too. Whereas Asus didn't make any mention of price in their PG32UQX announcement, Acer have said the Predator X32 is going to start at $3600 when it launches sometime between April and June later this year, making my earlier prediction of around £3500 / $3500 just about right.

If anything, I'd imagine the Asus will end up a touch more expensive than the Acer, due to their eternal obsession with rainbow-coloured LEDs. It happened with Asus' ROG Swift PG27UQ, which ended up being more expensive than Acer's Predator X27 last year despite using exactly the same panel, and I wouldn't be surprised if the same thing happened again here. As a result, expect to see a similar kind of monitor war between these two screens as there was for the PG27UQ and X27. 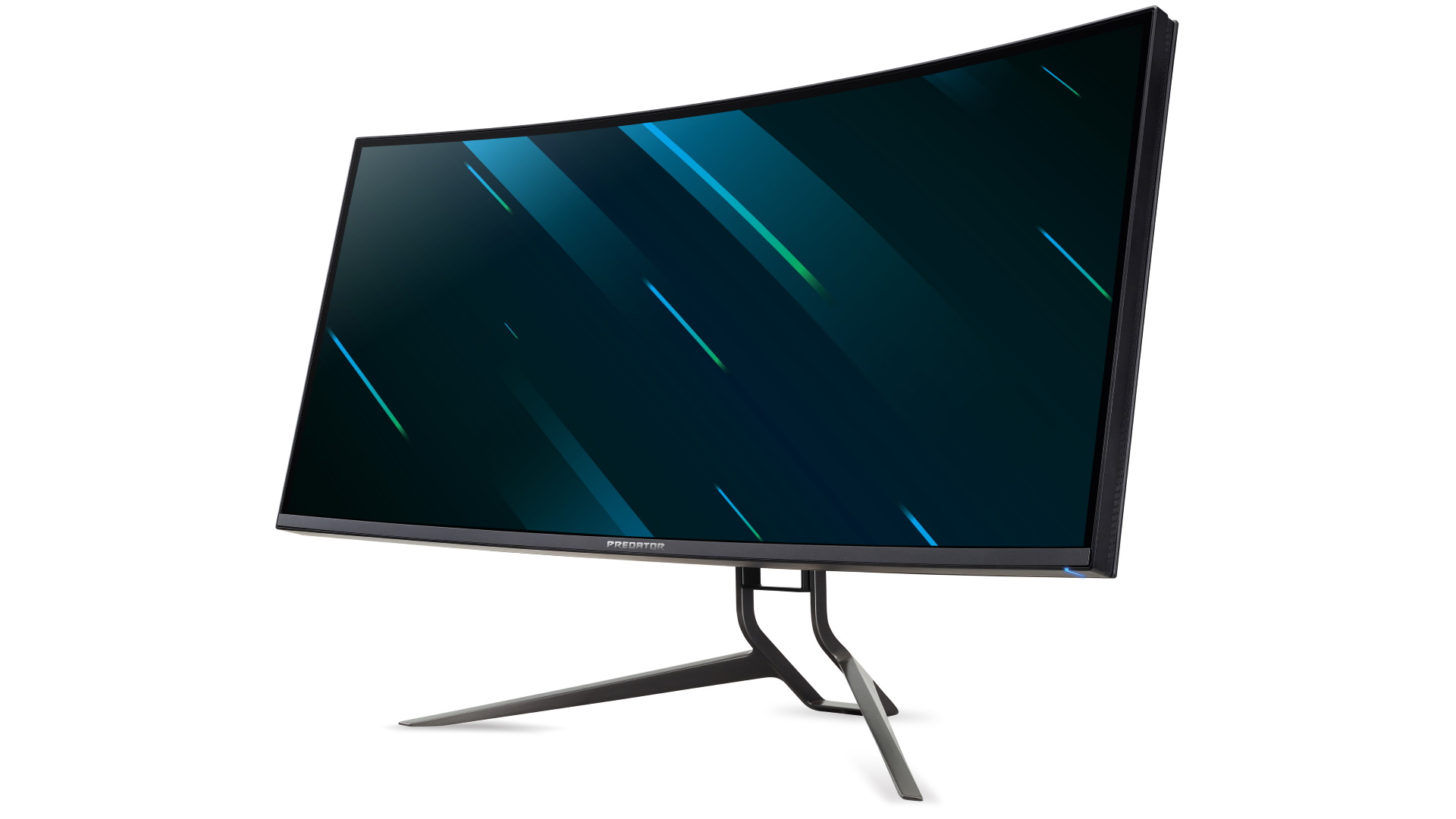 Finally, there's the Predator X38, Acer's new curved ultrawide beasty. With a 3840x1600 resolution and a curvature radius of 2300R, this Nvidia G-Sync display has a 175Hz refresh rate and VESA DisplayHDR 400 certification. Acer haven't confirmed what type of panel it has yet, but with a claimed 98% coverage of the HDR-grade DCI-P3 colour gamut, it sounds pretty darn lovely.

Naturally, the cost of the thing is significantly less appealing, as Acer have currently got it starting at $2400 when it launches later this April. Will it be worth the expense? Hopefully I'll be able to find out in a couple of months time.