Facepunch Studios - them behind Garry's Mod, Clatter, and Rust - have just released Chippy, a minimalist, colourful twin-stick bullet hell shoot 'em up. Can a bullet hell really be called minimalist? I guess that leaves more room for the actual bullets. I'm also guessing it makes some space for all these gigantic bosses Facepunch have left lying around everywhere. I probably could have tacked the words 'boss rush' on to the other two genres, to be fair, but that would have created a hyphenated genre cluster the likes of which I'm not sure the world is ready for. It's Friday. Friday. Got to run out of imaginative ways to describe games by Friday. Does look good though, doesn't it? Look at that giant eye! He looks like he's just stepped on someone's very small dog. Let's shoot him for it, mates! 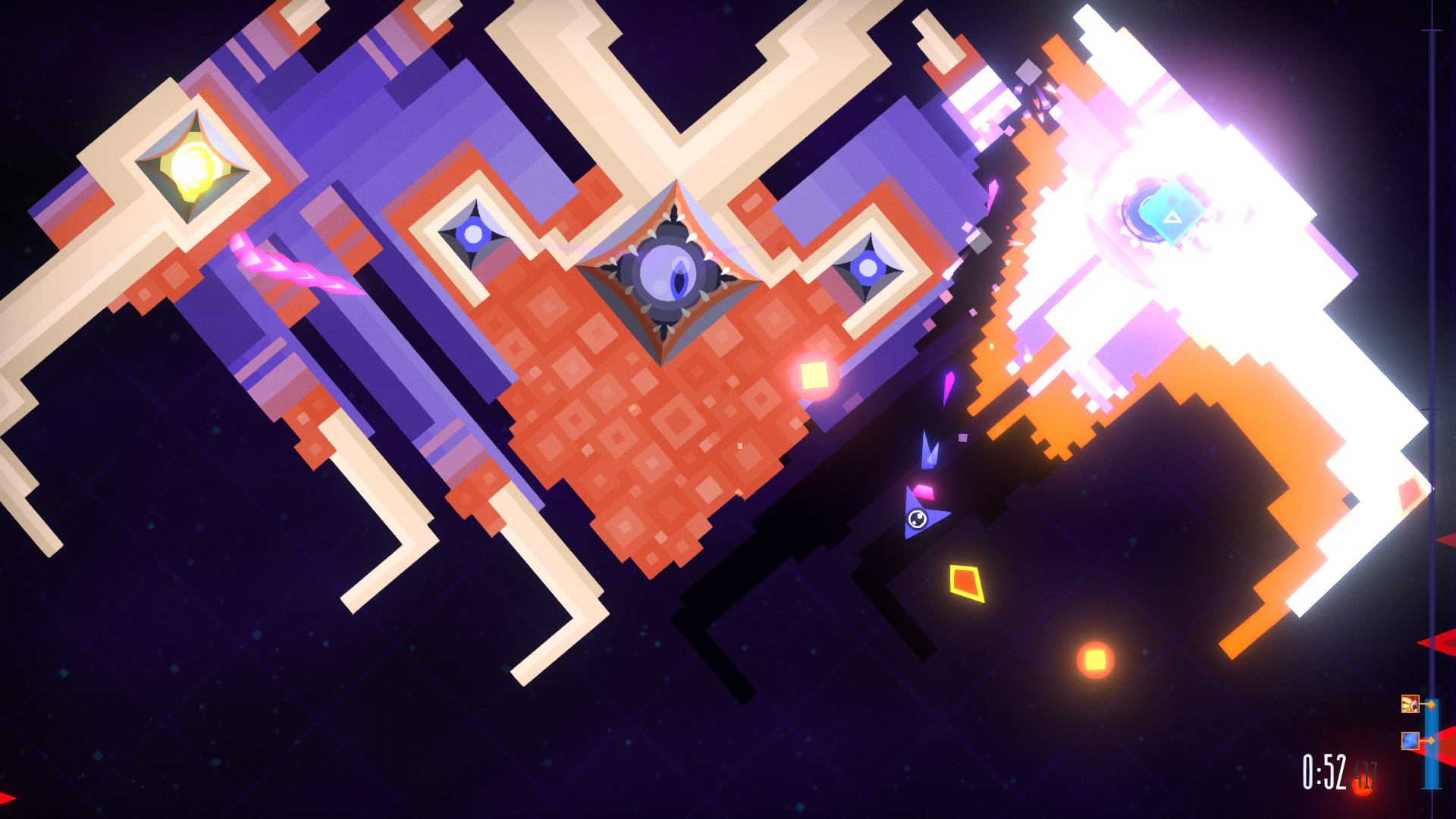 Chippy revolves around 14 multi-part bosses, which players will have to chip away at until eventually reaching the core (which I'm thinking those eyeballs might have something to do with), and putting them down for good. It sounds, conceptually, like a take on the screen-filling behemoths you'd get at the end of classic schmups, only without all the preceding little guys.

You'll be able to capture your own replays, as well as jump into other player's. It's also meant to be tougher than a deep fried eyeball, which is metaphor I came up with by combining the word 'eyeball' with the word 'chippy'. It's Friday etc. You'll die a lot, and Facepunch will laugh at you for it from their tiny bunker, but then you'll get better, collect some powerups, and mess those big pixelated monstrosities right up.