Clambering over rubble that, moments earlier, was a stout brick wall, Sergeant Nelson's squad find themselves on the ground floor of a windowed two-storey west-facing storeroom. To the south the coast seems clear. To the north, in the chamber codenamed 'LEAD' by Colonel Croesus, a sandbagged Pak 40 anti-tank gun waits patiently for passing trade. The gun crew are expecting dawdling side-on Shermans 50 metres away. They are not expecting a dozen grizzled GIs within spitting distance. 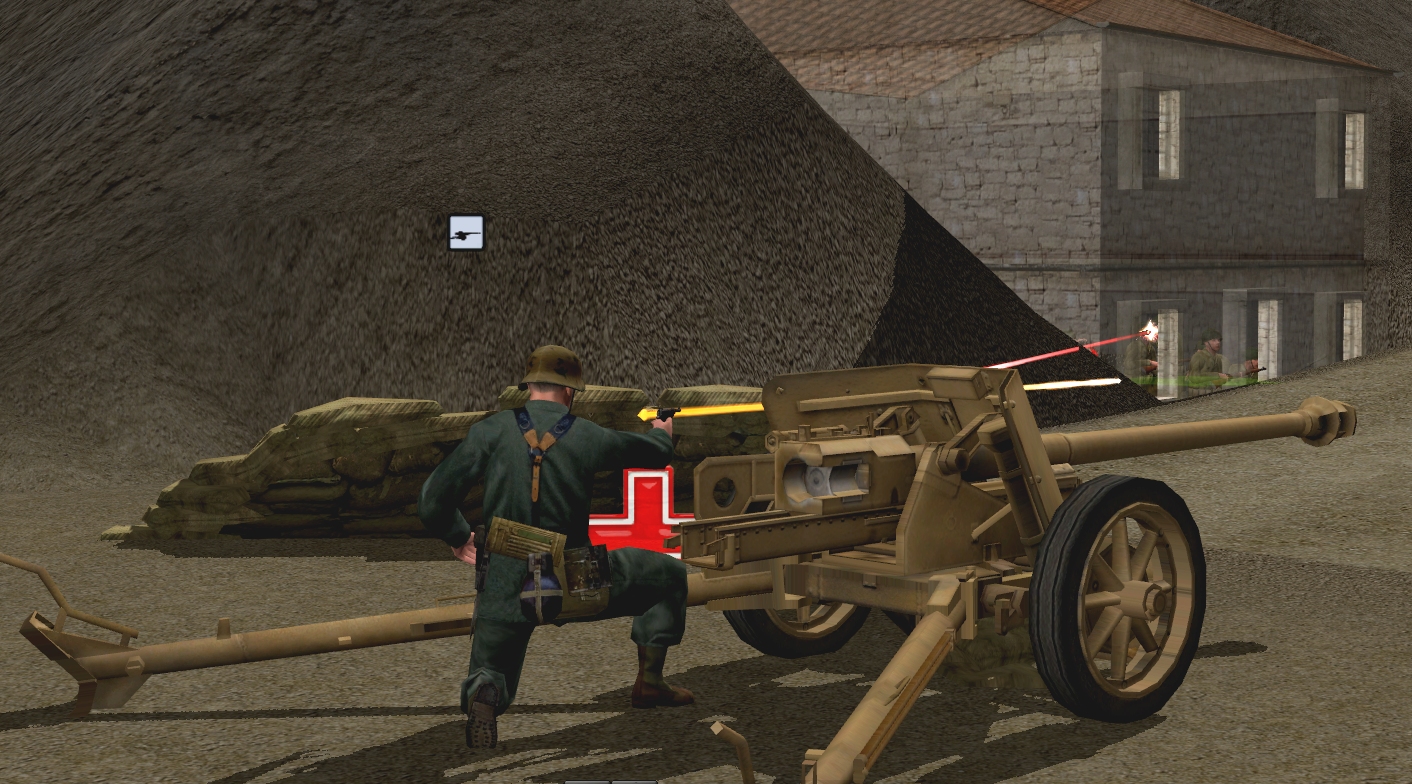 Having refused to split while jogging through the foot tunnel, all of 1st Squad end up on the ground floor of the storeroom. The position of the Pak 40 means they can't bring all their weapons to bear, but soon enough Garands and BARs are spitting lead that all return fire ceases. Two of the surprised anti-tankists were definitely hit. The others, invisible at present, are probably taking cover. 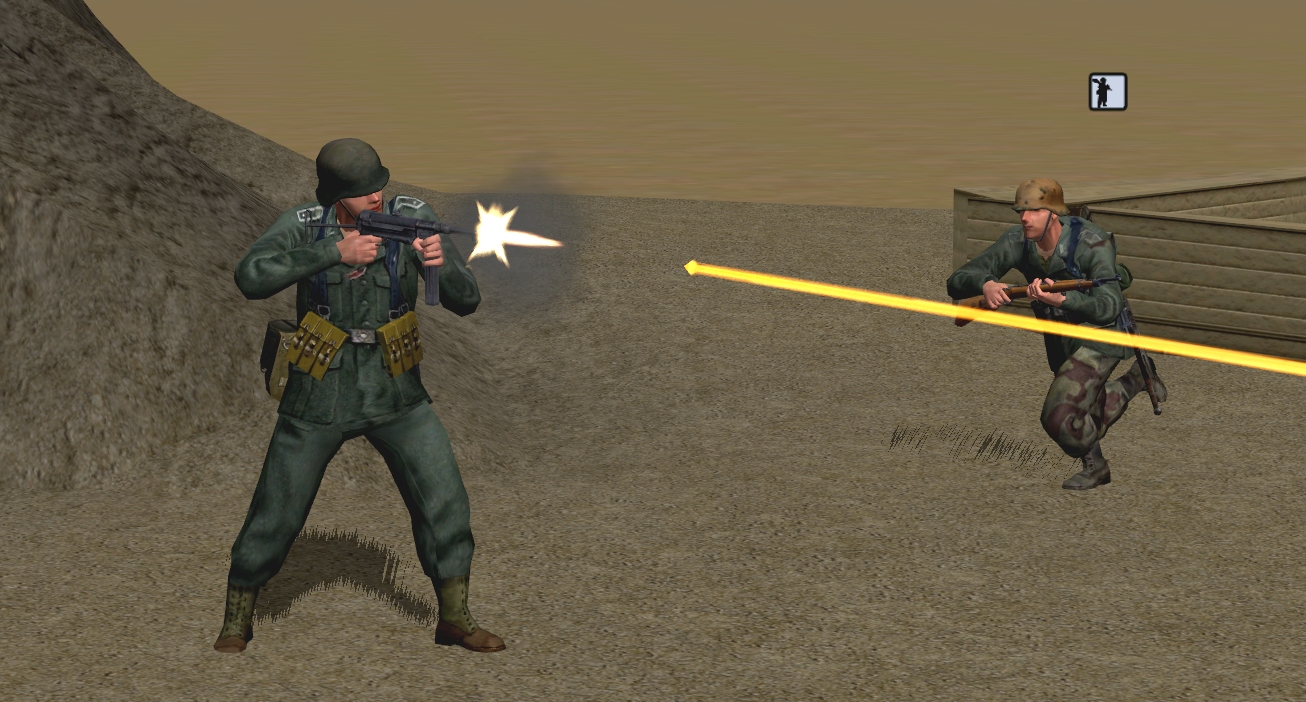 Two out-of-LoS witnesses to the Pak's brutal suppression, decide, midway through the turn, to make a break for it. Sprinting westward across LEAD, the pair are eventually spotted and engaged. The attention seems to remind them that they've a job to do and a reputation to uphold. The lead runner stops abruptly and, cool as a cucumber, proceeds to empty a Maschinenpistole magazine at his assailants. 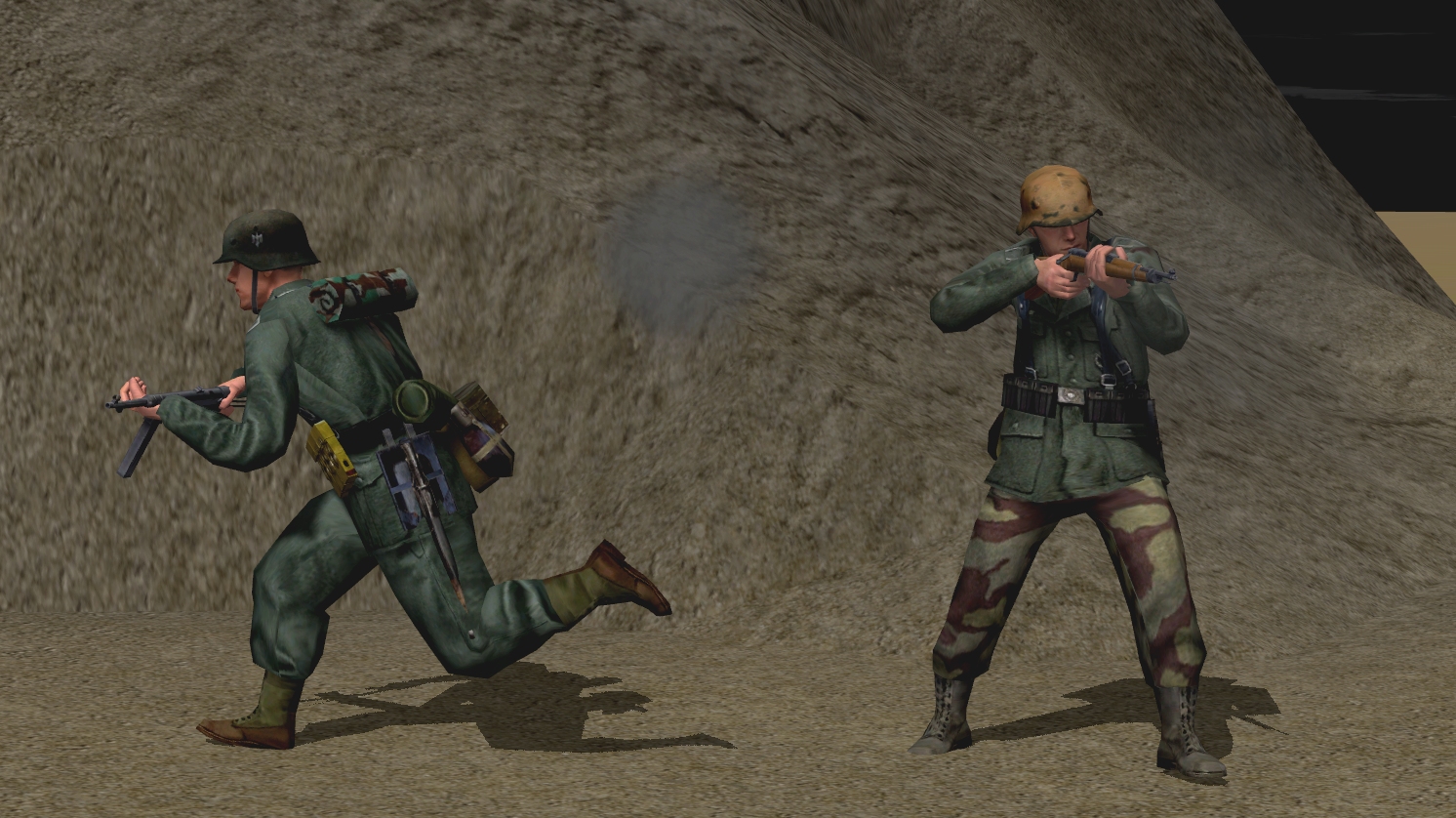 In an impressive display of coordination, the second runner then takes his comrade's place, covering him as he makes for the row 3 tunnel. 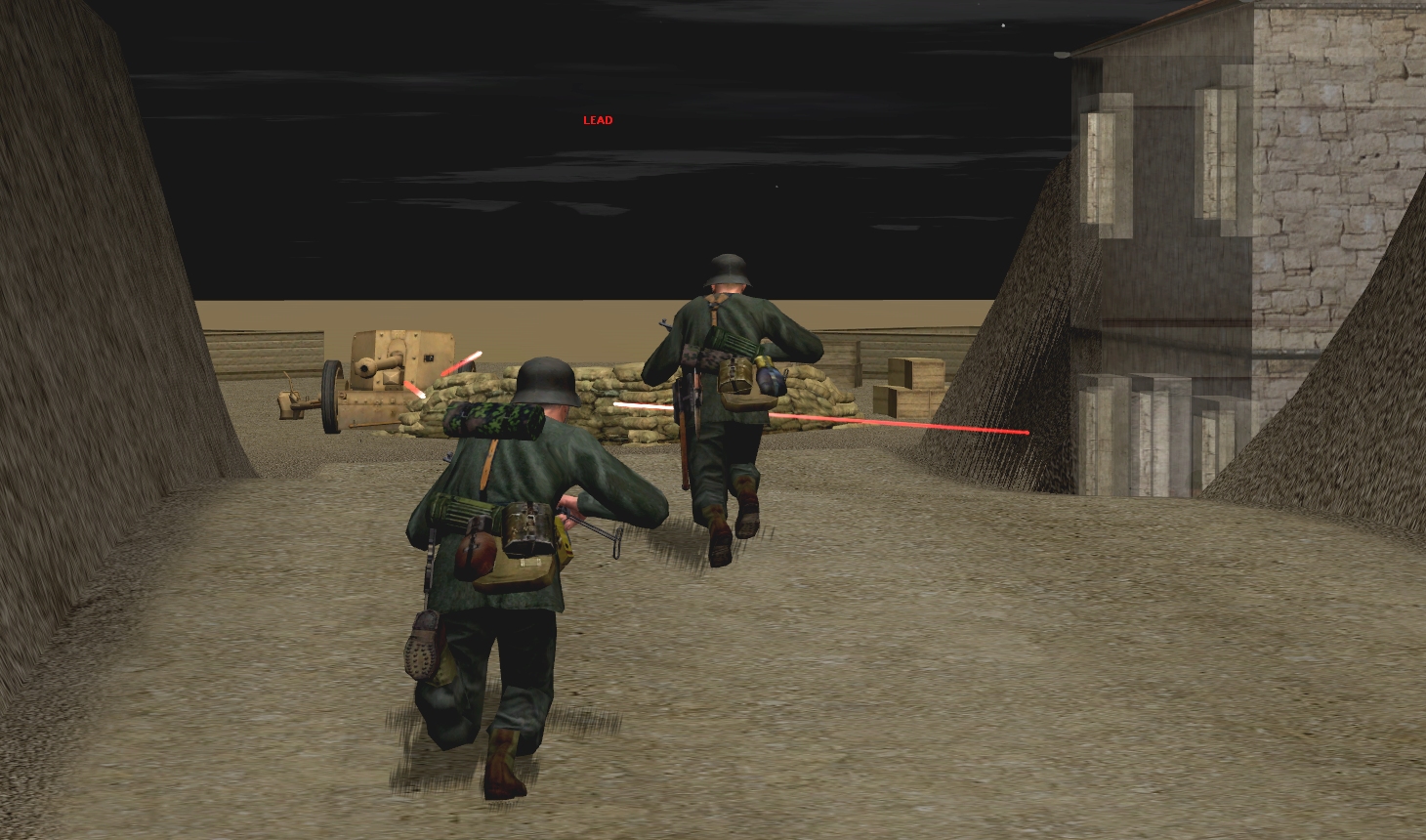 A 180 degree cover arc means 1st Squad aren't so absorbed by the action in LEAD that they miss developments to the south. Seconds before the turn ends, two figures emerge from COPPER and bee-line for the storeroom. 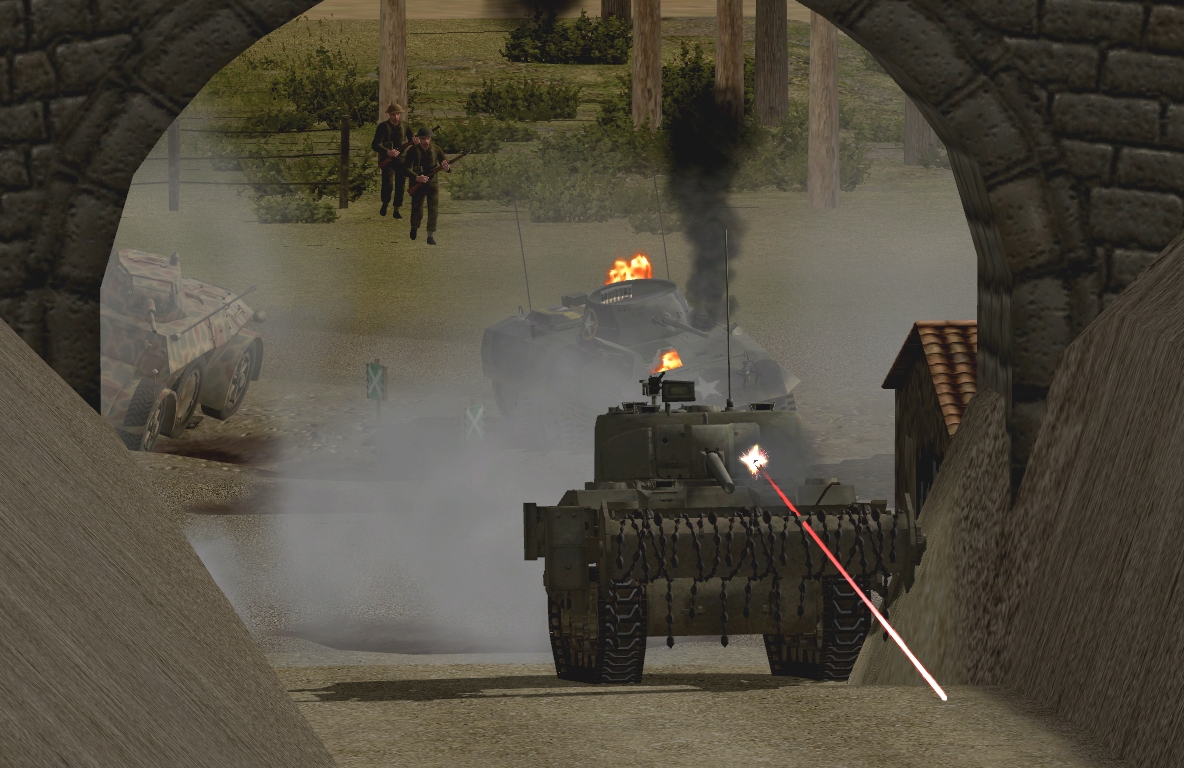 Meanwhile, at the main entrance, caution, congestion, and, surprisingly, fatigue, prevents substantive progress. While Crabmeat 2 reverses out of the tunnel, hosing imaginary threats as she goes, Crabmeat 1 once again balks a smoke shell order (her LoS is blocked by an existing smokescreen), the Autoblinda and sniper team advance through the minefield, and 2nd Squad take an unsanctioned breather before entering the base. 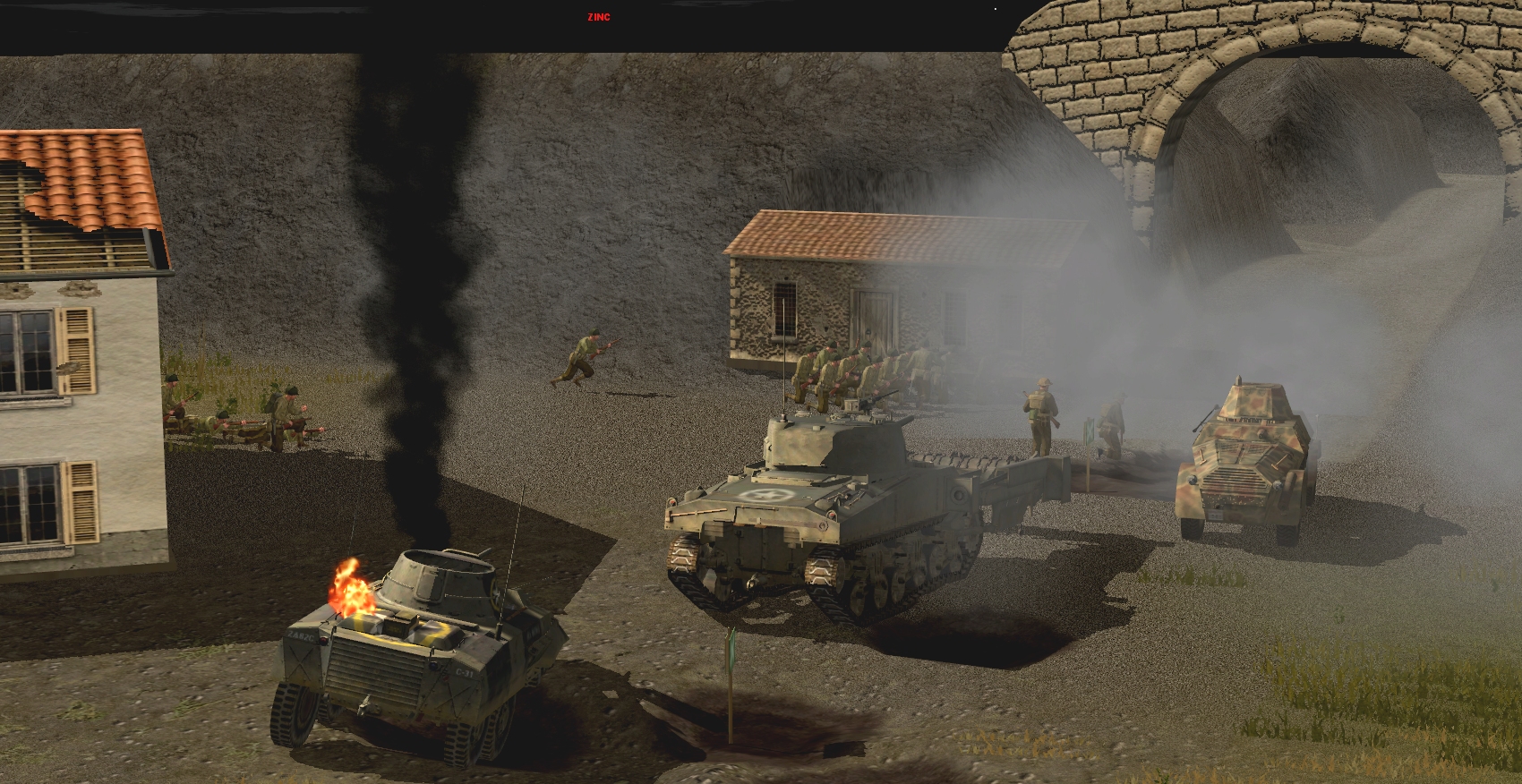 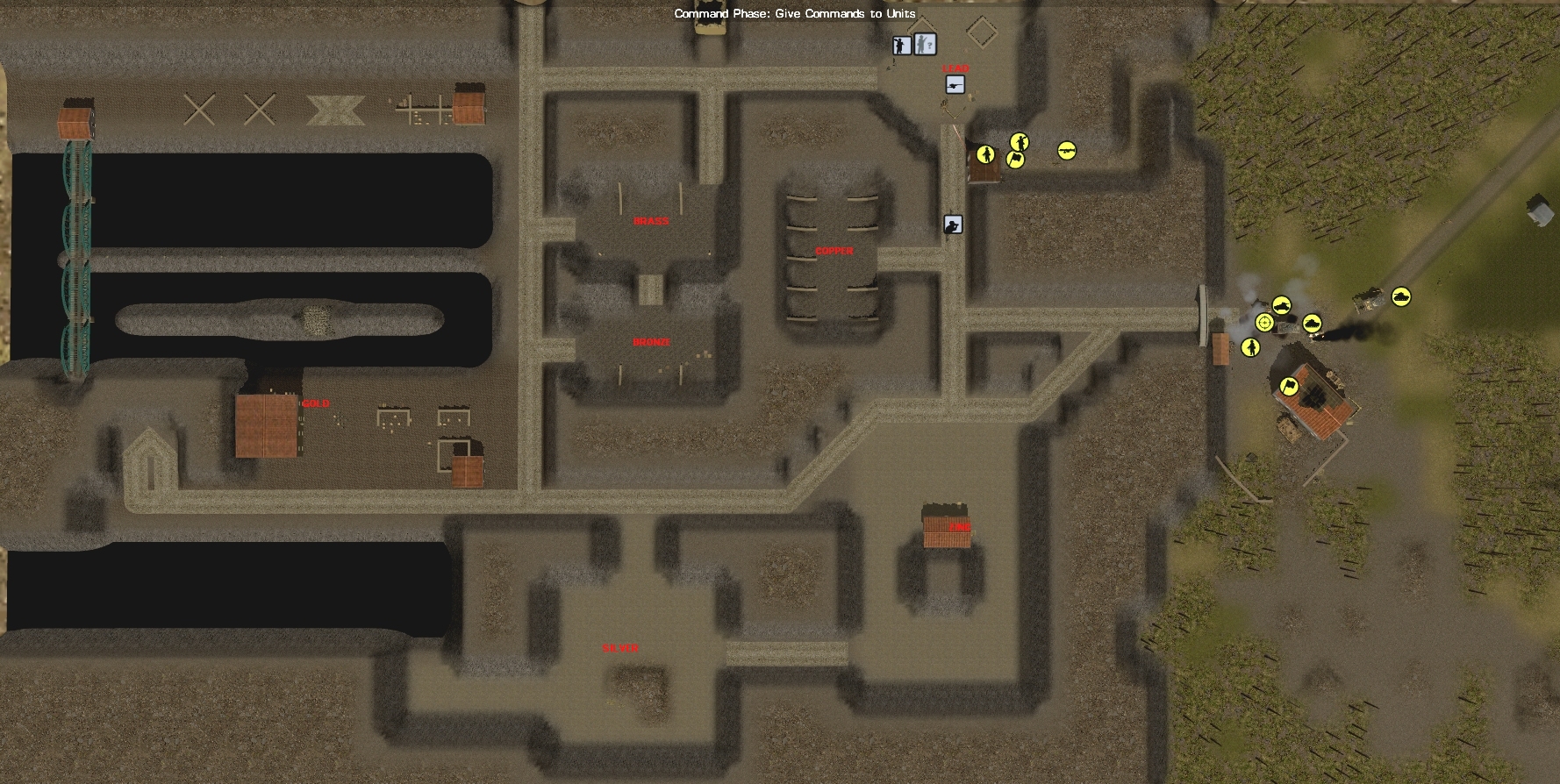