The clumsy fliers currently inspiring piscine aerobatics down at my local chalk stream live longer than the average friendly in a game of communal Combat Mission. Usually by this point - turn 4 - the Comment Commanders have managed to lose at least one tracked, wheeled, or booted asset. The fact that Colonel Croesus' swarm of goldbugs have yet to sustain so much as a stubbed toe is a testament to cautious shepherding and, it has to be said, a fair-sized helping of good luck. 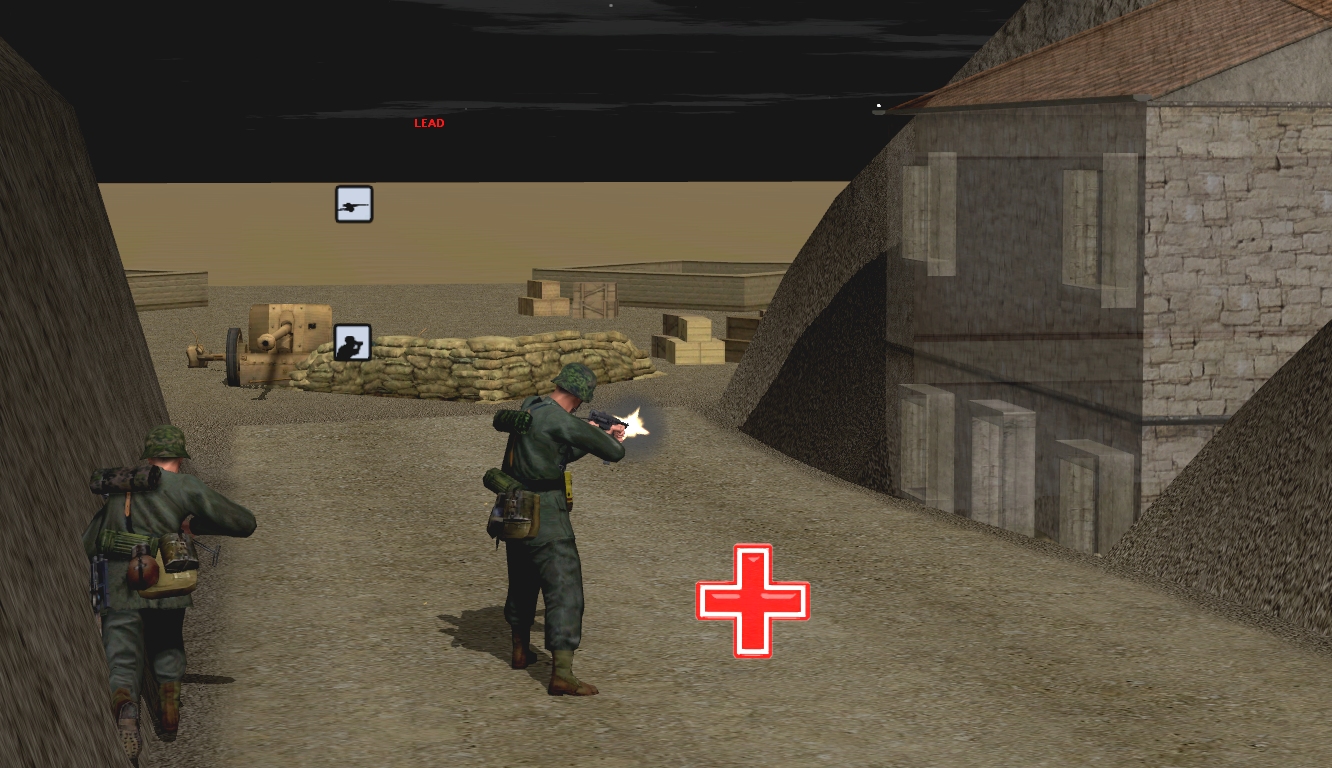 This is the turn when the facade of the storeroom at gg6 was peppered with 9×19mm Parabellum rounds and several blasts of grenade shrapnel, yet the occupants suffered not a scratch. 1st Squad gave the first assault from COPPER short shrift. 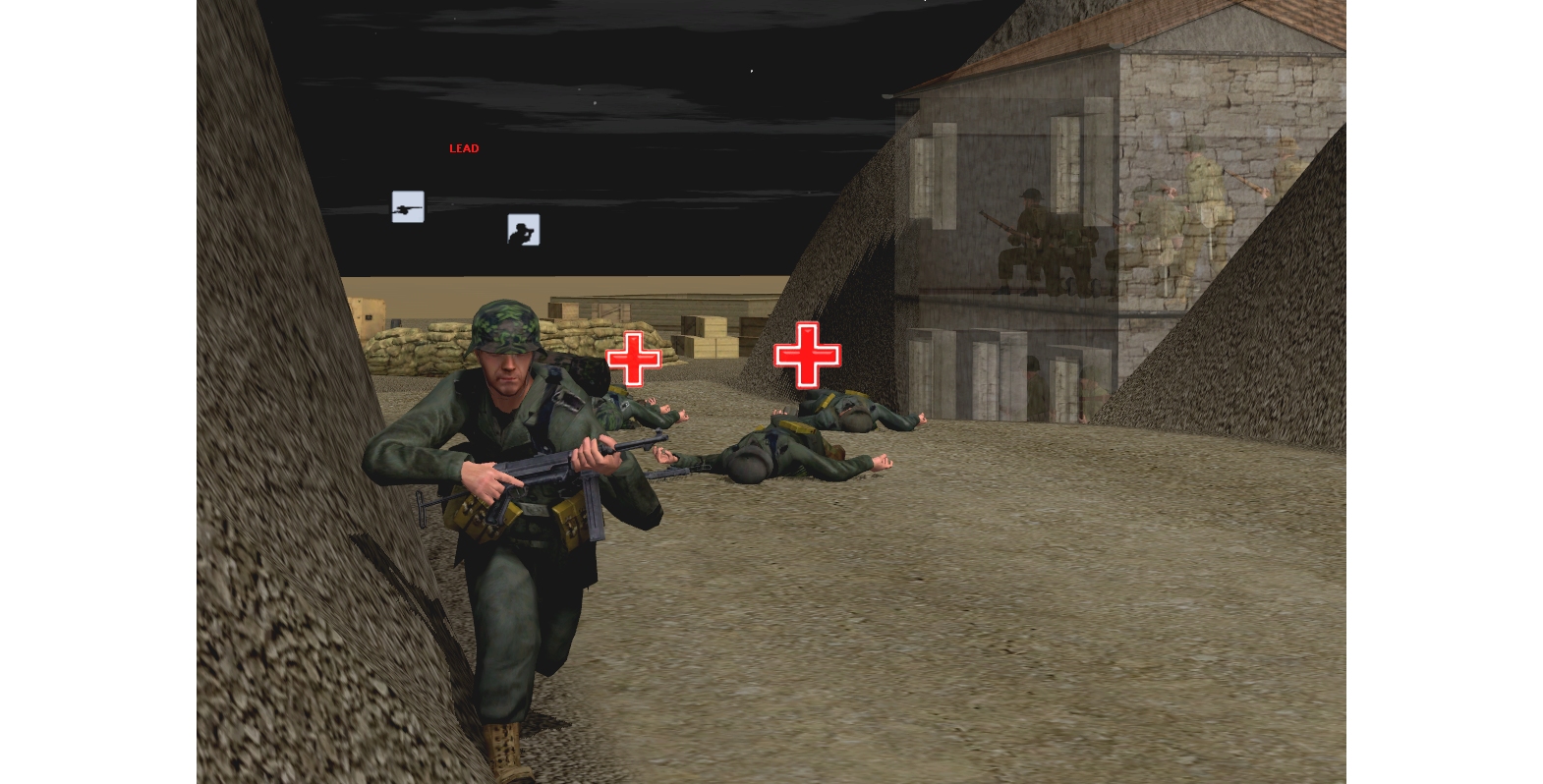 By the time the second wave surged from the shadows, both floors of the building were tenanted (Rocca's HQ and Squires' breach team having climbed the stairs) and a veritable blizzard of Garand and BAR fire was sparking the walls of the column ff tunnel. Astonishingly, one of the attackers lived long enough to turn tail and speedily retrace his steps. 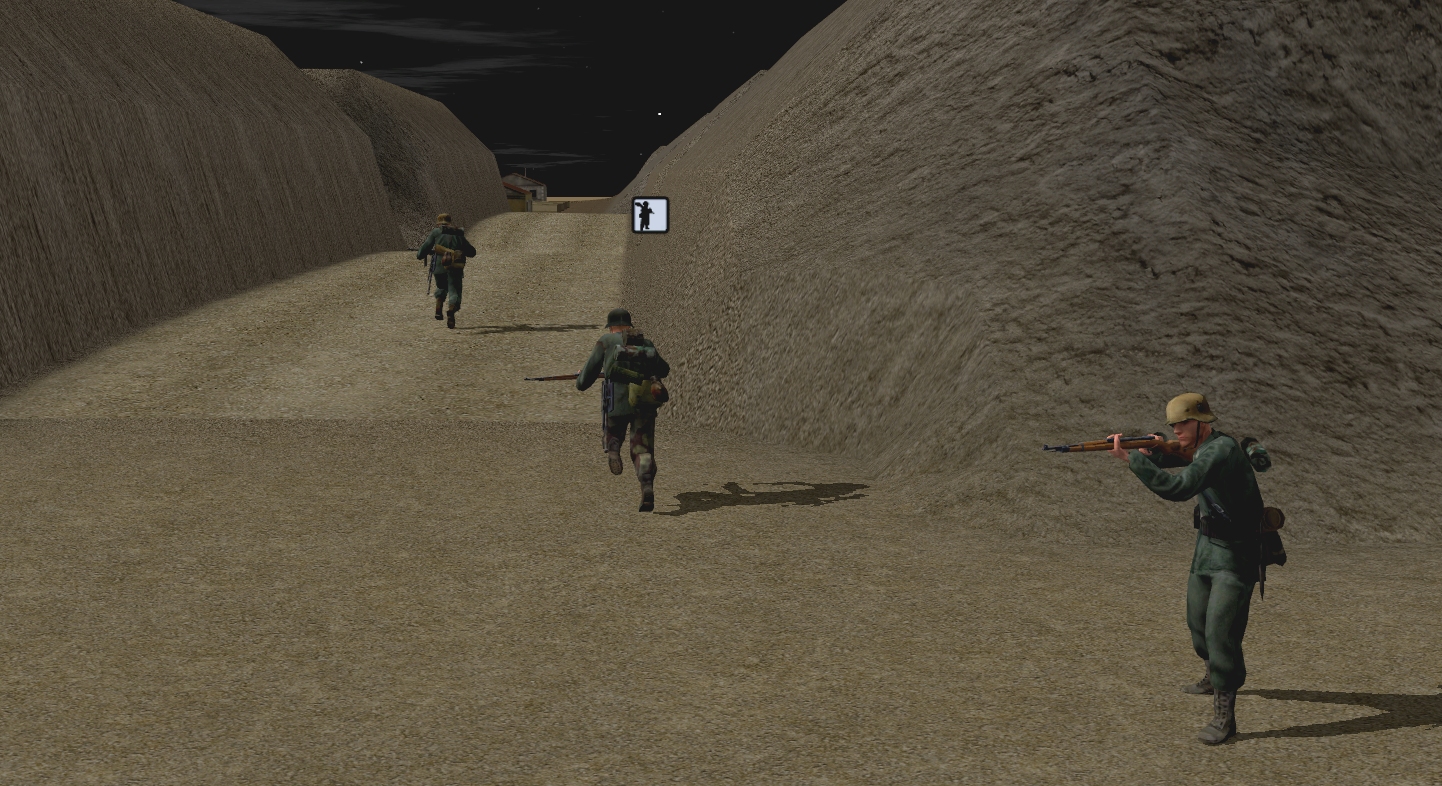 The sacrifice of the COPPER cannon fodder wasn't entirely pointless. While most American muzzles were pointing south-westward, the cool customers whose fighting withdrawal featured in yesterday's missive, made their escape from LEAD, and the pinned crew of the Pak 40 sustained no further casualties.

Could sharpshooter Corporal Wood, eyeing the seemingly deserted ZINC from a new position at kk12, hear the racket of the storeroom scrap over the noise of burbling AFV engines and caterpillar tracks grinding limestone (Crabmeat 2 and Belinda the Autoblinda entered the base this turn)? Unquestionably, but the distracting echoes from the north weren't so loud that, at T+55, they drowned out the chilling FWOOSH of a Panzerfaust launch. Somewhere near the centre of ZINC someone had clocked Crabmeat 2, framed her in the aiming aperture of a one-shot tank trasher, and squeezed a trigger. 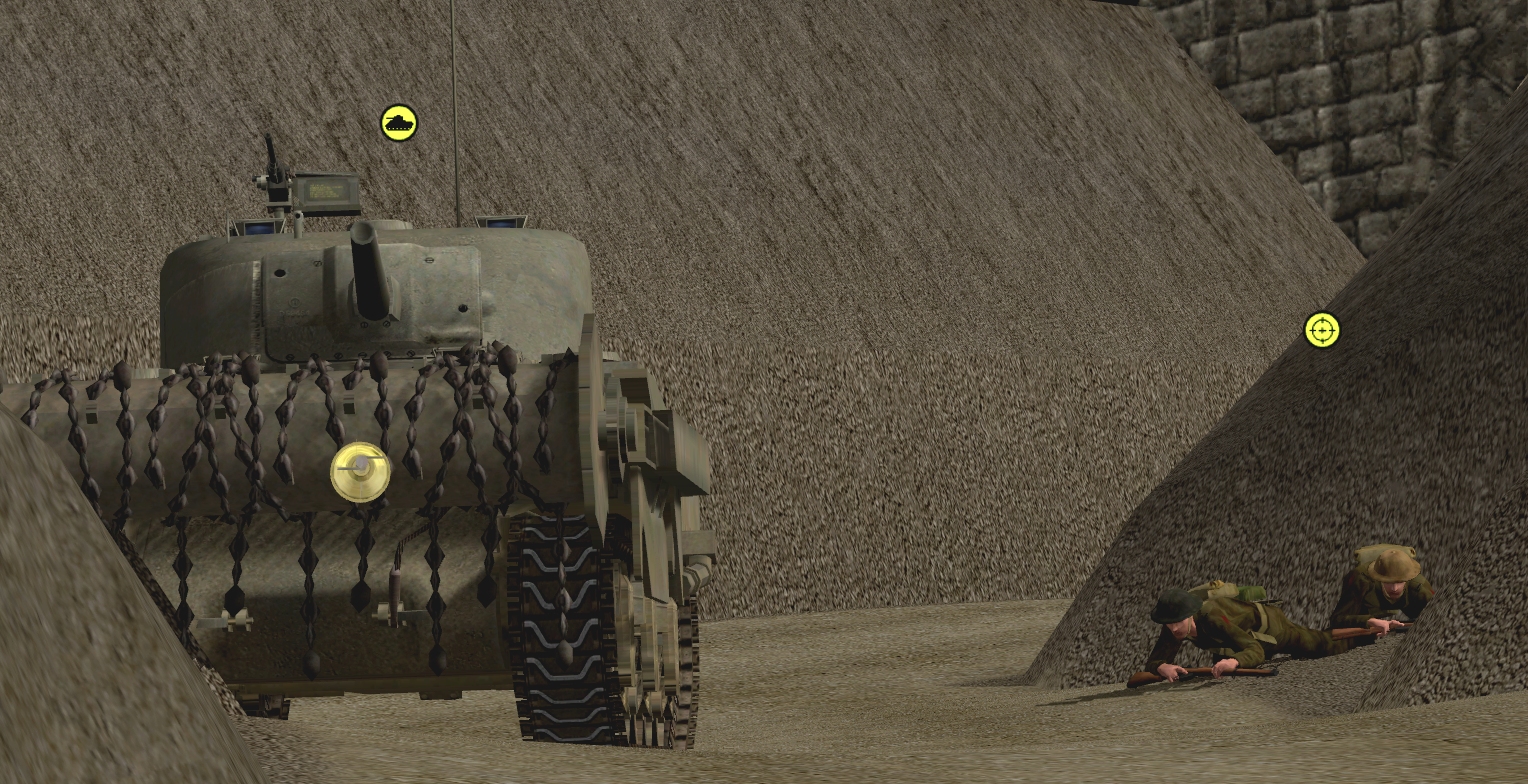 The firer's line was perfect... 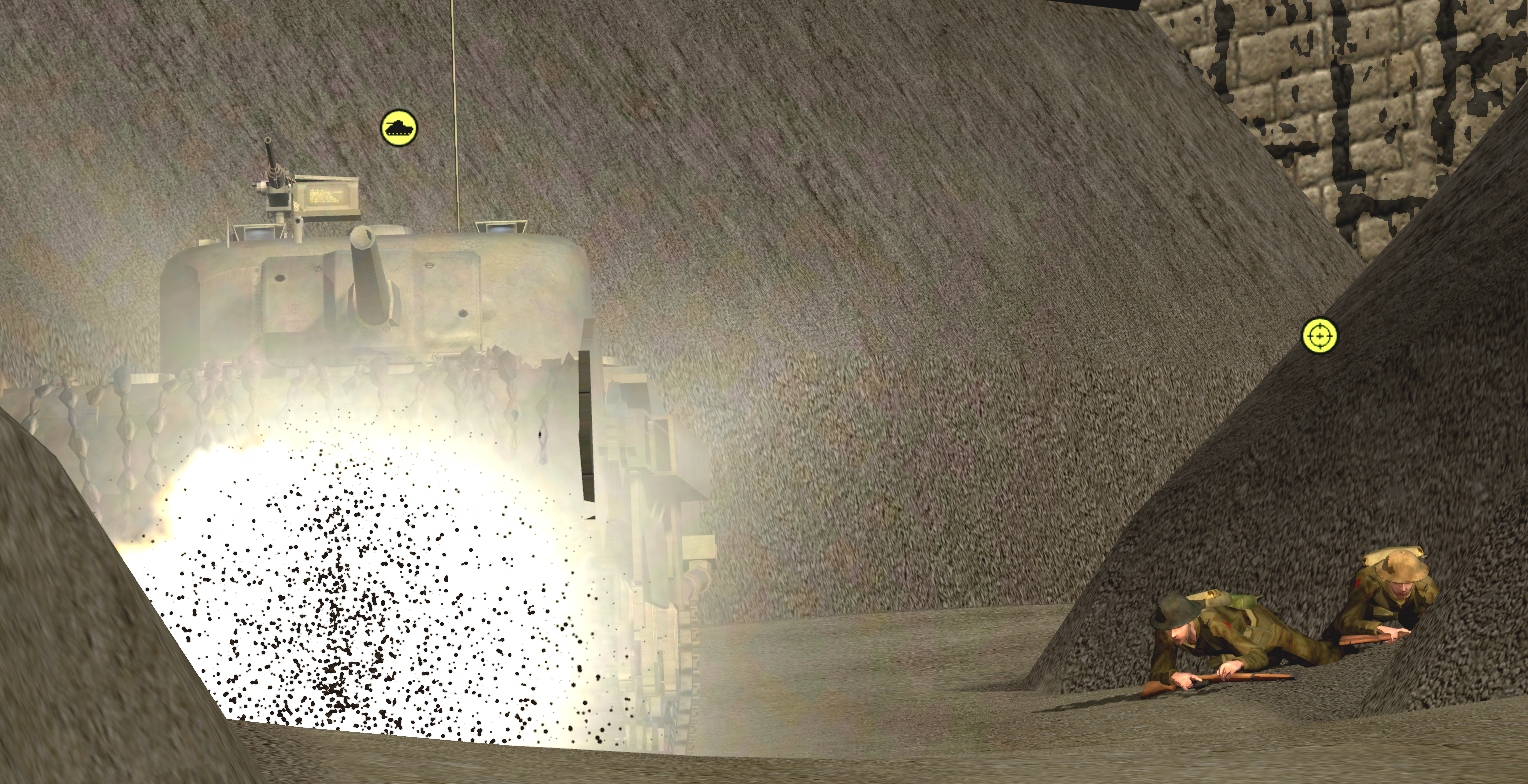 ....but, happily, his length was not. The beige bolt hurtled out of the darkness, and exploded harmlessly under the flail of Nemchik's tank. 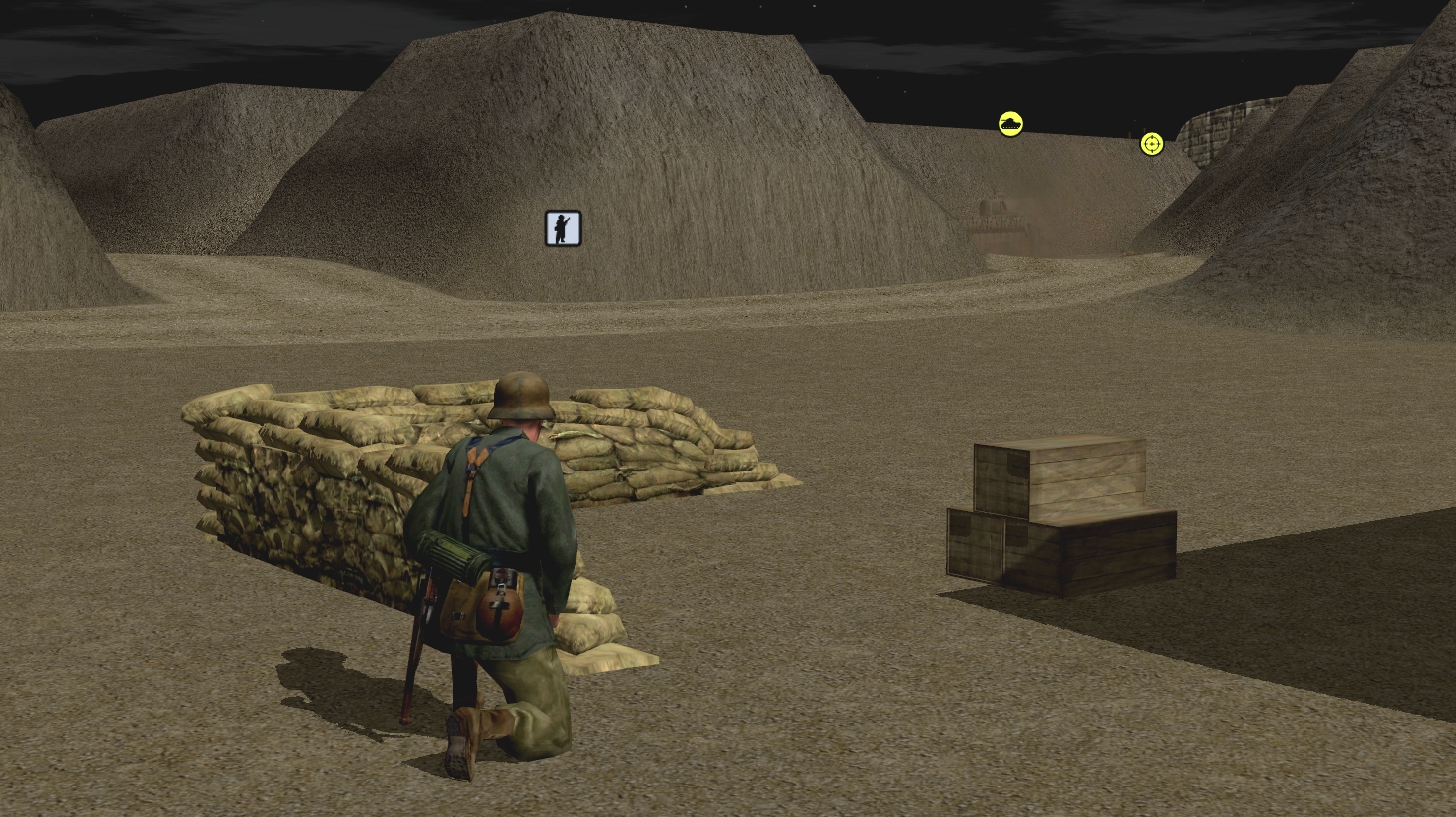 ^ Crabmeat 2 spots the disappointed Panzerfaustus in the final second of the turn. 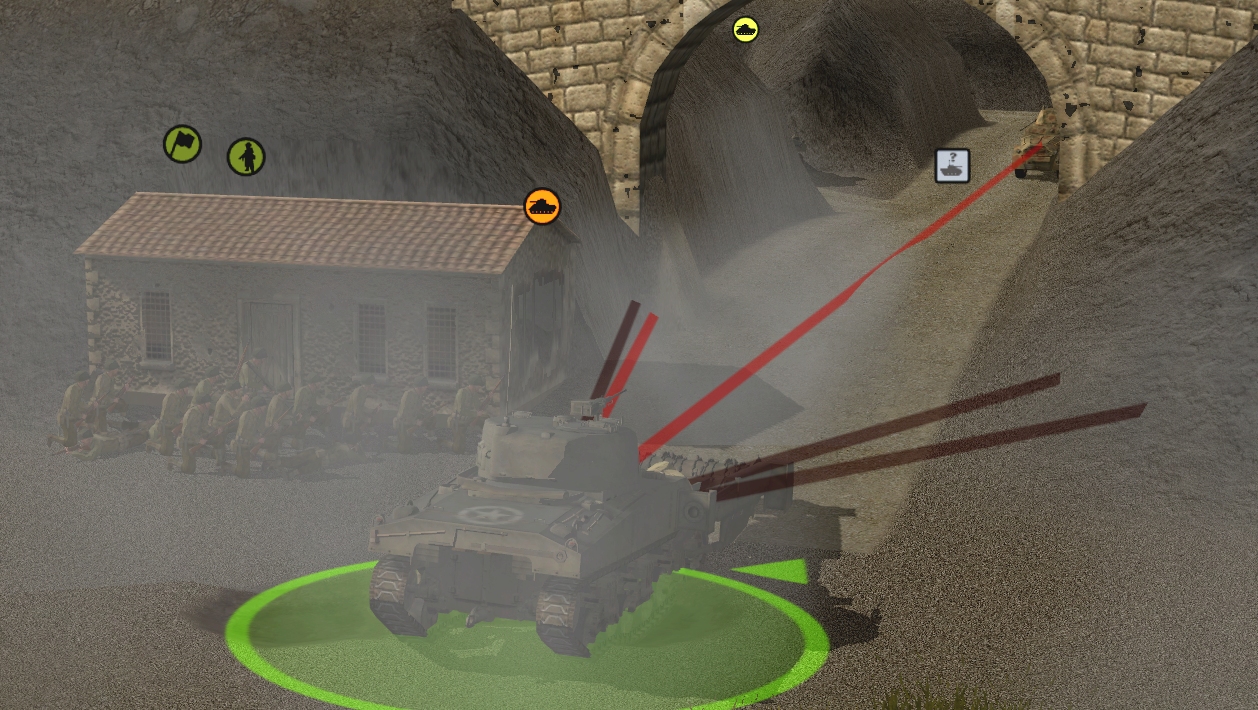