Welcome to the third communal Combat Mission skirmish – a comment-driven confrontation between RPS readers and CM’s decidedly dangerous AI. Turns span 60 seconds and rarely go according to plan. Late-war and Eastern Front, this summer’s scrap takes place in a German-held Baltic port. Thirteen turns in, the commenter-controlled Soviets have lost all but one of their core AFVs, but are close to securing the crucial town square VL in the centre of the map.

Some tentative and conflicting orders make preparing turn 14 a bit of a challenge, but eventually all the waypoints are in place and CMBB's marvellous clockwork is wound for another sixty seconds of suspense. Will the AT gun on the spit survive the attentions of that pesky AA gun? Will those two SPGs ramble south, threatening Myshkov's right flank? Will some sly Panzerfaustist end Flare Path's fate-tempting/crowd-pleasing adventures in the square? Read on! 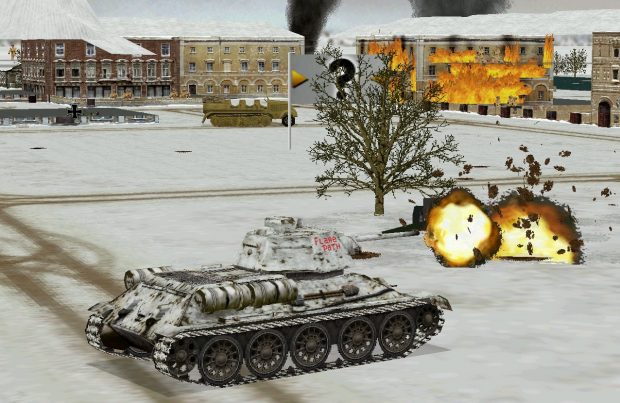 Buffeted by the shockwaves of nearby mortar blasts - 'friendly' mortar blasts - Flare Path's dash to q19 is executed in forward gear. A little slow to get underway (a consequence of that dead crewman?) she has arrived but is still reorienting and acquiring the AA gun on the end of New Wharf when the turn shudders to a stop. 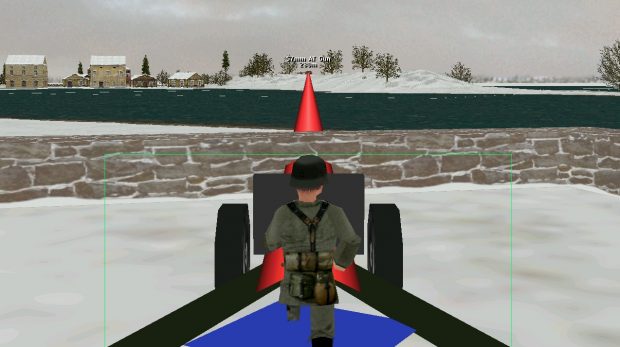 Though that AA gun hasn't stopped firing for the entire turn, its target, our AT gun on the spit, is still in one piece at T+60. Shielded by some extremely helpful sand dunes and toiling feverishly, the Ivan gunners will have their cumbersome weapon ready for use about midway through the next turn assuming the duffers on the wharf don't elevate their barrels a fraction in the next thirty seconds. 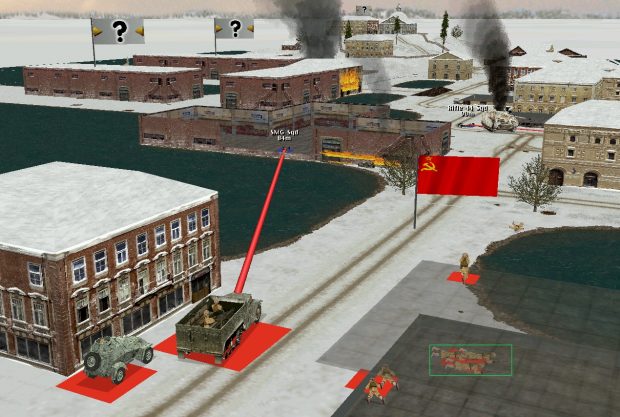 The BA-64's backwards diversion failed to divert, and the armoured car ends the turn back at w15,  shoulder to shoulder with the M5, menacing foes north of West Bridge. 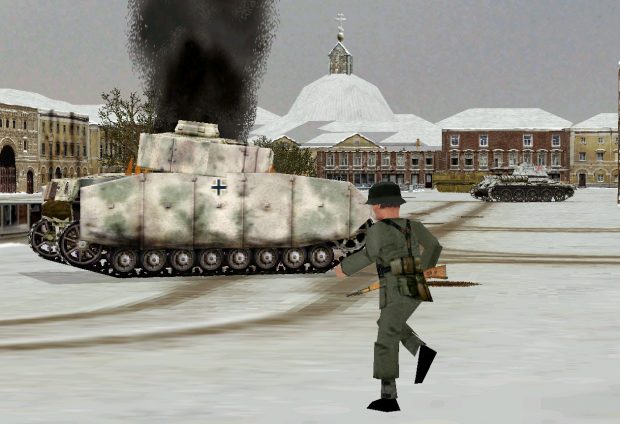 Pounded by the last of Batrakov's allotment of 120mm mortar bombs, organised resistance in the riverside warehouse and the squares surrounding the dead Pz IV has all but vanished by T+60. Two survivors from a badly mauled SMG squad are still in place at s13. A lone, retreating rifleman cowers on the cobbles at q14. 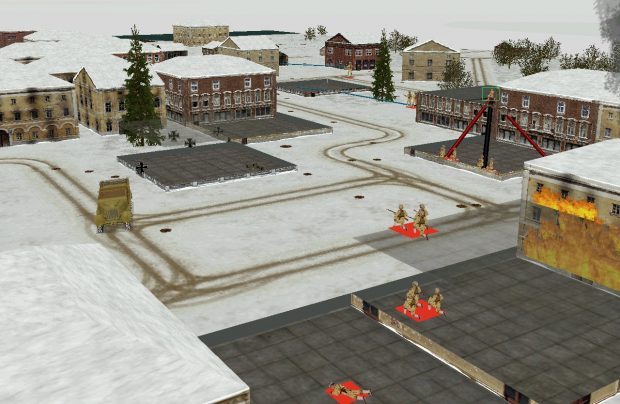 On the eastern side of town, Renko, the marksman, is creaking the stairs in the house at m26. He'll soon be joined by one of Myshkov's squads. The pioneers are planning to lurk on the ground floor with their Molotovs in case the StuGs, both of which are now out-of-LOS, sally south.

All fire coming from the church at the east end of the square has now ceased... 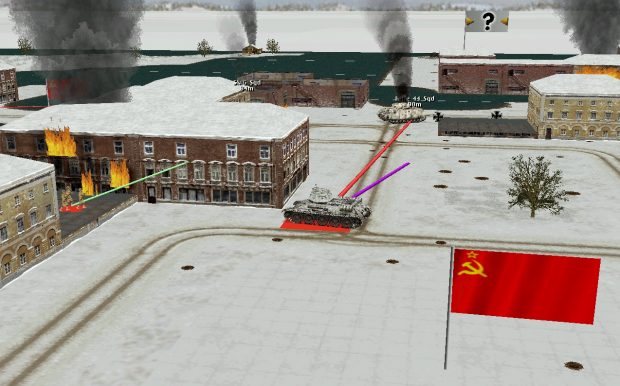 ...and the square is now officially in Soviet hands! 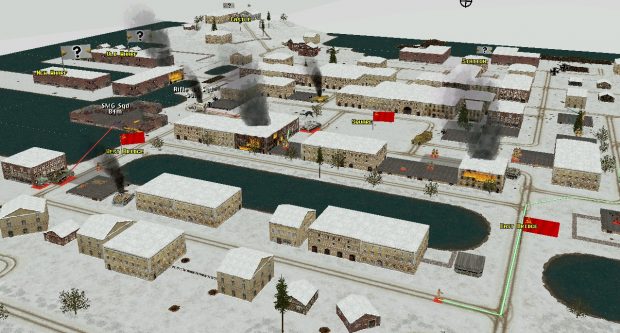