Leave a shallow tray of Turn 18 out in the summer sun for a few hours, and these are the milky crystals you'll find when you return: 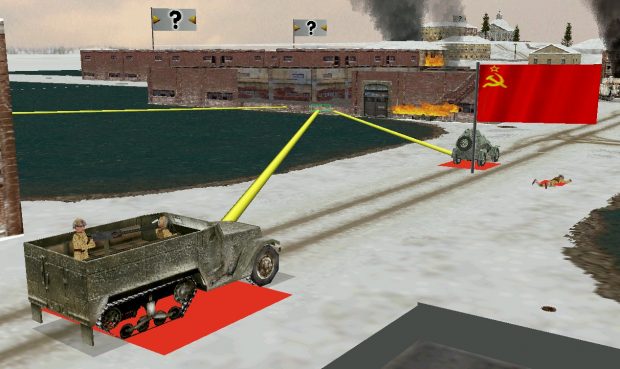 T+10. The spit AT Gun, advancing M5, and reversing BA-64 convince the doughty defenders in the riverside warehouse to hunker down for a spell. 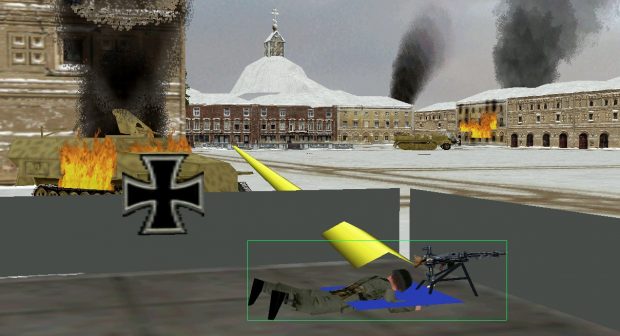 T+16. Lashed by Flare Path's MG (Once again the flame tank refuses to breathe fire) and rifle volleys from the company HQ (Kpt. Gurtiev in the church) the German HMG in n17 stops firing. 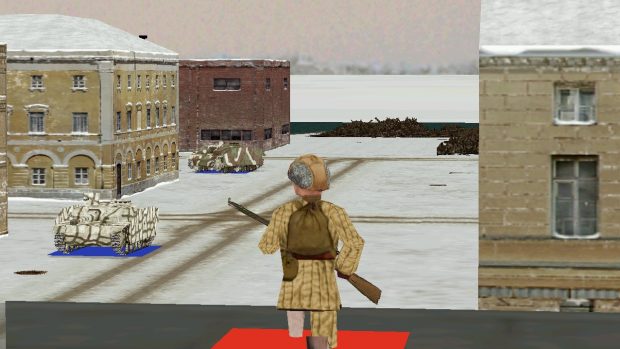 T+22. Renko loses sight of the StuH behind the building at h24. The restless SPG appears to be heading westward.

T+44. Batrakov looks down at Batrakov sprawled on the cobbles. The killer of our mortar spotter - a Panzer IV crewman? - fired the fatal shot from the corner of n14. 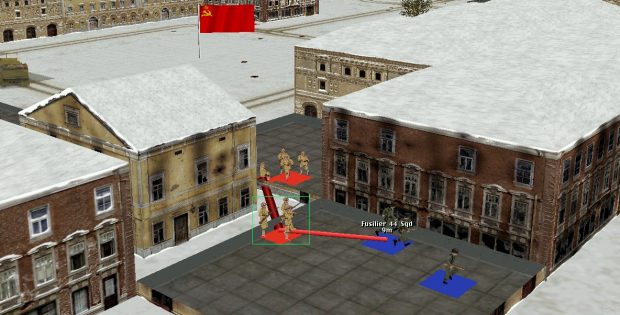 T+46. In a hallway in m23, the contents of a papasha magazine ends the flight of several fleeing fusiliers. 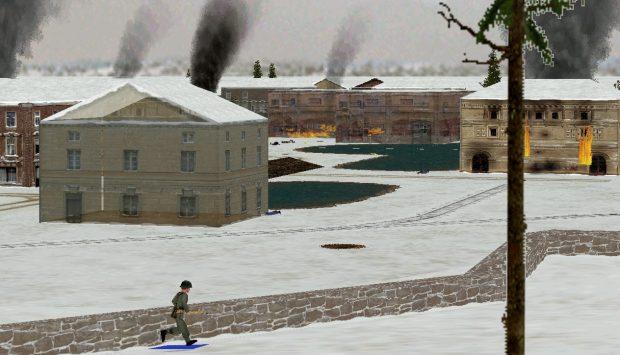 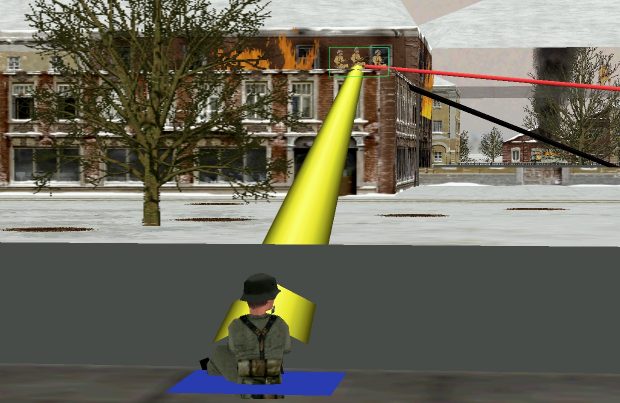 T+57. Intense HMG fire chips several stucco sunflowers from the facade of the building at r18. The MG 42 on the north side of the square has re-entered the fray. 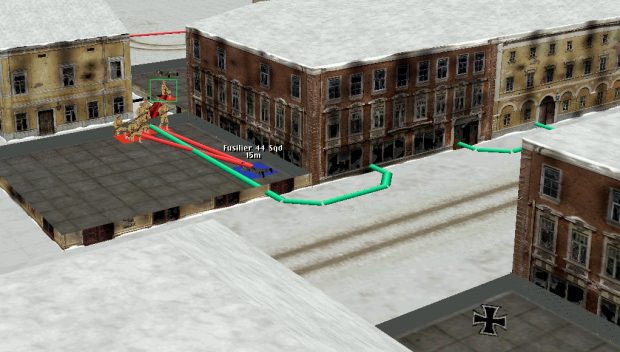