The third communal Combat Mission skirmish – a comment-driven confrontation between RPS readers and Combat Mission: Barbarossa to Berlin’s uncommonly entertaining AI – is almost over. By the end of the weekend the commenter-controlled Soviets will either be celebrating a memorable eleventh-hour victory or rueing opportunities/wharves not taken.

For the last 28 days my morning ritual has been as rigid as a varnished eel. After rising, abluting, and preparing breakfast, I've set about turning your written CMBB unit instructions into a tangle of in-game waypoints and targeting lines. Once satisfied that the cat's cradle on my screen accords with the commands in the comments section, I press 'go', my pen poised, ready to record the twists and turns of that day's dramatic rewindable one-minute battle movie. 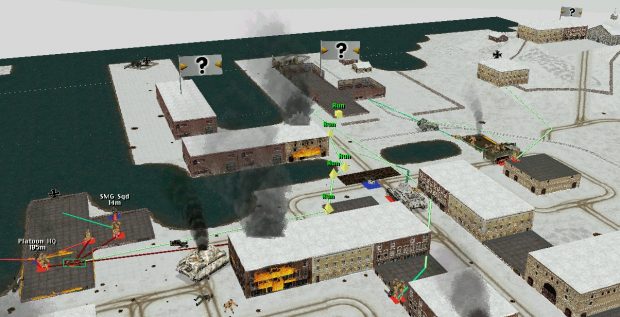 This morning there was no dramatic rewindable one-minute battle movie. No stirring acts of courage, brutal surprises, or amazing escapes. When I flicked the 'go' switch, this happened... 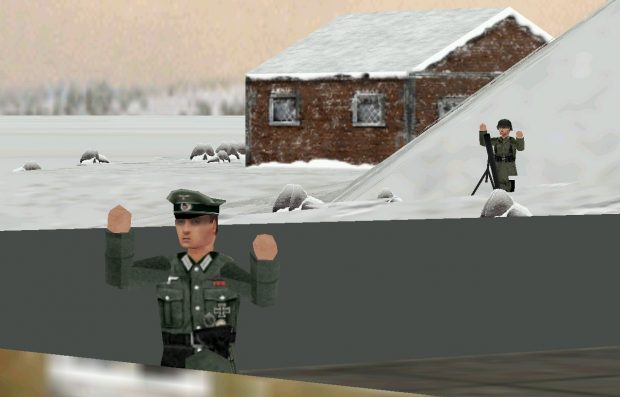 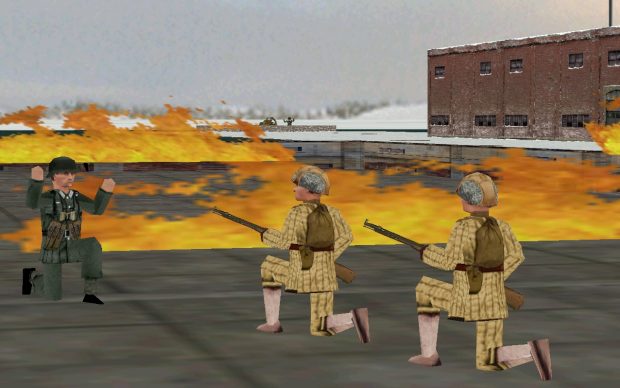 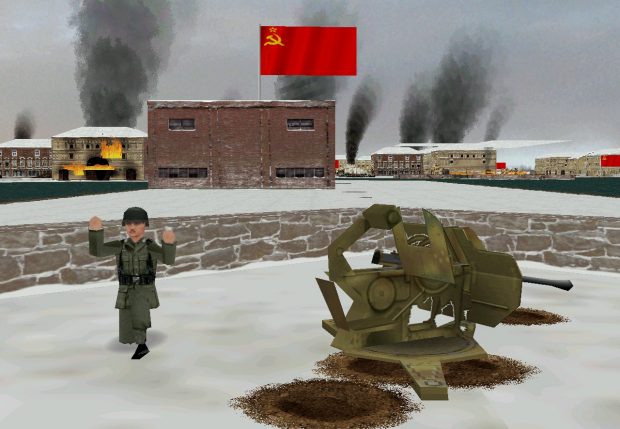 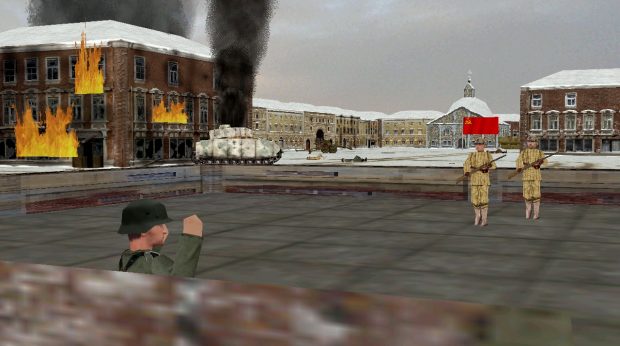 The handful of Germans that haven't been burnt alive by flamethrowers, shredded by canister shot, blown apart by HE or lead-poisoned by Mosin-Nagants and PPsh-41s, decide, at the beginning of turn 29, that a short spell in a Soviet prisoner-of-war camp might actually be preferrable to a violent death in a nameless Latvian town. MP 40s and Kar98ks drop from frozen fingers. Here and there a diehard Nazi presses a cool Luger muzzle to his sweaty temple and barks a final, futile 'Heil Hitler!'. 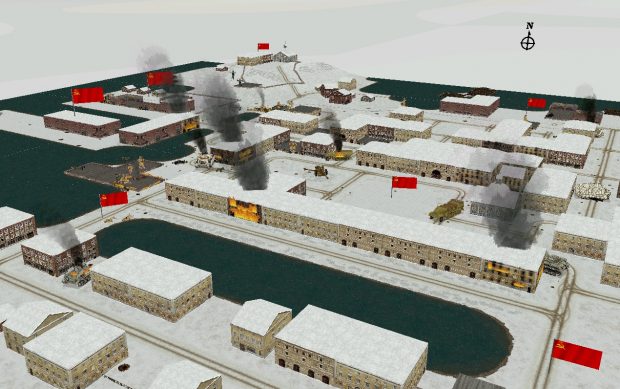 Congratulations comment-commanders, you've achieved a 'Major Victory'! The price of that victory? Roughly half of the 126 Ivans involved in taking Nameless Latvian Town were wounded or killed, and four AFVs lost, during the course of the fighting. Only one in five of the enemy survived the battle completely unscathed. 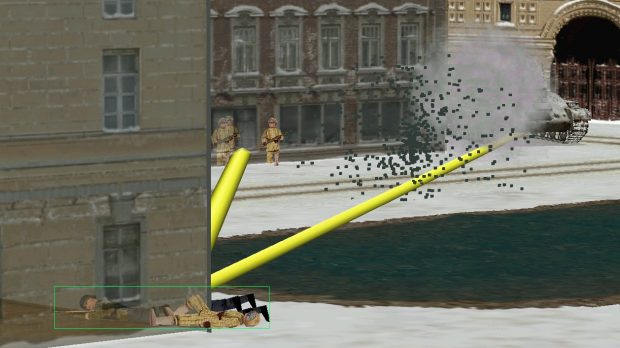 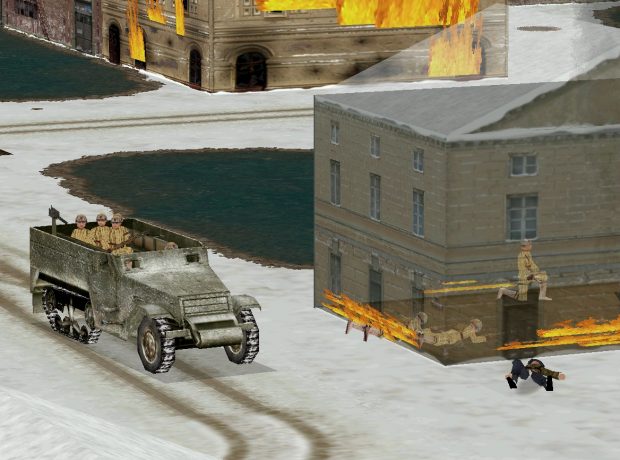 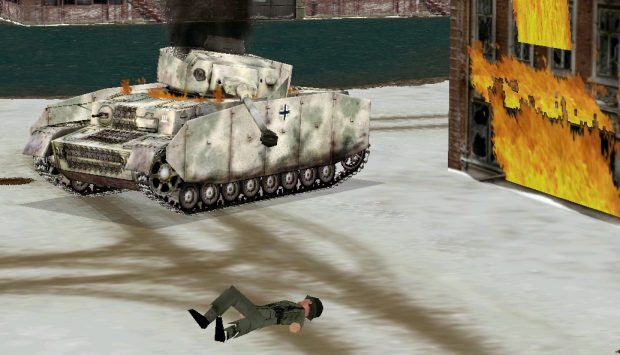 Three of the Germans' most effective units fought and died close to each other. The Pz IV (12 + Su-76 + Su-122) and the two rifle squads that defended p15 so stubbornly (9 + 5) did their bit magnificently. 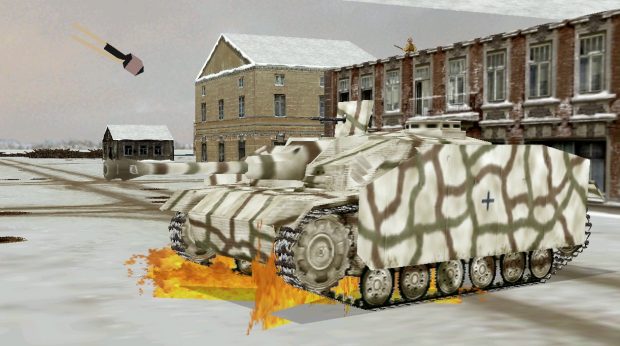 Something that can't be said of the two Axis SPGs. If CM's silicon CO had used his StuG and StuH more intelligently, things might have turned out differently. 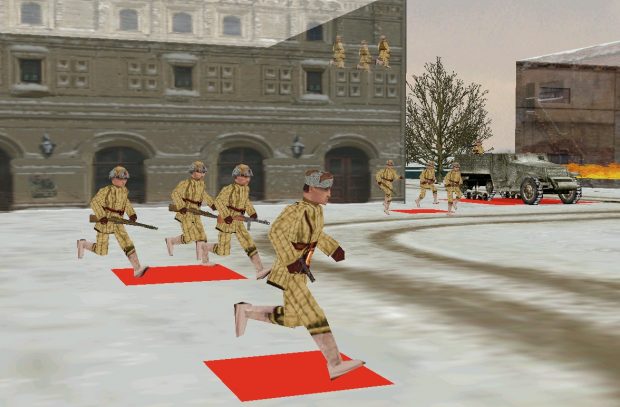 A Sturmtiger-sized 'thank you' to everyone who has played or cheered from the sidelines during the past month. Your tactical musings have made great reading, and all the appreciative comments increase the likelihood of communal co-op wargaming appearing on RPS again.

This year's communal Combat Mission scenario can be downloaded here. Stripped of its surprises it could prove rather easy, so a toughened variant is also available.