Corsair have produced some fantastic gaming mice this year. The Ironclaw RGB went straight into my list of the best gaming mice when I looked at it back in March, as did the Harpoon RGB Wireless when I tested it in May. Therefore, it surely follows that a wireless version of the Ironclaw RGB, which uses the same Corsair Slipstream technology as the Harpoon Wireless, should be another absolute shoe-in, right? Err... not quite. Here's wot I think.

From the outside, the £85 / $73 Ironclaw RGB Wireless feels more or less identical to its wired £45 / $58 sibling. Its large, palm-hogging shape and patterned, rubbery sides are just as comfy and lovely to the touch as before, and its soft, smooth finish doesn't get sullied by horrible sweat patches when you take your hand off it. It also has the same 100-18,000 DPI sensor inside it, too, and a 1.8m braided cable for when you need to charge it.

The main problem I have with the Ironclaw RGB Wireless is that it's so damn heavy. While the wired version was just about okay for my spindly fingers at 105g, the wireless model comes in a whopping 130g, which, after the 80g delights of my day-to-day Logitech G Pro Wireless mouse (and even the 99g Harpoon RGB Wireless) just feels like I'm shunting a very large rock around my desk (albeit a very smooth large rock) instead of a light, nimble clicking machine.

The move from seven to ten programmable buttons also feels mildly unnecessary, as trying to hit its knobbly Triforce of thumb buttons is almost impossible without a lot of deliberate thought and concentration. The bottom two are easy enough to tap, but the top one definitely requires a proper press from above, rather than below or the side where your thumb might naturally sit in order to hit the other two. That means squashing your thumb even closer to your forefinger, and it's just not very easy or practical to do in the heat of the moment.

I also found it hard to press the lower of the two forefinger buttons further up the mouse. Bizarrely, these are the DPI up and down buttons by default (not the two below the scroll wheel, which cycle through its three available profiles), but thankfully you can assign this function to whichever button you want by downloading Corsair's iCUE software.

Here, you get all the usual options, such as being able to assign keyboard commands, media controls, recordable macros, as well as using them to launch certain applications, and you can also assign one button to be a dedicated sniper button, which will slow the Ironclaw Wireless' DPI speed down to a crawl to help line up things like headshots when playing games online. I just wish all of its many buttons were easier to press without me having to consciously think about it. 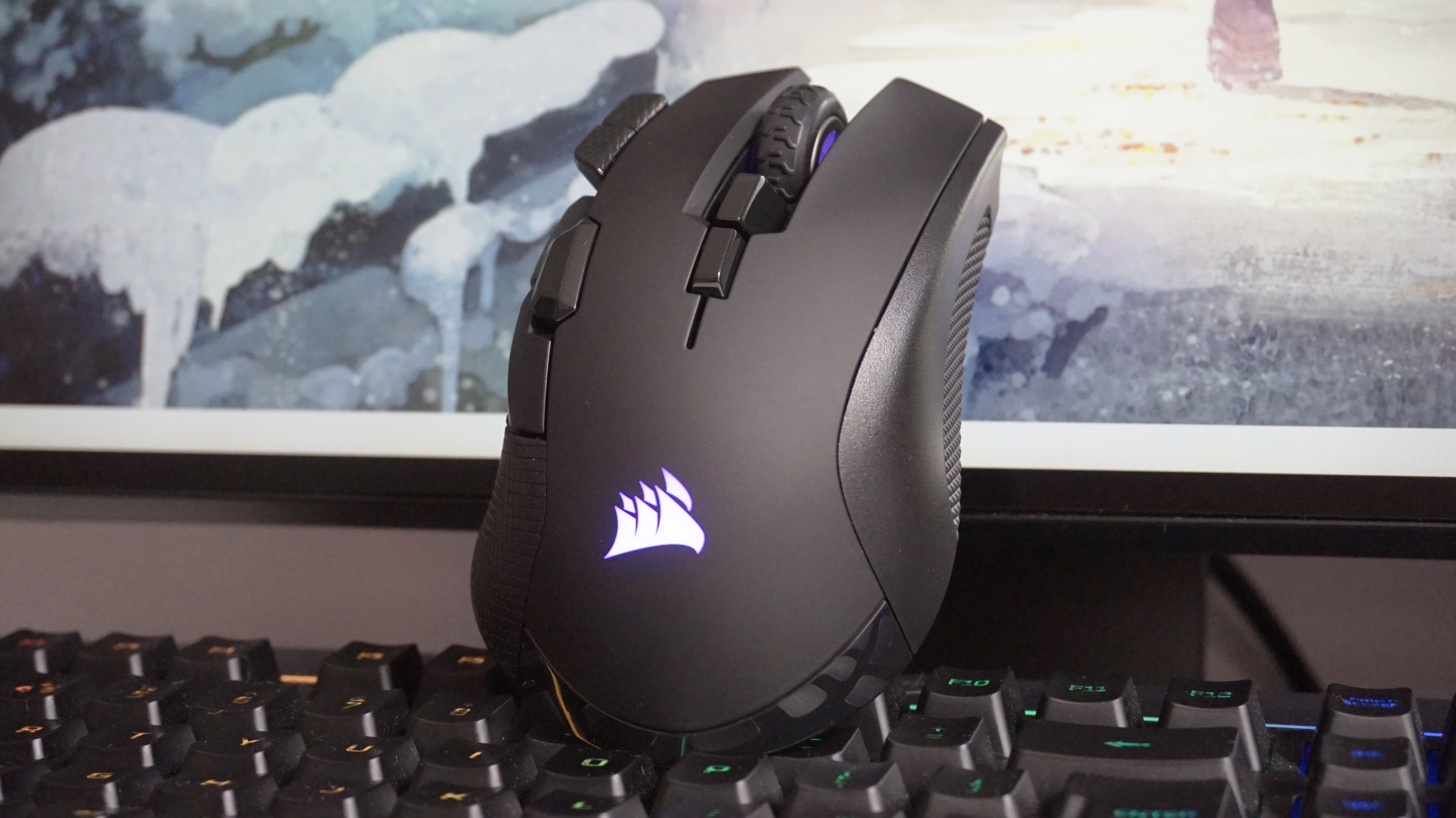 This may be less of a problem for those with larger, more flexible hands than I, but every second I use the Ironclaw RGB Wireless just makes me long for either the Harpoon RGB Wireless or regular wired Ironclaw RGB - or, indeed, my trusty Logitech. I might feel slightly differently if the Ironclaw Wireless had a superior battery life to either of its wireless rivals, but its 2.4GHz endurance is miles behind the Harpoon RGB Wireless, coming in at just 16 hours with its default RGB lighting enabled and 24 hours without, while the Harpoon's respective batteries lives are rated for 30 and 45 hours. The Logitech G Pro Wireless, meanwhile, is even further out in front with 48 hours on its default lighting and 60 hours with it all switched off.

All in all, a wireless version of a great gaming mouse does not another best gaming mouse winner make. The Logitech G Pro Wireless is still the pinnacle of wireless gaming mice in my eyes, but if you're after something that doesn't break the bank then Corsair's Harpoon RGB Wireless is the next best thing at just £53 / $50.