Esports stalwart shooter Counter-Strike: Global Offensive has gone free-to-play, accompanied by a new quickfire eighteen-player battle royale mode called Danger Zone. Seemingly out of nowhere Valve have announced that the game is free for everyone on Steam, with previous owners being upgraded to 'Prime' account status and awarded a "commemorative Loyalty Badge". Prime players get matched with their own kind, so the influx of new blood shouldn't disturb the old pros. New mode Danger Zone's page makes it sound speedy compared to other battle royales too.

While Danger Zone's map looks large by Counter-Strike standards, it's a closer, meaner place than other battle royales. Danger Zone can be played with teams of two or three players, with an 18-player cap. Danger Zone players are each equipped with a little tablet computer, showing you what areas are engulfed in deadly red fog, where you've been, and with some upgrades it can also tell you where enemies are likely to be found. It's still Counter-Strike though, and Valve estimate that matches should be over in ten minutes or less, even in this larger format. 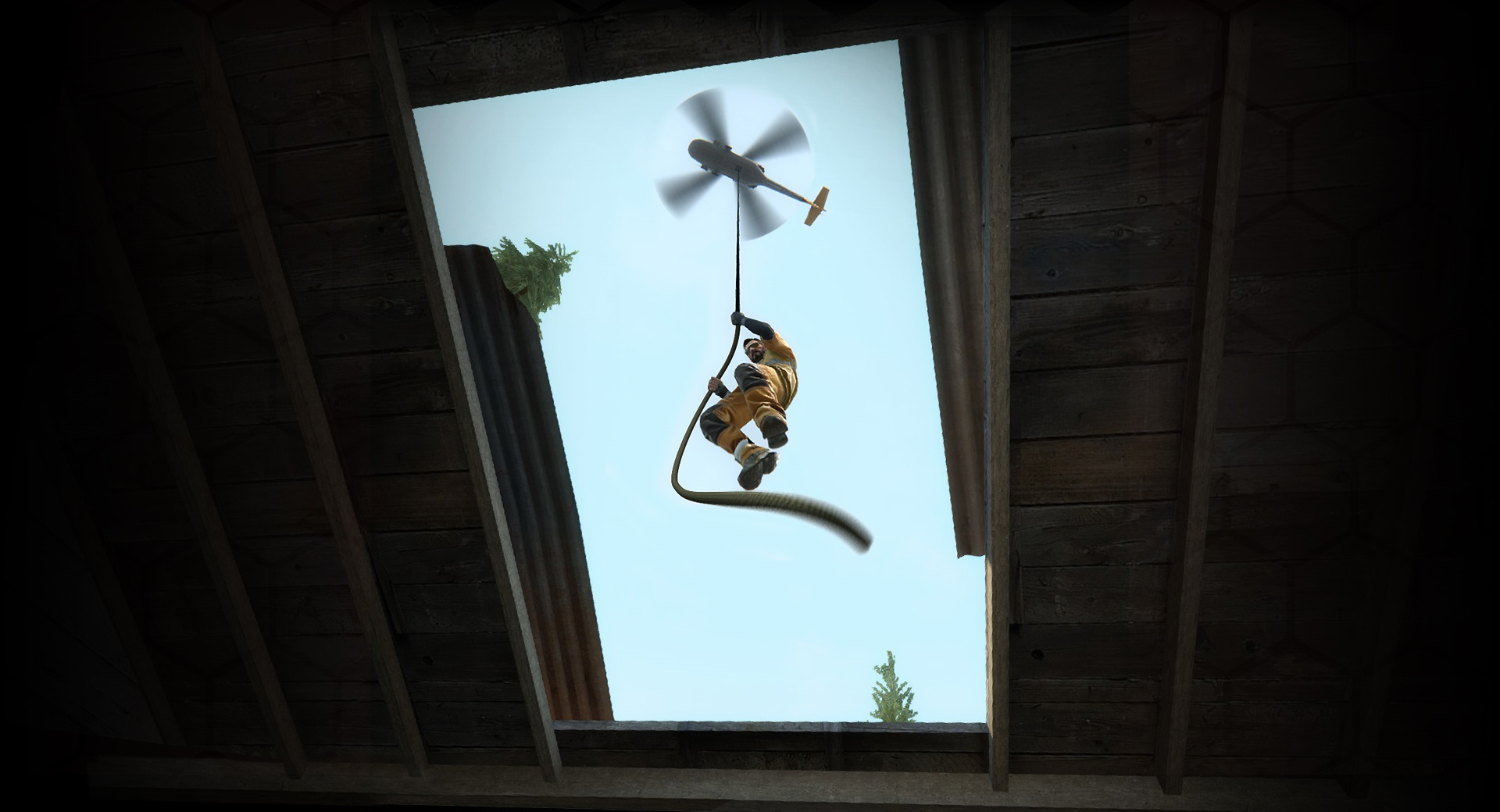 As in regular CS, money is king. By killing enemies or looting, you get cash and can spend it on equipment to be airdropped via drone to your location. Calling in a delivery not only gives enemies a flying little drone to follow to your location, but puts a rough (or specific, with upgrades) location marker on their map, giving them a chance to circle around and ambush you as you pick up gear. It all seems designed to push players into combat as quickly as possible. Death comes quick, too. Players can have a maximum of 120hp, but other than that, the guns behave as normal.

Counter-Strike: Global Offensive is now free to play, and available here on Steam. The Prime status upgrade - matching you with other Prime players and providing extra cosmetic rewards - costs £11.99/€13.25/$14.99. You can read more about the Danger Zone mode here.