Dreams? Never heard of it. Media Molecule's swish toolset might be locked down to PlayStation folks, but those rascals at Dutch indie collective Sokpop have already given us one better. The latest entry in their twice-monthly release catalogue is Sok-Worlds, a set-dressing toy for making and exploring 3D simple collages. Who needs modelling, scripting and animation tools when Google image search is sitting right there, anyway?

According to Sokpop's Aran Koning, Sok-Worlds is a successor of sorts to tiny game-maker Sok-Stories that swaps "cute n' easy" web games for bizarre royalty-free worlds.

Punch a word into Sok-World's search box, and the game will vomit up a handful of relevant stock images. Once in the world, photos can be moved about, scaled and rotated in three dimensions. You can also erase parts of an image to create more cut-out shapes. Imprecisely, mind - with one brush size, it often feels like trying to cut paper angels with garden shears.

Once you've stacked some crunchy JPEGs around the place, you can start setting the sky and floor colour and give the scene a chirpy little pre-written soundtrack. After some staggeringly shite first attempts, here's what I ended up with.

Go on, fire it up. Give me your likes. Satisfy my dopamine cravings. 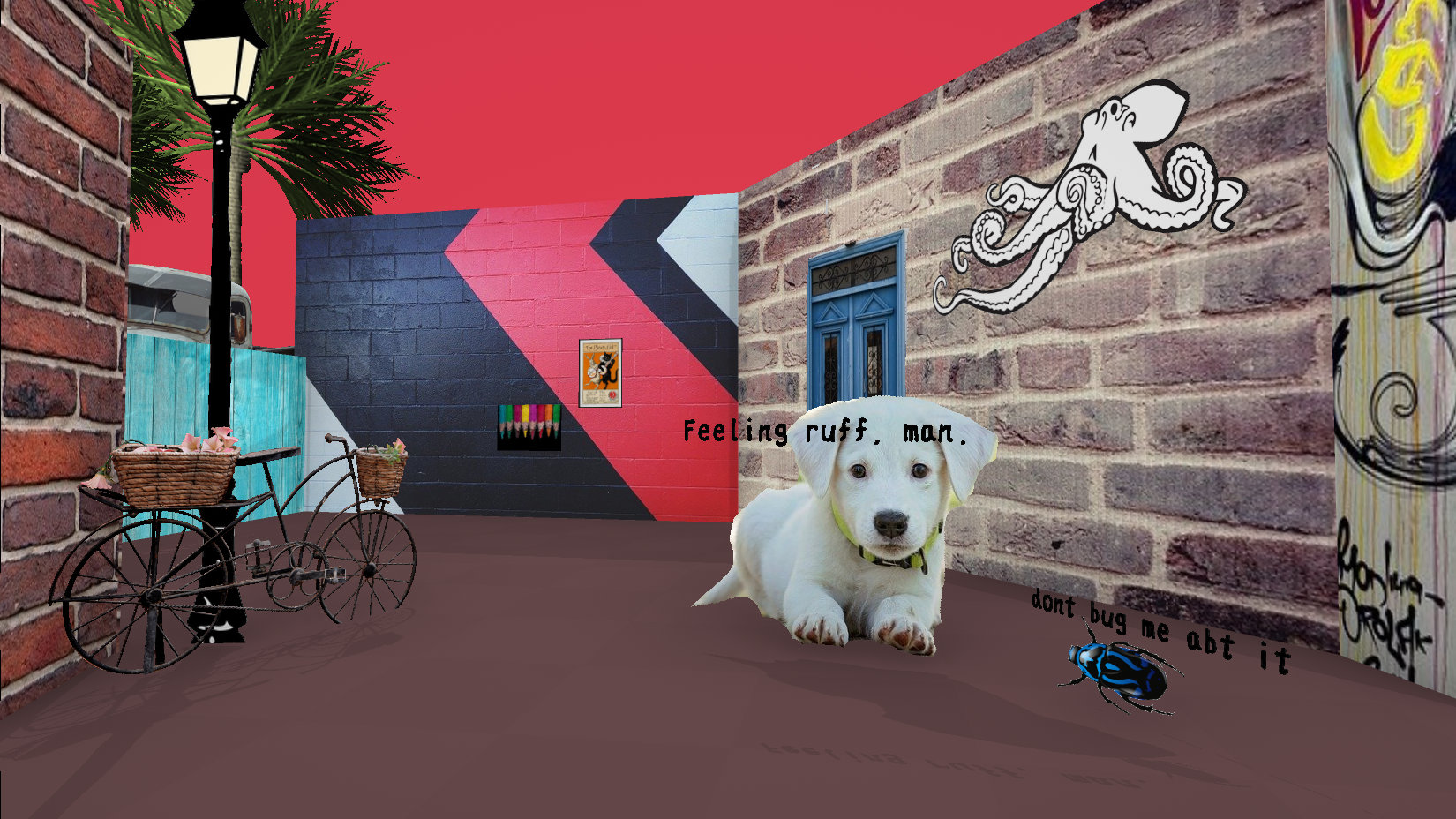 Stumped for ideas? There's an explore tab full of scenes to get your imagination fired up, including celestial gastropods and an adorably "compact" demake of Red Dead Redemption 2. Some of them get proper smart, too, creating impromptu skyboxes from flat pictures of clouds. It's only a matter of time 'til we end up with a horrific Dark Stock Photos world, I reckon.

Sok-Worlds is available on Itch for $3. Those same three bucks could also get you two games a month over on their Patreon, and then two next month, and the next, and so on and such. Itch not your thing? Last month, the collective sok-dropped their entire catalogue on Steam just for you.