It's been a tough ol' time for Crucible. Following a somewhat messy launch, the Amazon-backed hero shooter this week announced it'll be shedding two of its three modes - ditching battle royale and territory control gametypes to focus on being a bit more MOBA, while delaying its first competitive season indefinitely to give the beleaguered beast some much-needed polish.

Developers Relentless Studios explained the changes in a Developer Update last week. Soon, Crucible will only offer Heart Of The Hives, all day every day for every last one of you.

Heart Of The Hives is Crucible's most MOBA-ish mode - two teams slugging it out, growing in power by killing enemy players and environmental monsters to capture three "Hive Hearts" first. Soon, it'll be the only mode - with the battle royale-adjacent Alpha Hunters going offline "soon", and point control 'em up Harvester Command scheduled for decommission as soon as the "new player experience has been improved".

"Moving forward, we’ll be putting all of our efforts towards Heart of the Hives and what we can do to make that mode shine," explained Relentless' Colin Johanson. "Focusing on one mode allows us to refine the design of core systems without the compromises we needed to make to support three game modes."

Relentless have also postponed the game's first competitive season. See, Crucible launched with some fairly vital features missing on release - key among them, voice chat. The devs are using the extended pre-season to work on implementing these features and give their hero shooter another round of polish.

"We’re starting the first phase by developing the features we know we need: voice chat, a surrender option, a system to deal with AFK players ruining matches, an expanded ping system, and potentially some form of mini-map. We don’t have an exhaustive list of changes yet, but those are some of our top priorities." 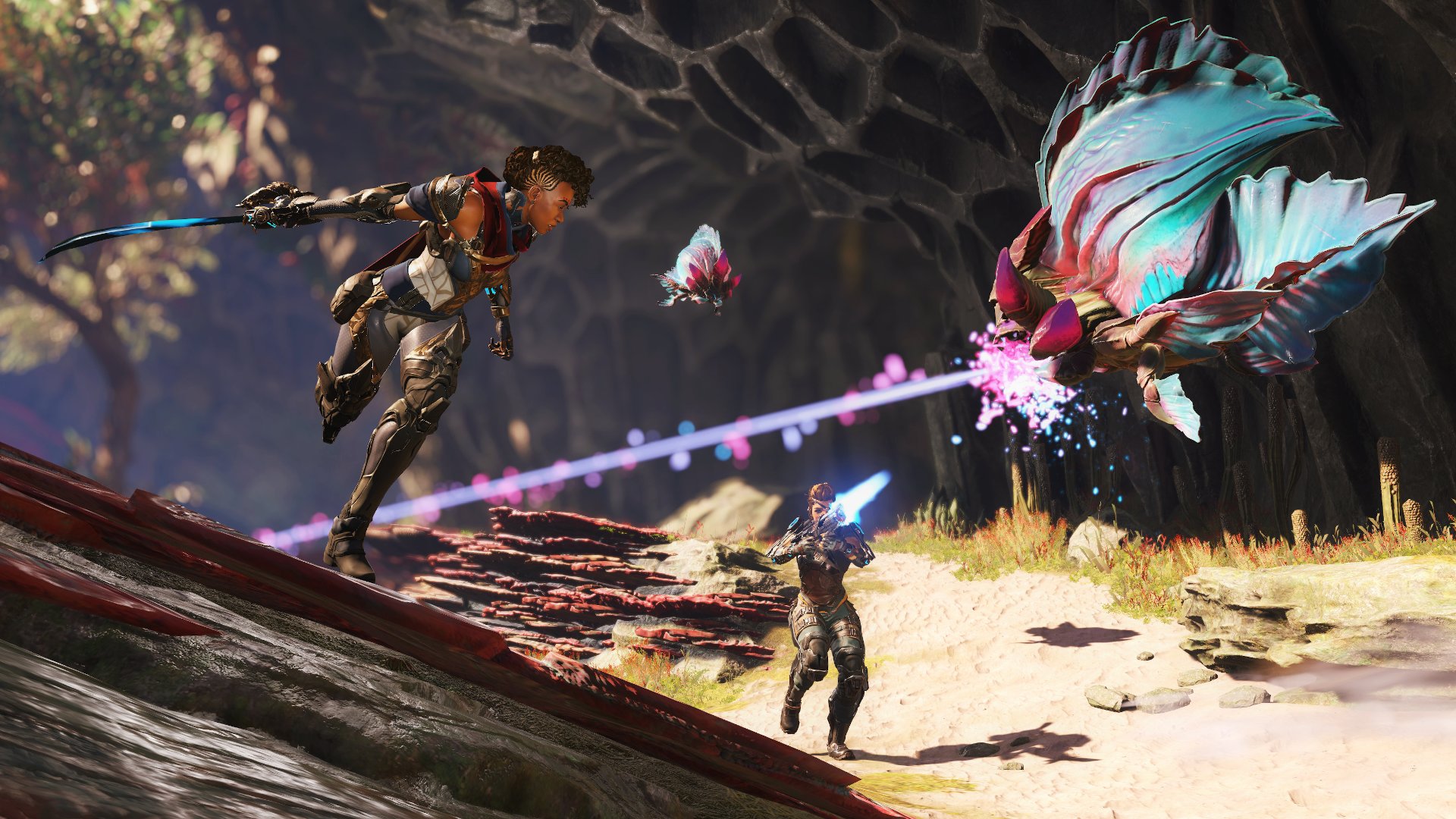 It's a shame, really. Even as Crucible promised to be a refreshing take on the hero shooter, it's launch has offered anything but. Our Matt reckoned it had some neat ideas in his Crucible review - but one that was ultimately more of an "interesting failure" more than anything else.

"On paper, Crucible was built for me," Matt explained. "It’s a MOBA-infused hero shooter with an emphasis on mobility, with a diverse line-up and some interesting new ideas. In reality, I’d rather play any of the many games that grapple with just one of Crucible’s heads, and pulls it off far better. This hydra might be sprawling, but none of it looks healthy."

Hopefully, scaling back to one mode will help Crucible pump some life back into its knackered heart.