In a major free update coming to Cultist Simulator on January 22nd, victory through immortality will be just the beginning. Developers Weather Factory call this second story 'advanced mode', and it lets players resume a completed game in a very clever way. Taking control of an apostle of your now-immortal past self, your new goal is to help your old character ascend to godhood, possibly ending the world in the process. An easy job, then, except for a cadre of rival immortals seeking to throw some eldritch spanners into your machinations.

It sounds like this new mode will be a challenge. "Basically unfair" say Weather Factory, which sounds about right. It was tough enough when it was just you and your cult dodging the attention of the authorities, but having rival eldritch demi-gods gunning for you and your patron? That sounds fun. The new update promises more lore, multiple routes to godhood, and on each attempt at ascendance, one of four opposing immortals to lock horns with. Weather Factory say they "make Detectives and Rivals look like playground bullies", and will go to great lengths to stop you. 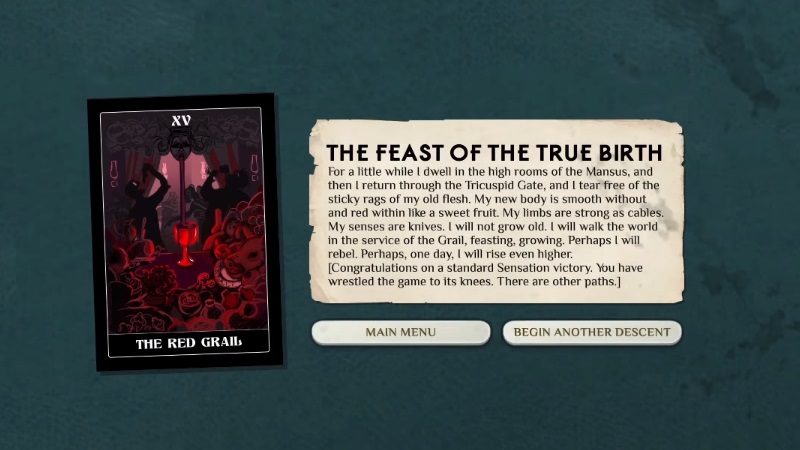 I've got a bit of a thing for creative New Game Plus or Hard modes that remix old challenges in thematically coherent ways. Advanced mode sounds like an especially smart way of retaining the plate-spinning tension of Cultist Sim while raising the stakes. As you're playing as a mere apostle, you'll have to deal with the same financial, health and notoriety concerns as before, but the new end goals and additional story gives it exciting new context. Better still, it builds on the game's existing idea that even a failed run leads to new possible starting points. Soon, you can end it all.

The update goes live at 7pm GMT/11am PST on January 22nd, and will be a free update for everyone with the game on Steam, GOG and Itch. Alongside the update, Weather Factory will be releasing the game's soundtrack for £8/$10. If you're intrigued by all this eldritch weirdness, Nic Reuben's Cultist Simulator review is a fine place to begin.