While nowhere as nimble as the previous Blaze Behemoth, the Charrogg in Dauntless presents you with a different problem: How to manage your space so that you can effectively hit it and just what to do when the beast is using its flamethrowers. It's still not a hard fight, provided you're aware of your surroundings.

This guide has the full tips and tricks to killing the Charrogg boss in Dauntless. It also has the resource table for the Behemoth and how to obtain the resources for each part. 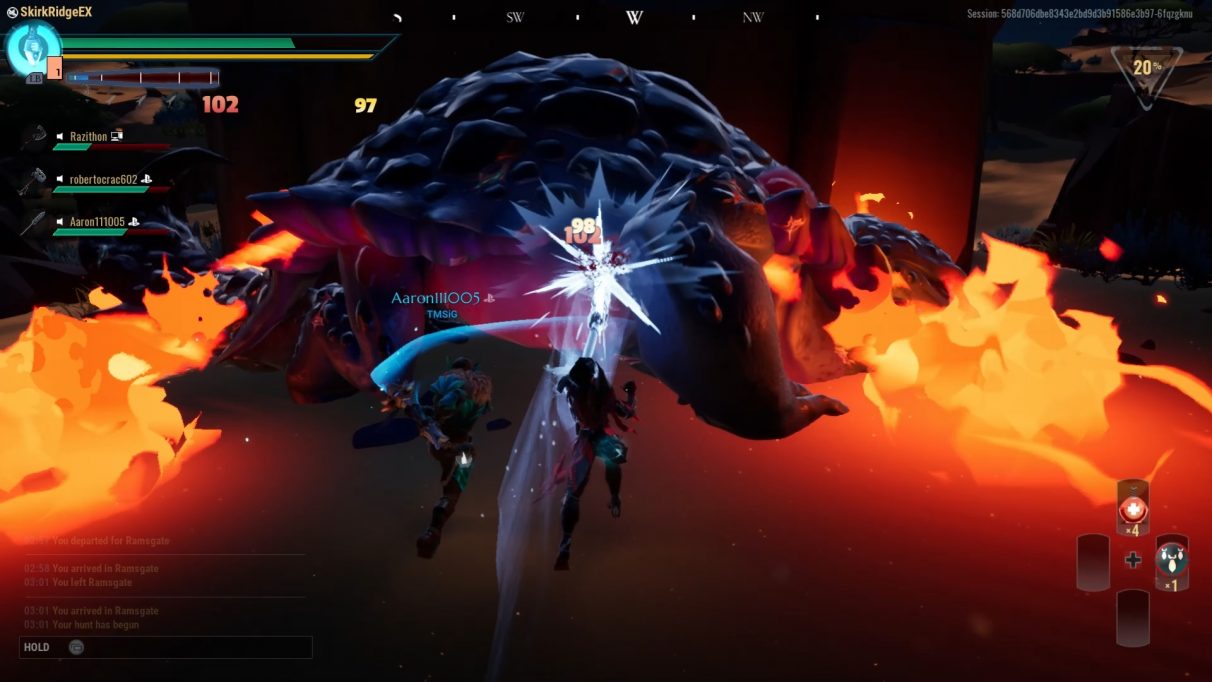 How to kill the Charrogg

Charrogg's attacks are generally quite slow, allowing you to get in close and hit it constantly in-between attacks. It can use melee attacks, but it generally has an easy-to-read tell where it'll shift its weight in the direction the attack. That said, there are a few attacks you should be aware of, because Charrogg's main trick is area control.

Firstly, make sure you're aware of the position of the magma balls at all times. It'll spit out one for each player in the hunt and it will slowly home in on you. If you run away or dodge to the side, then it'll overshoot and attempt to turn around. Eventually the magma balls will dissipate.

Another big thing to watch out for is your footing and magma pools. It has multiple attacks that are easy to dodge initially, but they ooze out into pools of lava. You don't want to be hit by this, or any of its fire attacks as it will burn you. If you are burned, roll three times to put out the flames.

But by far its most dangerous attack is the spinning flamethrowers. It'll expel up to four flames, depending on how many flame sacs are destroyed via part damage, and start rotating in one direction for a long time. Don't attack it at the head or tail while it's in this position as you'll likely be burned. Instead, poke it a few times while it's side on, or if you're particularly skilled, follow the path and attack.

Charrogg's enraged state just buffs the attack speed, how hard they hit, and the speed of the magma balls that home in on you. So feel free to rain down blow after blow in-between its attacks. It will eventually "de-stress" by expelling some magma in a large pool around it, ending the enraged state. Once you've worked out the spacing, this fight should be a breeze.

Before we go, here are the resources you can obtain for slaying and damaging the Charrogg. These are a 100% chance to obtain the items, as long as you break specific parts.

That's it for our Charrogg guide, but we'll have more boss guides coming soon. For more on what you can build with the Charrogg resources, go to our Dauntless weapons and or Dauntless armor guides respectively.