When we meet the creators of fictional worlds, we often want to kill them. Whether its Bioshock's Andrew Ryan and his deadly Rapture, GlaDOS and the sadistic test chambers of Portal, or Kirin Jindosh and the Clockwork Mansion. The urge to destroy these builders is partly down to the nature of their constructions - deathtraps and mazes that make the architect a cruel overseer - but there is perhaps more to it than that. With spoilers for the above, Hazel Monforton investigates the role (and the death) of the author in a medium that invites the audience into the action.

For a long time, authors had an assumed authority over interpretations of their work. It's right in the root of the word - ‘author’ comes to us from the Latin ‘auctor’, from which we also derive 'authority’ and ‘authentic’. The work meant what the author intended it to mean. Roland Barthes’ 1967 essay ‘The Death of The Author’ challenged that idea, stating that analysis should focus not on the author but on the text itself and the reader’s individual encounter with it. 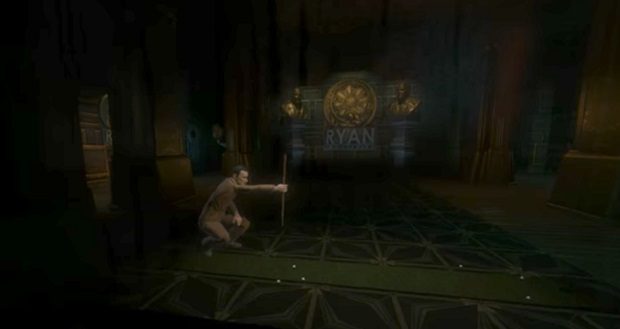 In Barthes’ view, every reader has as much authority over the text’s meaning as the author of the piece. Reading is, in essence, an act of rewriting; we can bring whatever ideas, suppositions, or experiences we’ve had to the text and, through reading, reinvent its meaning for ourselves. If we look at games through a similar lens, perhaps playing becomes an act of redesigning. In a way that is almost unique to the medium, the player’s direct role in the creation of meaning contests the idea of authorship. We're not just bringing our own interpretation to the page, we're choosing who lives and who dies, and how characters choose to progress through the story.

Who, then, is the authority on how a game is, or should be, played? The player who ignores the main quest in an RPG and decides to survive somewhere off the beaten path, the creator of the systems that determine survival, or the author of the forgotten main questline? It can seem like every player is playing a game of their own making, with its own house rules, whether they're aiming for a perfect no-kill playthrough, a speedrun or bringing some form of challenge to a life sim. Sometimes the challenging of the author is written into the game though and the narrative allows us to find and murder an author-figure in pursuit of interpretive control. 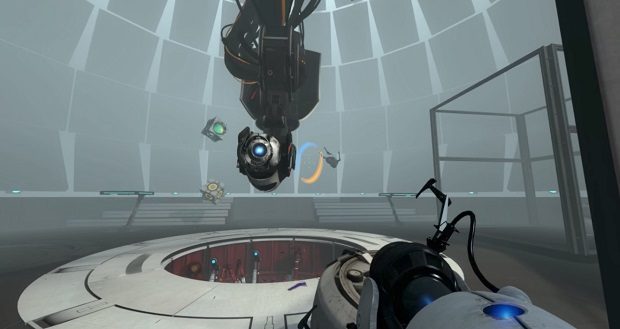 Plenty of games feature some level of voiceover narration — players are told what to do to progress, or are given context on surroundings or decisions in-game. In some cases, like the recent What Remains of Edith Finch, these authorial intrusions are integral to navigating and, by extension, interpreting the game’s narrative. They are a guiding hand. In other games they're more like a coiled fist.

BioShock, the two Portal games, and the Clockwork Mansion level of Dishonored 2 all have us navigate a labyrinth masterminded by a seemingly all-powerful, all-seeing authority who watches our progress through their world with disdain and, at times, amusement. They are able to direct our path by manipulating our environment, and hinder our progress by presenting us with increasingly difficult obstacles.

These kind of narrative structures are relatively common - enough so to be gleefully and sometimes disturbingly satirised in The Stanley Parable - and the narrator characters are often one of the most memorable parts of a game. BioShock and Andrew Ryan still intrigue us a decade after we were asked if we were men or slaves. GLADoS’s sarcastic lines all became instantly quotable. And Kirin Jindosh is Dishonored 2’s most intriguing villain, after Delilah herself. We can even look back to SHODAN in System Shock 2. 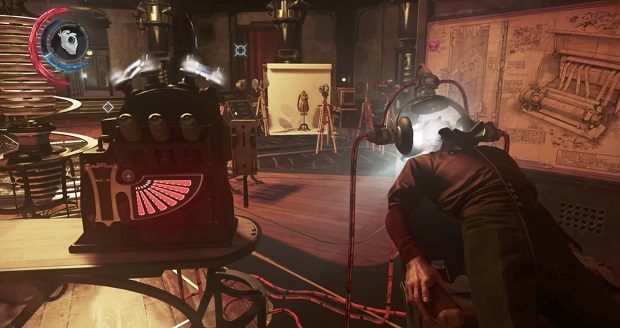 These characters present themselves as the authors of the architectural puzzles in which you are trapped, and as games tell stories through this architecture, these characters become the metaphorical authors of the game experience. But as you progress, their mastery is shown to be incomplete. In each of these games, we are asked to find and eliminate these masterminds in order to take control and escape our surroundings. With the exception of Andrew Ryan, who maintains authorship even after his death, these characters are taunting and authoritative up until you begin to break the illusion of their control.

In all of these games, we circumvent the linear path laid out for us by the author-figure and find the fissures in their design. And these fissures, too, are literalized; we are allowed to crawl between the walls or into the mechanism of the labyrinth itself in order to rework it to our own ends. “What are you doing?” GLADoS asks, clearly alarmed, as we refuse to die in a fire. Jindosh will comment in a sad tone if you find a way into the spaces between the rooms or under the floors, clearly upset that you aren’t appreciating the polished facade of his creation. Wheatley, GLADoS’s rival placed in his authoritative role by your actions in Portal 2, will beg you to jump into a very deadly pit just to make his life easier (and if you do, the last thing you’ll hear is his pensive voice admitting that he didn’t think that would work). Even the EMP bomb that finally grants you access to Ryan’s offices is found tucked behind some pried-back layers of Rapture’s slick veneer.

To progress, we have to enter the machinery behind the stage.

All of these villains are confronted and, in the end, destroyed. We oust them from their control and assume ownership of the architecture they had built to confound us. But our knowledge, and our mastery, renders the space inert. The tension removed, we are left with one interpretive understanding of who owns and controls the game narrative. And rather than leave it there, we replay. 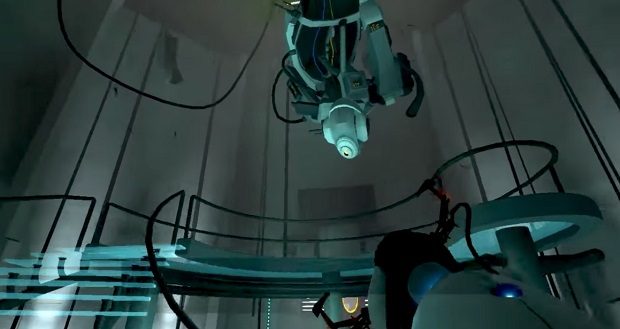 Our relationship with authors will always be troubled. Our encounter with a novel or a video game is rife with interpretation well beyond whatever the creators intend. The particular games mentioned here, in fictionalizing this encounter between creator and audience, allow us to confront and unwind the problems of authorship in the medium, from metaphor to literalization to understanding. And while our agency as players drives us forward to the heart of the machine, we still love the labyrinth, despite our desire to tear down its walls.

The player might escape the confines of the designer’s intent, but this is itself a creative act rather than a destructive one. We're rewriting rather than tearing up the page. To close off the game and to allow just one intent, one playthrough, or one interpretation is to give an author mastery over our experience — and as these examples show, that only taunts us into searching for more.

Hazel Monforton is an academic and critic, and contributed writing to Dishonored: Death of the Outsider.