You need some downtime when you’re huntering monsterers. You need to take the time to wash the Jagras bile out your hair, to trim your Palico's claws, and to talk to your fellow hunterererers about the Gajau that got away. Capcom has realised that, because the incoming expansion, Monster Hunter World: Iceborne, has group baths, saunas, and more monsters as well. Videos below.

If you only have 2:53 of time to spare, here's the trailer that hints at all the fun they're cooking up in the icy expansion.

But if you're still here, and if you have 20 minutes to spare, you should take a look at this developer diary, which goes in-depth on all this. You'll see the new hot springs that make up most of the new Gathering Hub, where players can fall into the water and have splash fights. You'll spy the new Palico powers, like the ability to deploy wacky waving inflatable arm-flailing tubemen decoys. And, most importantly, you'll see the developers pretending to take a bath. The whole thing is adorable as heck.

You have no idea how excited Brendy is at the idea of riding around on those skunk things in the trailer. I bet that's why they added the hot springs. You'll need to take a bath after every ride. Oh, and there are new monstrous monsters as well. As you saw in the trailer, there's the returning Glavenus. There's also the electrified Fulgur Anjanath. It clearly has some sort of roar gland. 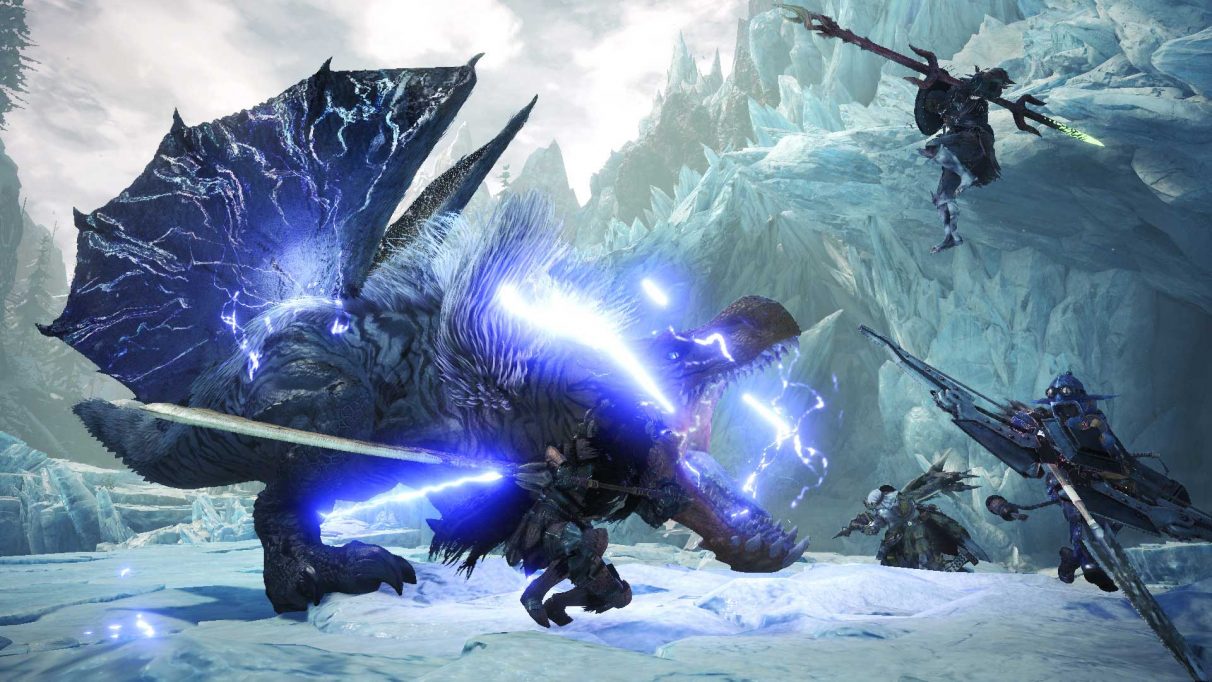 And this is Glavenus, with a large pair of dangly stompsils. Possibly. By now you should realise I know very little about Monster Hunter World. 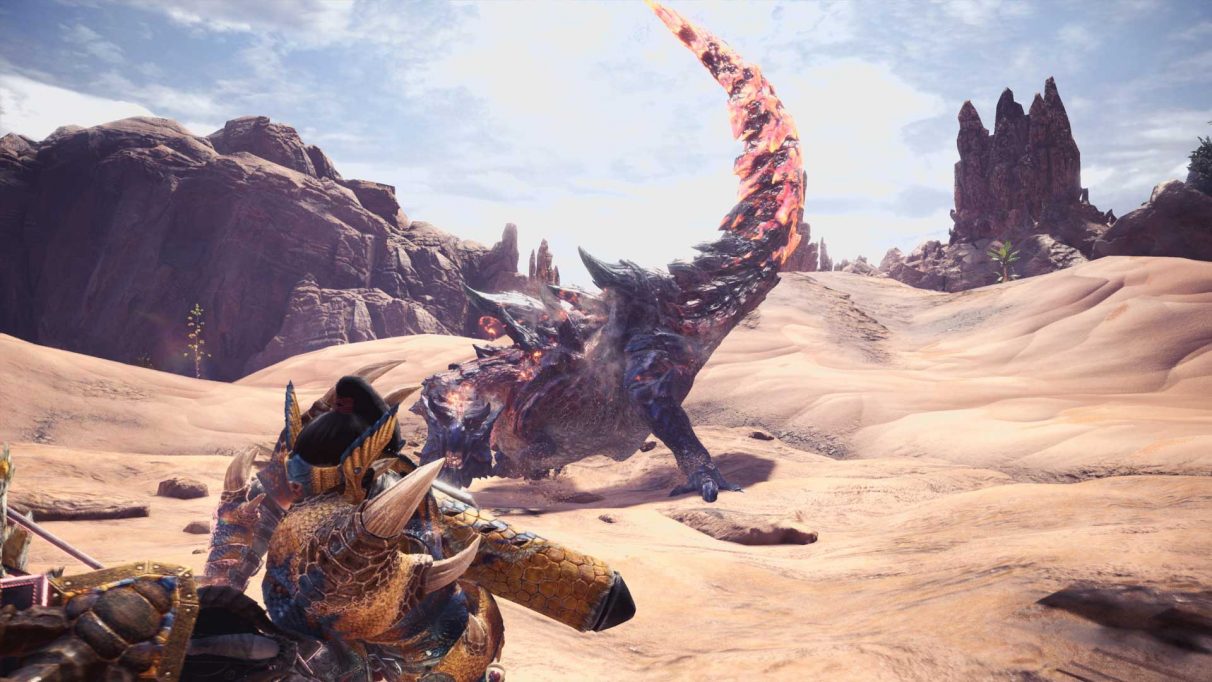 Capcom claim it will be out on PC in the winter, which is at least appropriate.