With snow a-falling, sleigh bells a-jingling, and cookies a-baking, 'tis the season to remember the man who sacrificed his life so humanity might be saved: Saint-14. The legendary Titan of Destiny 2 died after centuries trapped fighting robots who ultimately built a machine to murder specifically him and only him, but today we can save him. As the Season Of Dawn rolls on, from today we can use some 'science' to travel through time and let Saint-14 live again. Destiny 2's Christmas event, The Dawning, started today too but I'm here to celebrate my pal coming home for Christmas. Well, due to be coming home. Pending a bug fix.

We see Saint in the Curse Of Osiris expansion, finding him in a tomb the robots built seemingly out of reverence. He carried with him a prophecy that we would one day meet him and inspired him to become the hero famed for his kind heart and mighty headbutts. Well, that's now on, thanks to the magic time machine Osiris built. Yes, the device which also caused all this season's troubles. At the end of a two-week quest chain, some good has now come of it. Bungie have loudly blabbed about Saint so I'm ruining no surprises here.

Well, Saint-14 should be home. A Dawning quest says he's in the Tower Hangar but, ah, I only see his shotgun hovering in mid-air. Please don't send me back through time to get the rest of him. 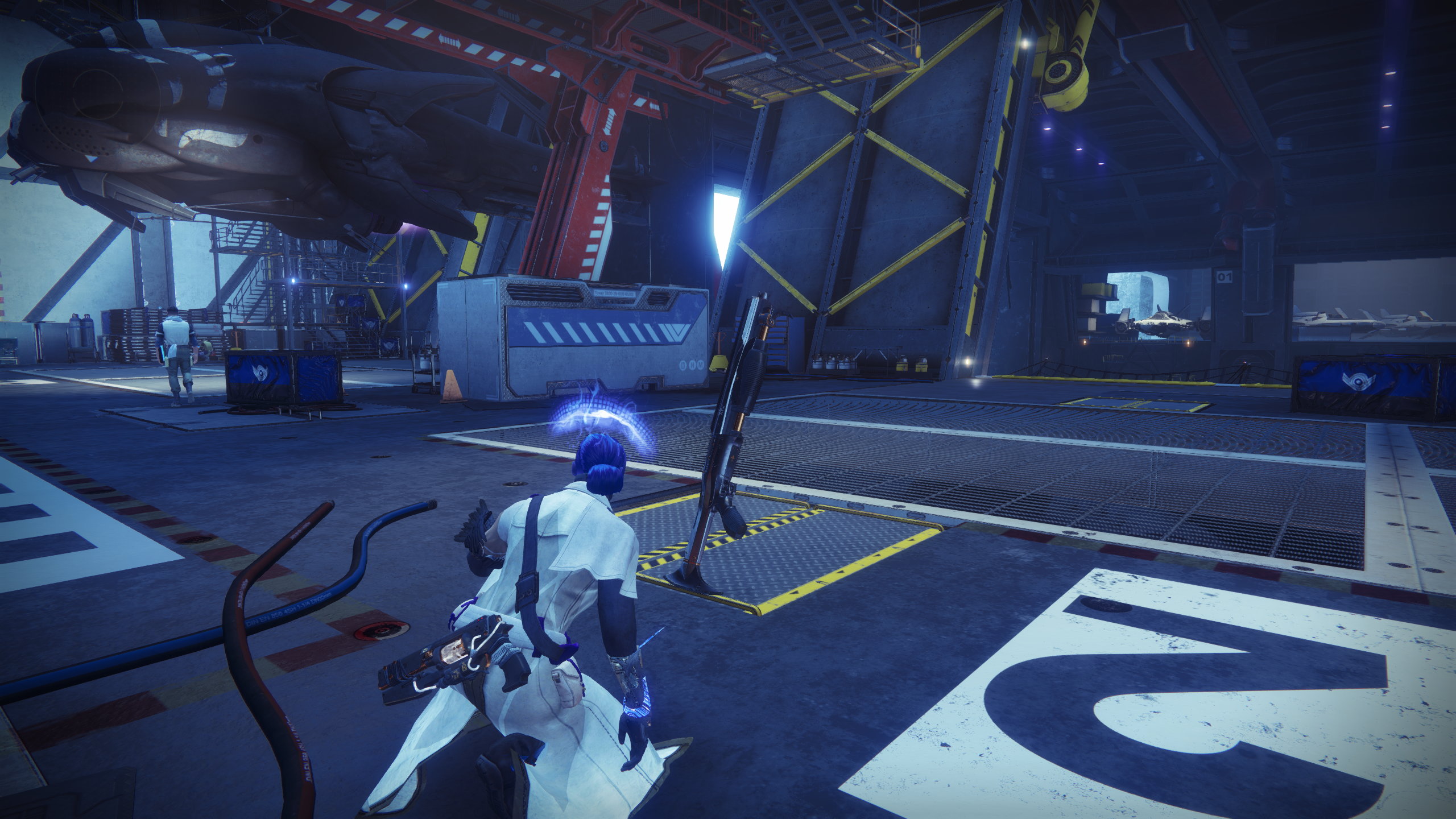 The final two Sundial Obelisks are available now too, with new weapons and passive perks to unlock. I am looking forward to getting a nice new Jack King Queen 3 off the Nessus Obelisk - I do like Lightweight hand cannons, and this is a snappy one. A new boss has rotated into the Sundial too; they're a bit different but it's largely the same thing.

Another bug with this too. The new EDZ Obelisk can bug out and become unusable. Bungie suggest some possible workarounds while they investigate.

Also today! The Dawning, the annual Christmas event, has begun and will run until January 14th. Once again, Eva Levente has given us an oven to bake biscuits by combining ingredients dropped off enemies. Given biscuits to NPCs, get gifts, and on you go. This year, the Dawning can give another festive bike and ship, a new SMG (well, a renovated version of an old SMG), and bits and pieces. It's a bit disappointing.

I already have more good-looking ships and spacebikes than I can use. And unlike last year, we don't get random event engrams with new festive armour. You can buy a new set of festive armour for 6000 Bright Dust or 1500 Silver (£13 of real money) and that's absurd. It's nice and all but... no. I'm not especially put out by Bungie shifting more and more new cosmetics into the Eververse store but the prices are daft and it sucks for events, times that are meant to feel special. And when I see people wearing these things, I'm not wowed like I once was because they feel more glum and more grubby.

Aside from all this, a small patch arrived today. Disappointingly, turns out that the new Symmetry exotic scout rifle staggering Unstoppable Champions was a bug. Boo. That's that gun back in my vault for eternity, then.