With Destiny 2 now in the final week of its Season Of The Undying, Bungie have shared a look at the what's next: a return to Mercury in the Season Of Dawn. The Cabal have big plans to rewrite history while our old pal Osiris has been fiddling with Vex tech to save legendary Titan hardarse Saint-14. Along with picking up story strands, the season will introduce a new six-player matchmade activity to replace the outgoing Vex Offensive, and Bungie showed a bit today in a livestream.

We gave the Vex a good kicking in Undying, and it seems the Cabal are taking advantage of that. They plan to use the technofied planet Mercury as a big ol' time machine to undo the story of the Red War in the base game, where we punched them square in the face. I'm fairly certain we'll manage to knock their teeth out again. Mercury is also host to a new experiment of Osiris, a wizard who has nowt to do with the Egyptian deity, which will help bring back Saint-14.

The first leader of the Titan class, Saint was famed for his headbutt until he got trapped in a Vex simulation. He kicked robots to pieces for literal centuries until they figured out how to drain his Light. Even those heartless robots built him a tomb out of respect, which we briefly visited in Destiny 2's first expansion to yoink Perfect Paradox - the shotgun we apparently will give (will have given?) to him at some future point when we inspire him to become a hero. Time travel stuff. Vex. Messy.

We'll give Osiris's Sundial a spin in the new seasonal six-player mode, another gauntlet of encounters leading to a boss battle. The kitbashed machine will open portals to different time periods on Mercury and we'll hope out, duff up whatever's out there, and hop back in. Bungie say we'll get to choose our rewards a bit through weapon frames. Vex Offensive did that too, though its rewards were ha-ha-hilariously underwhelming. 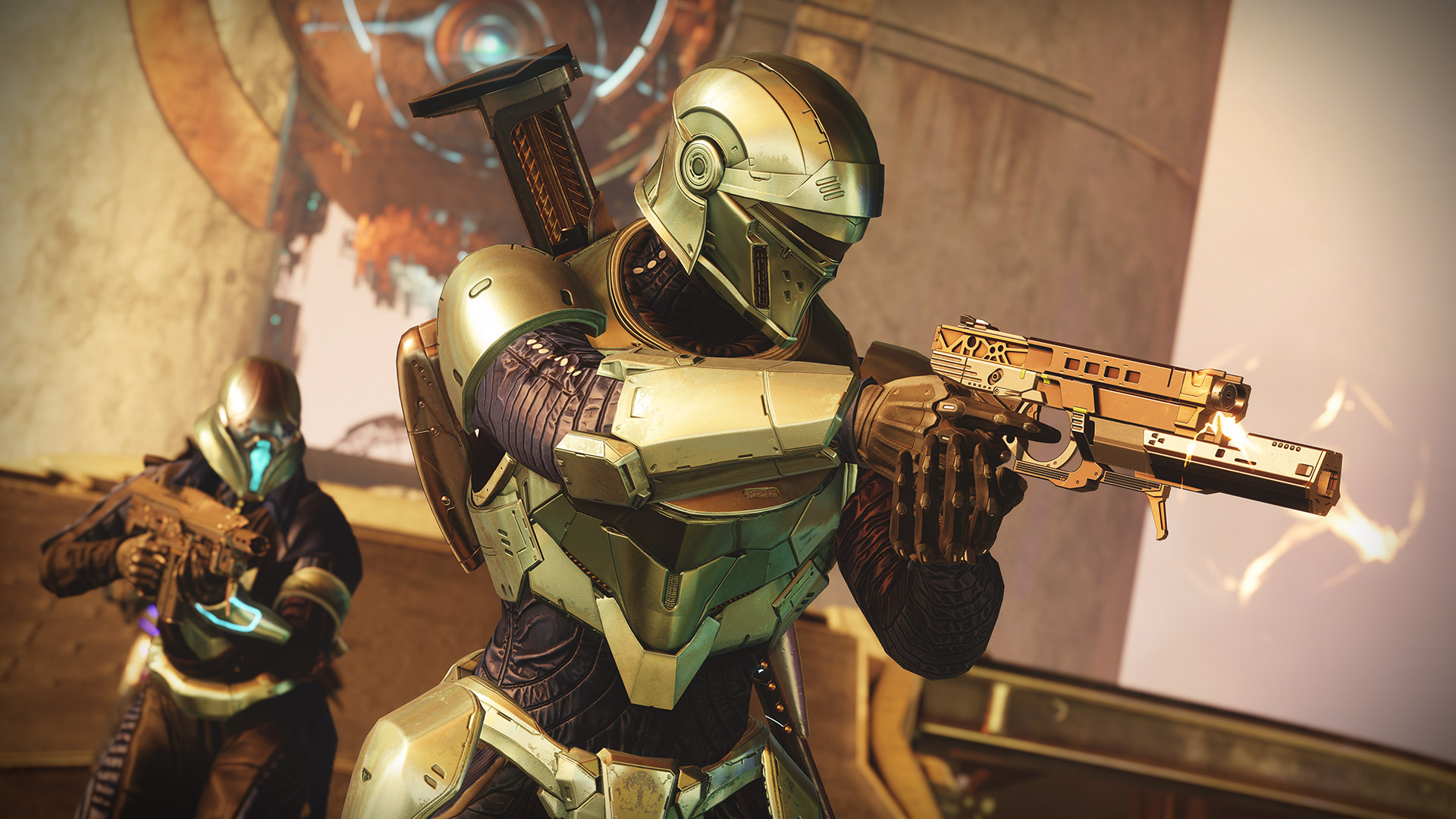 Oh, a new season of course means a new battle pass sorta track and a new power-boosting artifact. The season track will again unlock new rewards of weapons, armour, and Exotic items, with all players getting some of them but people who buy the season pass getting way more. And again the season brings an artifact with new mods to unlock. This time, they're focused on Void and Solar abilities.

See Destiny 2's Season Of Dawn page for more. Bungie are telling a week of daily Saint stories in the run-up to launch too, starting with this one about how nice he was.

I am not sure what to make of this yet. I'm mad sure about the Mercury focus. It's Destiny 2's worst open-world planet, though at least Bungie will finally let us ride our spacebikes around it now. Mercury does also have some of Destiny's prettiest parts in its time-travelling glimpses of the past, and I'd certainly to see more of that now the planet is all timequaked. Season Of The Undying's Vex Offensive is repetitive as heck so it's good that The Sundial will seemingly have more randomised elements in sections and bosses. Lots of Season Of The Undying was bland, including the items. And without a new raid... I'm not sure what I'll be doing this season. But maybe Bungie can redeem Mercury and The Sundial will be more fun. Fingers crossed.

Solar classes are getting rebalanced and fixed up a bit this season too, by the way. See this blog post for more details.

Season Of Dawn starts next Tuesday, December 10th, then will run with events and additions until March 9th. While Undying was included with Shadowkeep, this is a season you'll need to buy for £8.49 if you didn't get the Digital Deluxe or Collector's Edition which came with a full year of passes.

I really hope something dramatic happens in the next few days to see off Season of The Undying. The new final boss of Vex Offensive was a big disappointment.

Destiny 2 is free-to-play on Steam these days.