Loot-hungry heroes today return to a wacky Emperor's gilded spacehulk as Destiny 2 has just started the third season of its Annual Pass content. The Season Of Opulence brings a new cooperative activity, the Menagerie, as well as a new raid, the Crown of Sorrow. These bring new guns and armour glittering with all the tacky flair that our Emperor pal so adores. The season will continue to trickle new bits out across the summer, including events also for players who don't own the Pass.

The Season Of Opulence focuses on Calus, the deposed Cabal Emperor who invites us to the game's first raids aboard the Leviathan. That's his ship which goes up sucking up planets to make into wine for him. Really. He's long muttered about the coming darkness and the power it offers, and now wants us to dabble in darkness more. The new raid and mode are set aboard new parts of Leviathan, where Calus seems to have done something foolish with the heretical Hive. Drinking planets is one thing but the Hive take hunger too far.

Menagerie mode will send us into Calus's zoo to give the residents a good kicking. It's a six-player activity (with matchmaking) and has a bit of random level generation for variety on our murderwalks. Continuing the 'build your own weapons' idea of the Black Armory, Menagerie will hoy us a 'Chalice Of Opulence' to earn certain item types with specific masterwork perks by collecting and combining runes. The quest which opens this activity also gives some high-level gear to boost players who are a bit behind.

For serious six-player squads, there's the Crown Of Sorrow raid visiting a Hive infestation aboard the ship. "Deep within the belly of the Leviathan, one of Calus's former Loyalists has lost his mind to an Ascendant Hive relic," Bungie say. Going from Bungie's short stories, it involves a terrible hat.

The raid opens today at midnight (4pm Pacific), giving players six hours to gear up for the new raid race. The first squad in the world to complete the raid will win actual physical championship belts to hide in their cupboards, while players who beat Crown Of Sorrow within the first 24 hours can still get an exclusive decorative emblem.

Another big update means more balance changes. Non-exotic fusion rifles are getting big damage boosts in PvE, 30-47% depending on their frame. Swords get tweaked with more ammo overall, more damage for weak moves, and higher ammo costs on powerful moves. Most contentiously, Bungie are taming Luna's Howl and Not Forgotten, two revolvers which take a long grind to unlock but dominate PvP (especially on consoles). I will miss my Luna's Howl, which I've used in PvE a fair bit too, though I am now glad I haven't put in the extra grind for Not Forgotten.

See the season schedule for what's to come and version 2.5.0.1 patch notes for more on oh so much more. The actual best parts are: 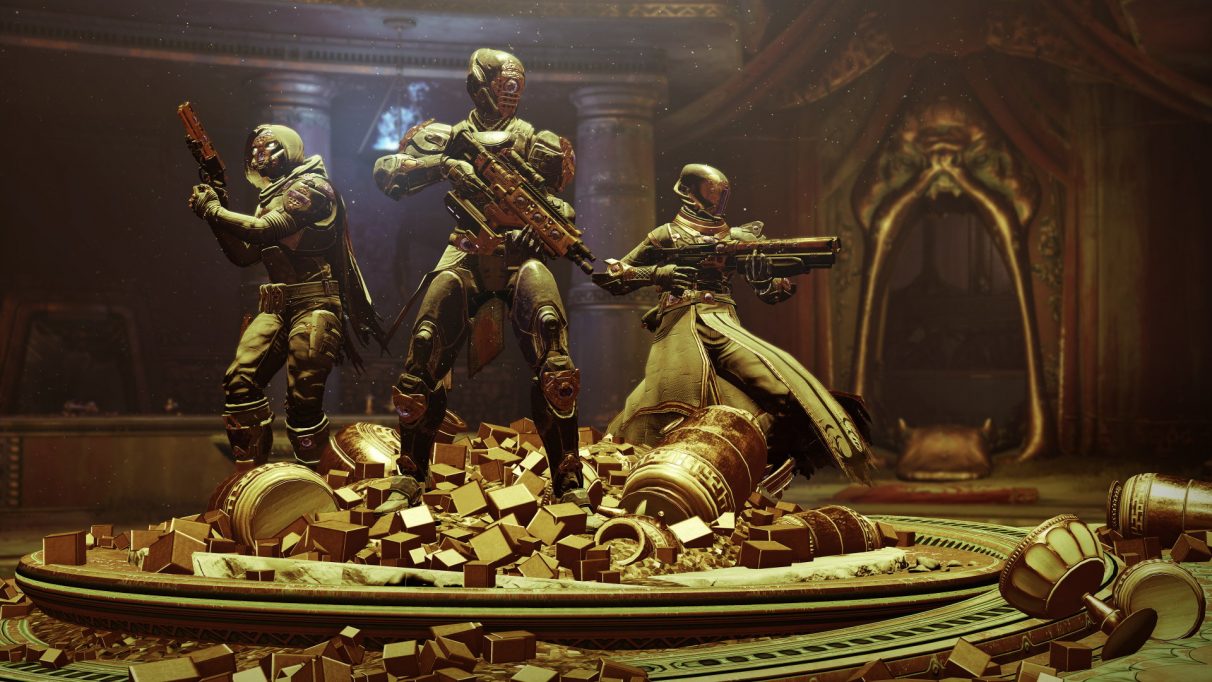 What comes after this? Bungie have said they plan to "reveal the next chapter of Destiny 2" on Thursday. According to supposed leaked marketing dug from Opulence's data files, it'll be an expansion named Destiny 2: Shadowkeep. Supposedly that'll return to the Moon, which was a Hive hotbed in the first game. This may be a hoax, mind, and doesn't explain much of anything. Let's see on Thursday.

I'd be glad for another big expansion rather than another sequel just yet. Destiny 2 only recently got itself into decent shape with the third expansion, Forsaken, and I'm not yet ready to start over from scratch. With all the bits and pieces D2 has added over several years, a sequel might risk being empty in comparison. That's the digital disease we call The Sims Syndrome. Bungie are self-publishing Destiny now, having parted ways with Activision, so they have more control over what's next.

Hell, Destiny is basically an MMO, why not call an end to sequels and keep on rolling with expansions? While the Annual Pass has been a mixed bag with some frustrating teething problems, after six months, well, I've happily played another six months of Destiny 2. I would like more progress on the storylines that have simmered in the background but MMOs certainly can do big stories with world-changing consequences.

Destiny 2's Annual Pass is £30/$35 on Battle.net. It requires both the base game and the Forsaken expansion, which these days handily includes both prerequisite DLCs.