It feels like public opinion on Destiny 2 plunged headlong off a cliff in the final two months of 2017. While fundamentally solid, the loot-heavy FPS's brief first expansion left many dissatisfied, and controversies over XP-throttling and Bungie's seeming obsession with pushing loot crates as the primary means of character customization left many with less-than-kind things to say about the game.

In an attempt to head the worst of the PR off at the pass, Bungie released a broad development road-map this week, detailing their plans for new content and reworking of existing systems from here until late 2018. I attempted to decipher some of it for those not already neck-deep in weird immortal space-knight lore.

Most immediate of the planned changes is a patch coming on January 30th, which is set to add the Masterwork equipment rarity tier to armor, after the community seemed to react positively to its introduction on weaponry. Masterwork armor's most immediate advantage over the regular sort is a boost to overall damage reduction when using your Super ability, but there's an additional slot for random stat bonuses that can be re-rolled. You can also use Masterwork Cores to upgrade favorite pieces of lower-tier gear to the new rarity. A more long-term plan for the game is to introduce Masterwork perks to existing Exotic gear, too.

The January update will also rework Raid rewards. Now, doing the most demanding content in the game will reward you with unique equipment mods with perks specific to the raid in which it was found. If you don't get the exact drops you want, you'll be able to buy both Leviathan and Eater Of Worlds gear directly using Raid Tokens after a few laps through the grinder. This is apparently the start of Bungie's plan to de-emphasize the loot-box Eververse store and put specific rewards on each activity or set of activities. 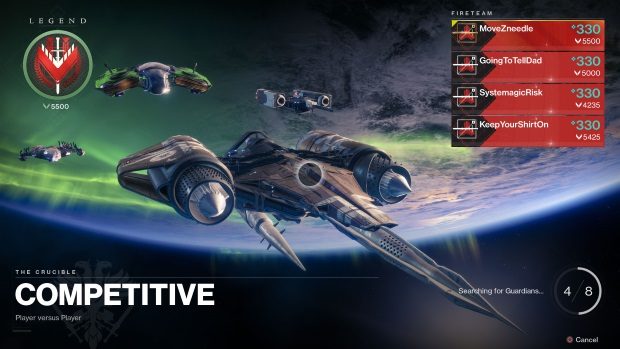 Across the rest of the year, there's plenty more coming. PvP will be expanding to 6v6 matches (I'm hoping for 8v8 with vehicles still), public chat is coming to The Tower, fully custom competitive matches with friends will be introduced, and Bungie hope to overhaul the item stash system, and as part of their de-emphasis plans regarding Eververse, Ghost skins, ship hulls and rare Sparrows will be added to the reward lists for various activities starting mid-February. There's quite a bit more besides this, but these seem to be the most important of the upcoming tweaks and changes.

Destiny 2's patchy content release schedule and the worrying brevity of the Curse of Osiris expansion make me realize just how spoiled I've been by the semi-episodic expansion structure of Guild Wars 2 and Final Fantasy XIV. Both games receive massive paid expansions every now and then, but fill the intervening time with free (in the case of GW2) or standard-with-subscription (FFXIV) episodic updates, each easily equivalent in size to a Destiny 1 or 2 expansion. If Bungie want to play with the big kids in the MMO playground, they're going to have to step up their game.

On a more immediately positive note, this week in Destiny 2, you can visit the mysterious wandering shopkeeper Zur this week to trade in some of your legendary shards for The Colony, one of the new expansion weapons; a grenade launcher that spits out homing spider-drones instead of boring bouncing explosive charges. It's the kind of gun that makes me wish I had an 8-slot weapon selection wheel, and the kind of thing I'd love to see more of in the future of the game. You heard me, Bungie More spiders!