Bungie last night kicked off Destiny 2's 'Arc Week', which is mostly fancy theming around a balance patch addressing underpowered electrical abilities and pointlessly rare drops. It also brought an actual surprise: players were getting Wavesplitter, a top-notch weapon that has so far been exclusive to PlayStation 4. Had Bungie escaping the clutches of Activision also meant they'd evaded the exclusivity deal? Are we getting the exclusive mission next? Naw, Wavesplitter was a mistake, now 'fixed', and we're back to waiting. Boo. On the bright side, the update's intended changes are pretty deece.

Wavesplitter's accidental release seems to have come about from one genuine surprise, the Exotic travelling salesman Xûr starting to sell items from the Forsaken expansion in his 'Fated Engram' grab bags of goodies. That's one change Bungie had kept up their sleeve until the update launched. Many players who visited Xûr in the one-hour period between the patch hitting and Xûr vanishing for the week found, hey what, they got Wavesplitter out a Fated Engram. That should not have happened.

Along with one cooperative 'Strike' mission and three outfits, Wavesplitter launched exclusive to the PlayStation 4 edition of Forsaken in September. Activision have signed PS4 scloosie deals with several games, see, because they still think it's 2009. The exclusivity won't last forever buuut sadly they will last a while longer.

"We're currently working on a fix," Bungie said last night. "In the meantime, Xbox and PC players who acquired the weapon will be able to use it. After the fix goes live, they will still have it in their inventories, but will not be able to equip it until this weapon enters the general Exotic loot pool in September 2019."

Boooo. Hisss. That's directed more at Ian Vision for signing those scloosie deals, I suppose. It's still a disappointment.

Anyway, onto things Arc Week did on purpose. As the theme of Update 2.2.1 might suggest, it improves a number of Arc abilities across the classes. Two of the Hunter Arc subclasses are now better brawlers, dodging and weaving and giving Titans a run for their punchmoney. Warlock Arc subclasses are improved across the board, and over in the Void energy tree improved Nova Warp a little following the recent savage nerf. Titans get some Arc love too, though curiously Bungie haven't done anything to make Thundercrash not rubbo in PvE. 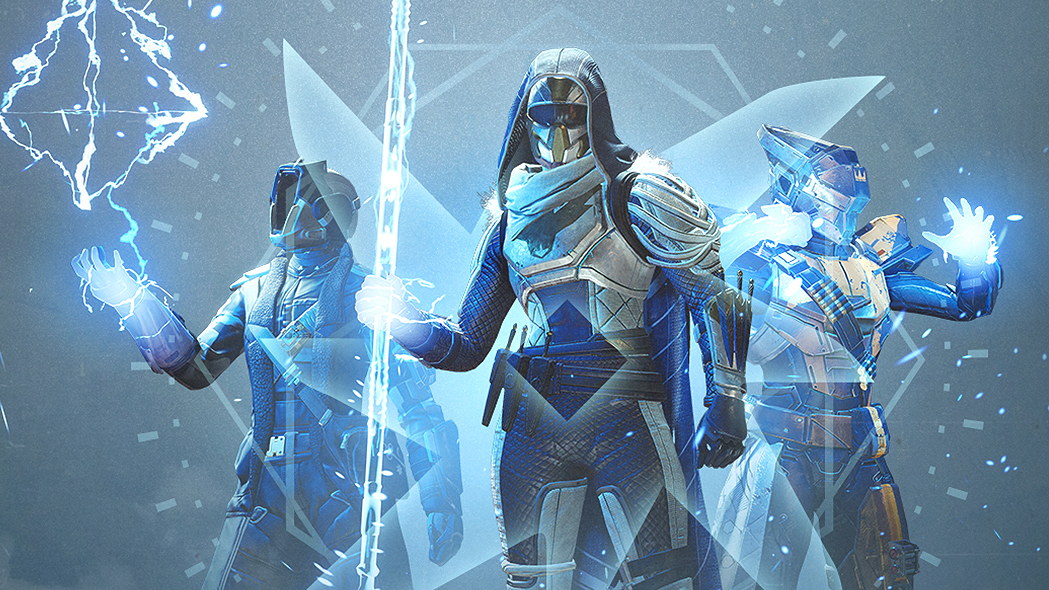 They do have some strange blind spots, Bungie do. They noticed that the Dawnblade's Everlasting Fire super could be extended a ridiculous amount and fixed that, yet somehow the Hunter's Spectral Blades super is still tearing up PvP as it has for months. Bungie said last week that they are planning to fix Spectral but it's been a big problem for so long.

As promised, the update also fixes a number of frustrating issues related to scarcity. The Ghost shells, spacebikes, and ships from The Dreaming City and its Last Wish raid have received massive boosts to their drop rate. These items are largely cosmetic but their rarity has kept many from claiming the respective Titles to show off. The shells, and some others, only had a 2% chance to drop before, which was... daft. Now they're all 20%.

The elusive laser-screaming dragonbonegun One Thousand Voices has received a wee bump too, from 5% to 10%. Bungie rarely state hard numbers, and it's nice to understand why I got my screaming skullgun long before those trinkets and baubles. Weird.

Ada-1, the custodian of the Black Armory, now offers all of their weapon frames each week rather than a rotating selection. You'll still only be able to pick two weapon types to repeat and forge over and over in search of those godrolls, but you won't have to wait weeks for a particular frame to come back around.

Lots of the lore drops are more common now too.

ALSO Bungie have added weapon Catalysts to improve the Prospector, Rat King, Hard Light, and Suros Regime. The Regime Catalyst can only be found as a random PvP reward, while the rest are from Strikes and Nightfalls. None are mega-amazing but they do bring nice little bonuses.

AND Banshee-44, the forgetful gunsmith, has removed world drops from his stock and now only offers gunsmith weapons. Basically, it's time to cash in your stash of Gunsmith Materials in the hope of getting a good Erentil FR4, the fusion rifle that's the PvP flavour of the month. I found this video from YouTuber "Fallout" most informative:

FURTHERMORE you can now get Reckoning weapons as Gambit Prime rewards, and vice versa. Odds increase each time you don't get one too. The new goodies have been frustratingly rare so that's good.

PLUS if you missed the quest to get the zappy Thunderlord machinegun, hey, that's live again now. Thunderlord was turned into a random drop after the quest was removed but this is guaranteed and does lead to revisiting somewhere from the first Destiny.

Basically, the patch does a lot of small-but-good stuff. And some problems. Bungie have temporarily disable getting Season 6 Pinnacle weapons cos people could get loads and dismantle them for Weapon Cores galore - which wouldn't be a concern if we didn't have that whole lousy grindy Core system bottlenecking weapon upgrades. And I'm not sure about some of the balance changes, particularly in Gambit Prime; I'll need to see how they shake out. And god, please fix Spectral Blades already.

Anyway. See the Destiny 2 update 2.2.1 patch notes for full details on everything.

What am I up to this Arc Week? Not going anywhere near Arc energy. Bungie have made Mayhem the current PvP showcase mode, so everyone can spam their improved zapbeams with gay abandon, but I'm using this to finish the long and painful Pinnacle quest for the Mountaintop. You'll find me spamming Shadowshot and grenade launchers to get those final few double-kills. As a bonus, all the tethers really shut down the endless roaming Supers. Call me a killjoy, but soon I'll be joyfully killing you with my Mountaintop.