The director of Destiny 2 has dropped another of his sporadic 4000-word thoughtdumps reflecting on the state of the MMOFPS, its successes, and its failures. One big problem Luke Smith acknowledges is that the latest seasons, starting with Season Of The Undying, create a disappointing "feeling of ephemeral private activities and rewards that go away" rather than the exciting "evolving world" they'd wanted. Bungie will try to fix that with the next year, he says, and they have some other big changes planned. It sounds promising but I wish he'd addressed Eververse's role in FOMO.

Luke Smith's latest Director's Cut post is 4134 words long and a touch rambling, so let's look at the big parts.

First, the current model of seasons, started alongside the launch of Shadowkeep, isn't working. When Smith talked about Destiny's new season model in August 2019's wordblast, he said they wanted to build an "evolving world" and that "the best Destiny stories are the ones where 'you had to be there when...'." That was meant drive the current run of seasons, with seasonal modes, gear, activities, and stories that wrapped up then went away. The previous run of seasons after Forsaken, in contrast, permanently added Forges, Gambit Prime, the Menagerie, and questlines accompanying them. Bungie have said it's unfeasible to keep all additions but it seems a shame and a waste to throw so much out. He acknowledges this change kinda sucks in several ways.

"We aren't delivering the feeling of an evolving world. Instead we are delivering the feeling of ephemeral private activities and rewards that go away. The Forsaken Annual Pass had its share of challenges (see last year's DC), but it also had this awesome property: If I stopped playing for a Season, when I came back, there were a bunch of rewards and activities that I could catch up on."

Smith concedes that "this year's version of Seasons has too much FOMO in them" and says next year's run "will have less." For you unhepcats out there, FOMO is Fear Of Missing Out.

He says Bungie are currently "talking about moving away from creating Season-bespoke private activities and instead using that time and effort to build themes that aren't just represented by a marquee event that will fade away, but rather to inject these Seasonal themes into more of the game." It's a multifaceted problem which will take many small solutions. He mentions the idea of pushing seasonal rewards and themes more into the "core activities" of Crucible, Strikes, and such. And maybe Bungie could put more development resources into fancy story quests like saving Saint-14 then not remove them at the end of the season. Perhaps they'll have more dangerous fights in open-world zones that require cooperation. I'd be up for all this. 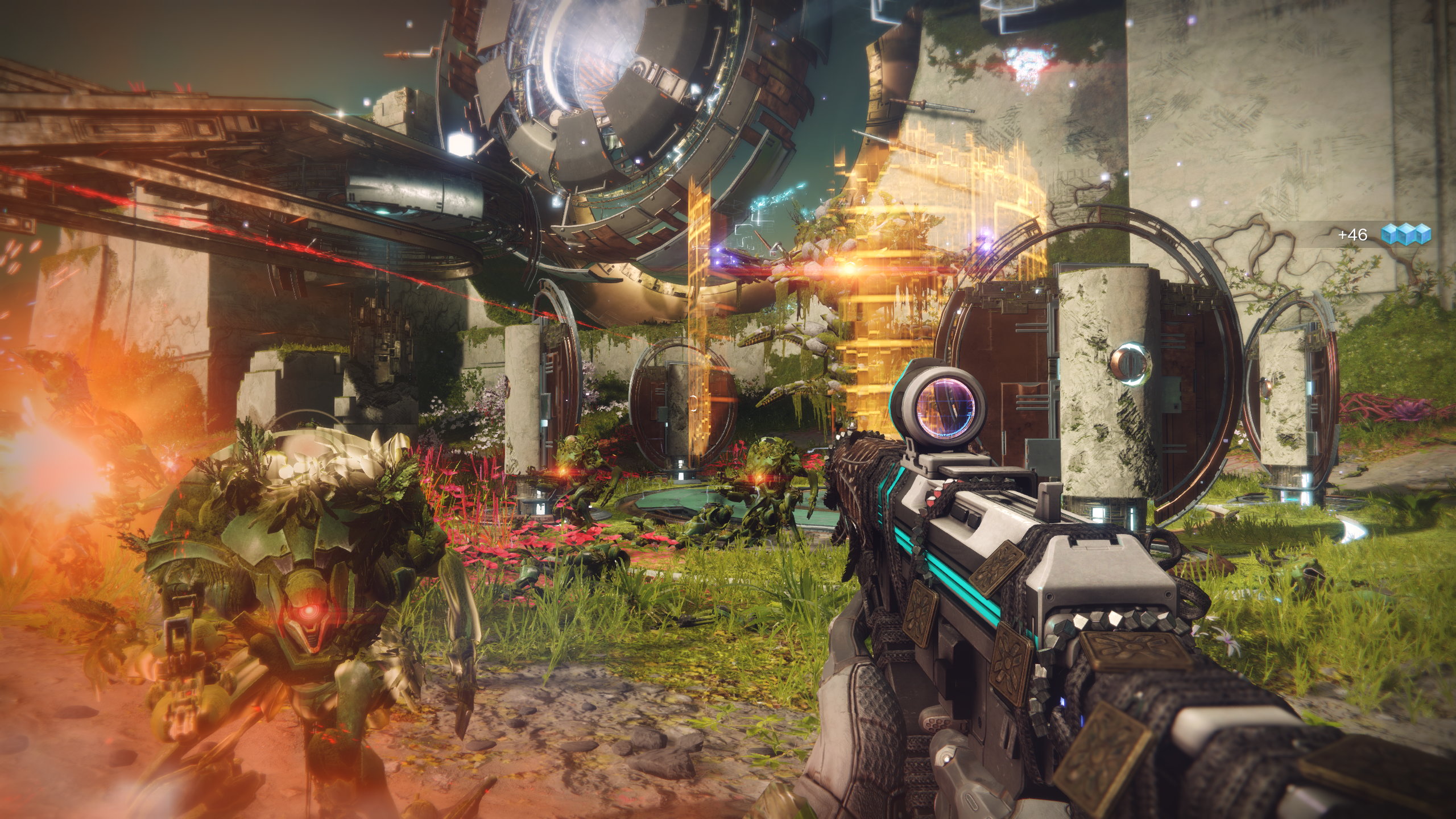 Destiny seasons currently discourage taking a break and risk missing content, and that does suck. Players are nudged to stick around and keep ticking off tasks, which makes some angrily burn out and others just outright leave. And the seasonal modes after Menagerie haven't been as good as core modes; I played Sundial and Vex Offensive enough to get the rewards and triumphs I wanted then stopped. I do think last season's Vex Invasions rampaging across the Moon's public spaces were actually a good example of the sort of "You had to be there when..." moment he said they wanted to create, mind, and more big public rumbles would be grand. Though I think Smith skips over a key problem with Destiny's current model.

Part of the seasonal FOMO and tedium is down to Bungie removing the random engrams of fresh Eververse cosmetic items we once got as level-up rewards, making a load of new seasonal content available only through the microtransaction store. While most Eververse items are eventually sold for the currency we can earn by playing, Bright Dust, getting enough requires finishing a whole lot of bounties. I don't even want all of them but the possibility that I'll not have enough Dust for good things coming up later in the season is enough to keep me grinding. The game will feel like a chore list as long as when I log on, I go straight to the Tower (which takes ages thanks to an ongoing awful load time bug), decide which mode's Bright Dust bounties I'll tick off today, collect them, then pick my loadouts (and Strikes) to optimally complete the goals. Eververse influences so much of my playtime yet I don't earn nearly enough Dust for everything I've liked even with three characters I play loads.

Look, I don't object to Bungie using Eververse to raise extra cash from a game with a hugely generous free-to-play side (I've bought some Eververse bits for real money myself!) but I don't like that they connect so many seasonal items to a tedious and FOMO-inducing grind. Especially when their real-money prices are ludicrously high. You can't reasonably talk about FOMO without acknowledging Eververse's role in it. 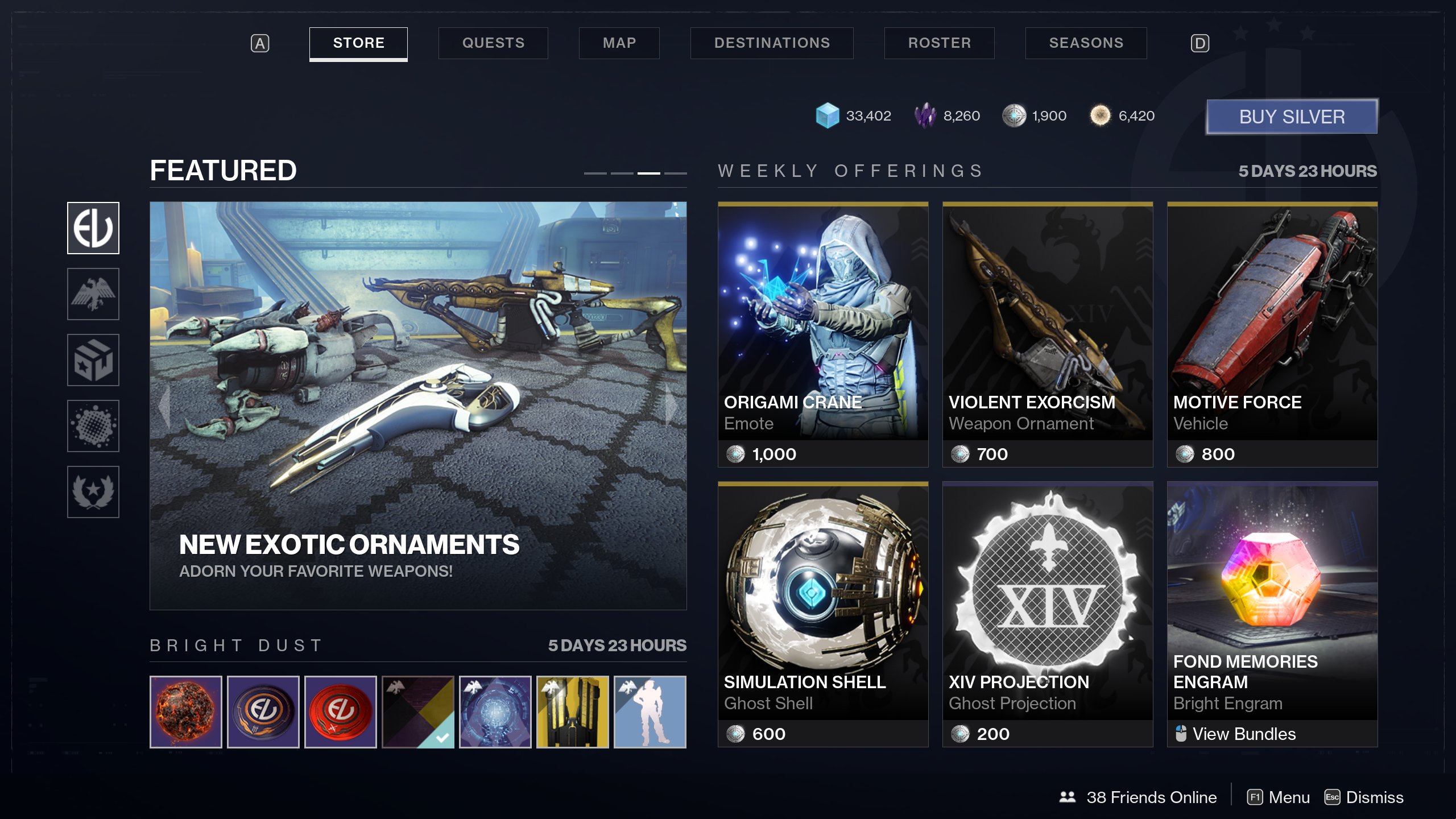 Moving on... power creep! Because we can infuse weapons to higher Light Levels, they never naturally become obsolete. Smith says that means it's hard to make Legendary weapons like Pinnacle (now Ritual) and raid rewards truly special because they'll be around run to roughshod over the game until usurped by something even more powerful. But it's nice to have specialness not limited to Exotics and it does suck that raid weapons are just yet more loot. So he proposes a solution: Legendary weapons can be special and strong, but Legendaries will only be able to infuse up to a certain Light Level. The idea is that after stomping around bellowing for a while -- he suggests a lifespan of "between 9 and 15 months" -- Legendaries (and not Exotics, to be clear) will naturally be left behind as the game's max Light Level keeps increasing beyond the weapon's cap. I'm not sure how that will work when Light Level is irrelevant in most of Destiny but I trust they have a plan?

"Our hope is that instead of having to account for a weapon's viability forever when we create one, it can be easier to let something powerful exist in the ecosystem," Smith said. "And those potent weapons entering the ecosystem mean there's more fun items to pursue."

I prefer the meta to shift over time anyway so sure, I guess this is another alternative to nerfs or endless power creep. I'll have to see how it works in reality. 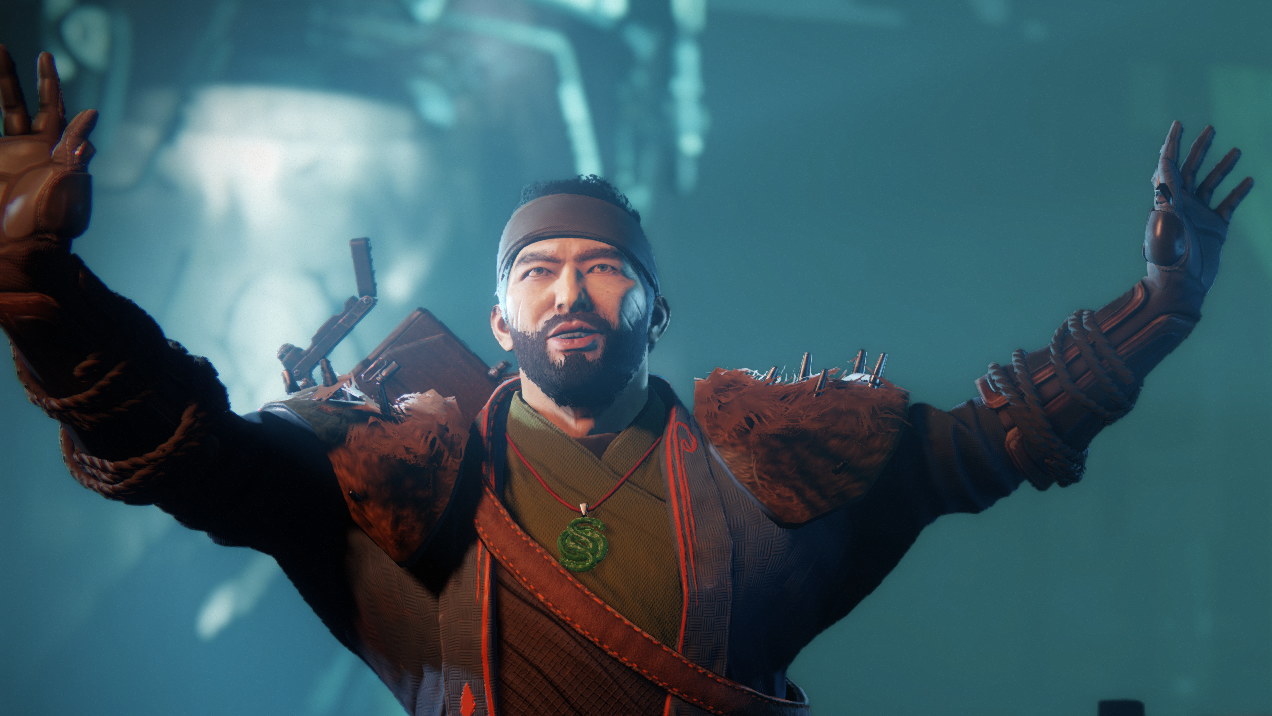 Smith announced that Faction Rallies will not return but their armour and some weapons will enter the Legendary engram pool in Season 10. I started Destiny 2 after Faction Rallies ended so I look forward to getting that cool clobber. I hope we can get those Faction shaders too.

And he admits Bungie done goofed with the new player experience for New Light, the free-to-play launch. Right now, players go through a short mission then are dumped into the same experience as players who've done everything. The three free story campaigns are hidden on an NPC in an out-of-the-way area, and that is mind-bogglingly daft.

"We dramatically underestimated how many new Guardians would wake up on the Cosmodrome," Smith said. "We're going to improve the New Light entry this fall and flesh the starting experience in Destiny out."

Good. I'd hesitate to recommend Destiny 2 to someone unless I was willing to walk them through the current post-intro abandonment.

Smith says so much more in his full post but my own post here has blown past 1000 words so I need to stop. Bear in mind that everything he talks about is just an idea which could change or be abandoned, yeah? And evidently the plans Bungie had for the ongoing run didn't pan out. Do also note these plans are for past the end of the current run of seasons - of which we still have two more to go.

The next season of Destiny 2 is Season Of The Unworthy, starting March 13th. Bungie formally announced it overnight with a brief video confirming the return of Trials Of Osiris, a serious endgame 3v3 PvP mode. We don't know much about the season but Bungie have said Fighting Lion is getting buffed so hell, I'm happy.