Although Diablo 4 doesn't have so much as a planned release window, Blizzard are continuing to lay out bits of development on the table for players to get a gander at while the studio iterate on the game. In the latest quarterly update, Blizzard are responding to player feedback on earlier updates with some proposed changes to skills, gear, and legendary items. They're also showing off a bit of the Sorceress class's special enchanting skill system.

On equippable items, Blizzard say they've found that the currently in-development system of carrying around items with those new Ancestral, Demonic, and Angelic properties involved too much faffing about for too few gains. "It felt like an excessive amount of bookkeeping for the player," they say, adding that they're currently iterating on managing gear stats but will share more later. Sounds alright, as I'd sure hate for Diablo to have ditched inventory Tetris only to beguile me with gear tedium of a new variety.

Skill unlocking is getting a rework as well. "Skill system progression felt too simple, which created issues where a player would have no meaningful reason to spend their skill points," Blizzard say.

For that, they've planted a big ol' tree full of skill branches for you to climb. Up top you'll spend skill points to unlock active skills, skill effects, and Passive Points. The latter you can spend down in the roots section to unlock abilities tied more to your character than their skills. Blizzard say that you'll not come close to filling out the entire skill tree by the time you reach max level. At present, they're aiming for players to unlock about 30-40% of the available options for an endgame character so that each player's build is distinct. 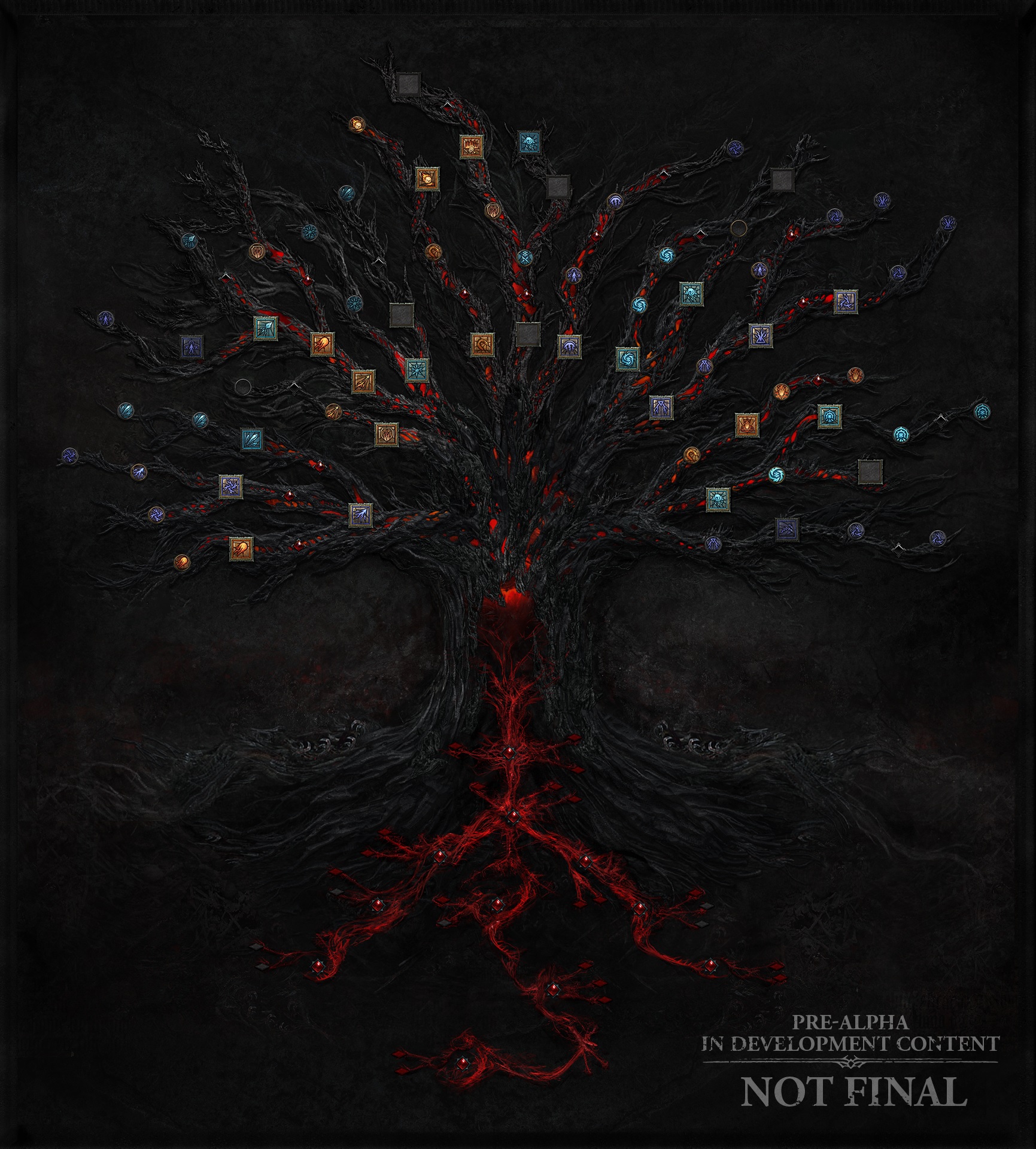 As another route of build customisation, the Sorceress class will have a system called enchantment that allows them to use skills either as active abilities or as powerful modifiers. They mention the Sorceress's Meteor skill as an example. "Meteor allows you to call a fiery chunk of rock from the sky. If you choose to slot it as an Enchantment, you won’t be able to control your Meteors, but they’ll fall onto enemies periodically." I, for one, would be happy to run around as a living meteor magnet. Blizzard have previously mentioned the Barbarian class's Arsenal system and say that they're exploring possibilities for a unique Druid system as well.

You can read more about all these development changes in Blizzard's September quarterly update. In their quarterly post from February, Blizzard talked about UI design and monster families. They discussed world design and multiplayer in their June update. As with past updates, everything in this new post is still subject to change as Blizzard continue development on Diablo 4.