The sixth mission in Doom Eternal has the most collectables hidden within. On top of that, there are the usual secret encounters, lot of enemies to kill, and even some challenges to finish. This is going to be a long one, so strap yourself in and let's get started.

The sixth mission of Doom Eternal has a jaw-dropping 25 collectable items. You'll also need to find the various secret encounter locations and the Slayer Key, so it's no mean feat to get everything.

As always, it's worth noting that getting to the end of the mission enables Fast Travel so you can pick up collectables that you missed. The automap also helps here and the location of the full automap is on the way to the first cannon. You’ll begin ascending to the top of a building where lots of enemies come through the glass. The automap is just up some stairs about halfway up.

Here are the locations of the collectables hidden in the sixth mission of Doom Eternal.

While the next mission has fewer collectables to find, there's still an awful lot of them. To make sure you don't miss out on any of them, have a look at our guides for all the other collectables in Doom Eternal: 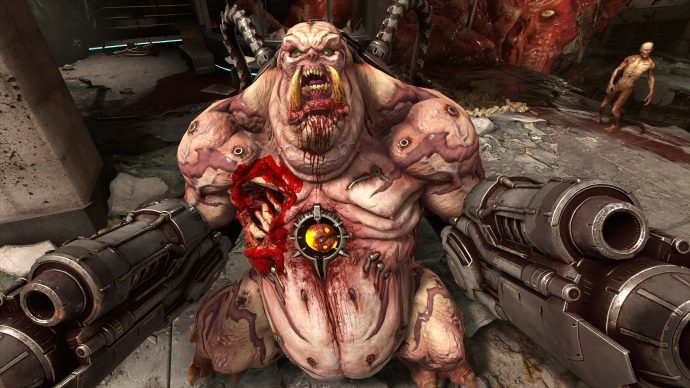