All along the fourth mission of Doom Eternal, you will see a Doom Hunter being constructed. A rather ominous prospect and with good reason, as at the end of the level is a boss fight. However, this is not the only thing you can find here as there are quite a few collectable items to seek.

This mission of Doom Eternal has 16 collectable secrets to be found. You only need to wade through the regular enemies and find the collectables here though, as there are no secret encounters or Slayer Keys here. Instead it has a boss at the end that you'll need to defeat.

As always, it's worth noting that at the end of the level, you'll unlock the ability to Fast Travel to specific points in the level. If you miss any collectables, that will be the time to find them unhindered. The Automap here is found after walking through the teleporter. Go through the door and turn right to find it.

Here are all of the locations for every hidden secret in the fourth mission. 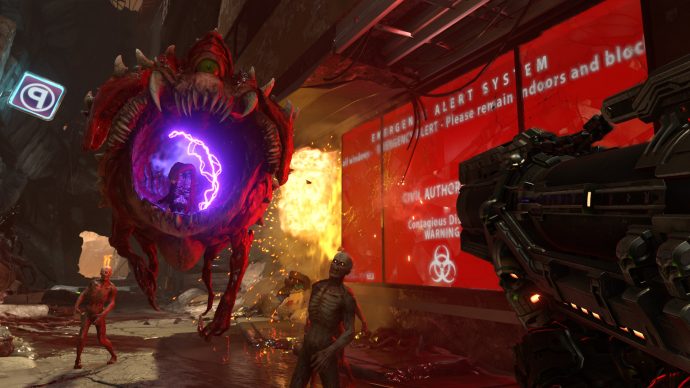 You'll find a boss at the end of this level which is worth a whopping five Weapon Points. This means there are no secret encounters or Slayer Keys to worry about in this level. They do return in the next level, so we'll explain where to find them and all the other collectables in the following guides: