Doom Eternal still is a very, very good shooter, though there are some key differences between this one and the one that came out in 2016. If you're still getting to grips with the game, I've listed my top tips for shooting all the demons and some stuff on exploring levels.

We even have all of the secrets and hidden collectables in their own guides, listed by every level. So let's get on with it shall we? Those demons aren't going to get rid of themselves.

Before we get to the tips, we need to talk about Marauders. These are by far the toughest enemies in the game. This is because they have a shield and are resistant to Super Weapon damage, that being the BFG 9000 and the like. The game says to shoot at it when its eyes glint a green colour as it swings with its axe. By far the most consistent strategy is to wait until he swings the axe, then fire two Super Shotgun blasts, then back off. Repeat this while dodging everything else to win the encounter. If there are any other enemies, deal with them first.

Keep a moderate distance away from the Marauder and shoot any orange wolves it generates with the Super Shotgun. If you're too close to the Marauder, it'll shoot its own Super Shotgun, while the axe beam slashes it fires if you're too far away are far easier to predict. If you need ammo, there's usually a zombie you can chop up with your chainsaw to get what you need. I recommend using the Super Shotgun's upgraded flame meat hook to burn them and get close, giving you some armour too. The Ballista is also a good alternative for damage, but it does take a long time to charge and may not give you enough times to react.

Combat tips - how to survive against the forces of hell

Exploration tips - how to find secrets in Doom Eternal levels 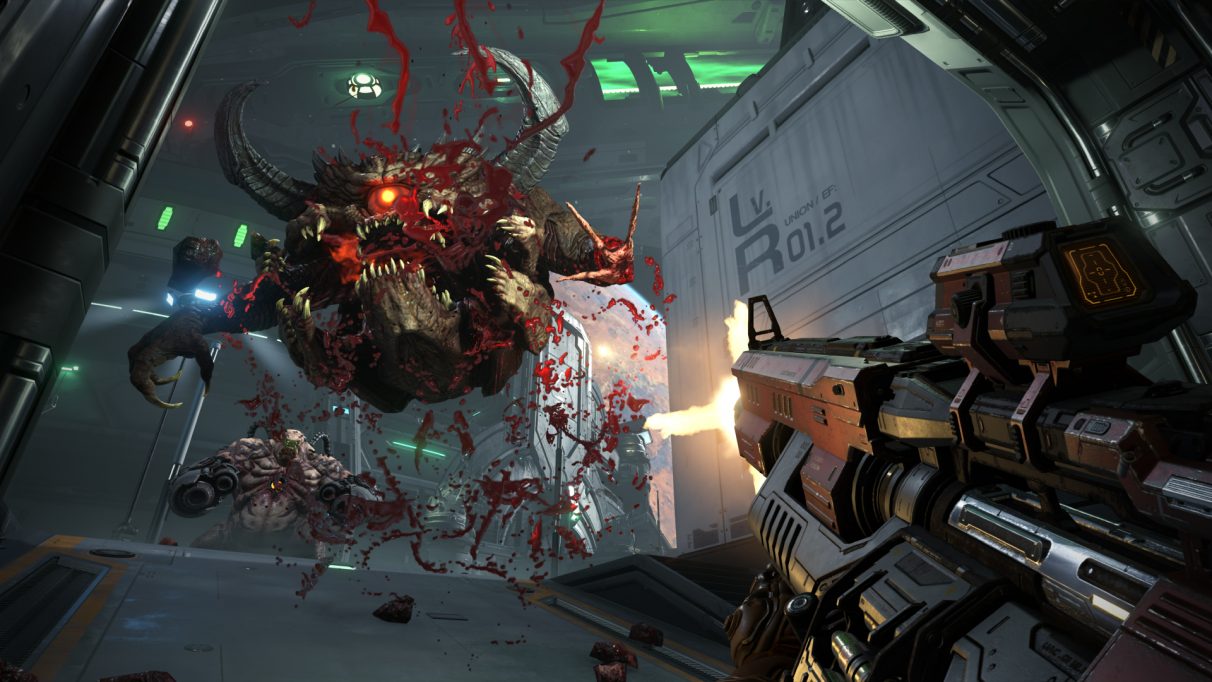