Dragon Ball was the hallmark of nearly every Thursday night when I was growing up, especially during the infamous run of Toonami on Cartoon Network. I never did keep up with the show’s evolving story, but I was always enamored by the way Goku and pals decimated the world around them as they fought at super Saiyan speed. And that’s the first thing that hit me when I jumped into Dragon Ball FighterZ - Cell flew directly into an asteroid behind him and blew it to bits after I landed a heavy kick directly to his gut. You beat up your opponent and watch the world crumble and collapse.

That moment was the precursor to so many fights that reminded me of those tired Thursday nights, avoiding homework by watching Piccolo stress out over the latest catastrophic disaster. It’s wild how well Dragon Ball can retain its intense vibe across mediums, and having someone beat me online didn't feel much different to watching Frieza beat on Krillin.

Arc System Works has managed to capture the complicated nature of Goku’s adventures and simplify the fighting systems found in previous games, boiling it all down into an incredibly clear and concise package. Taking the intimidating systems of the Guilty Gear franchise and combining them with the straightforward nature of something like Street Fighter, they've created a game that's easy to get into and just as easy to get destroyed in online if you don’t carefully consider your strategy and the attributes of each character. 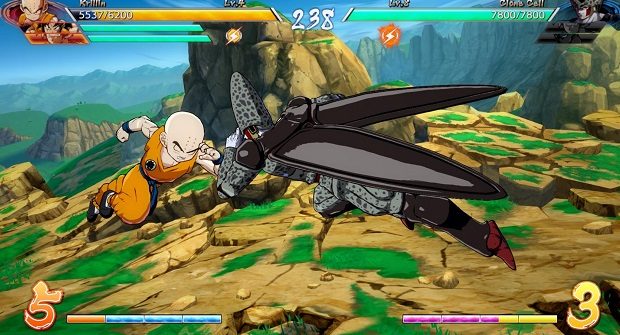 The core 3 vs 3 tag team matches run at an incredibly fast pace, but felt just right once I actually got into the thick of the action. The meat of the combat lies in light and heavy hits that can be leveraged into both “auto combos”, composed of light attacks that are easy for new players to tackle, and more intricate combinations that veteran players will be able to dig into and design their playstyle around.

The depth of FighterZ comes from the timing and memorization required around its systems. Blocks rely on the timing of directional input against the opponents attack, combo cancellations depend far more on counters rather than on taking advantage of small openings. It's a fighting system that allows you to rely on instinct once you've mastered the basics, with attack and defense both flowing together as extensions of positioning and movement. That said, while the cinematic nature of some combos makes matches feel different than any other fighter, they do have a tendency to interrupt the flow of a match at times. 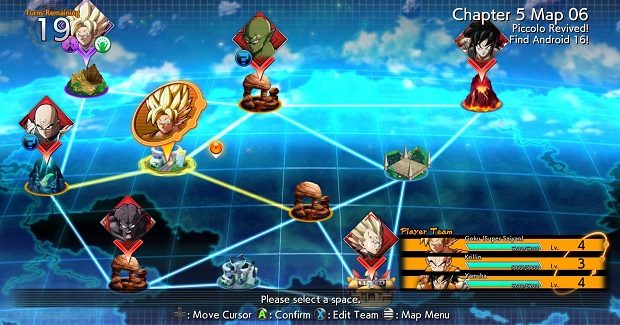 Despite the extravagance of the visuals, nothing really feels overpowered or incredibly unbalanced, especially as a new player. It's easy enough to escape when you're pinned to the side of a level and powerful combos are easy to pull off, but getting used to the aerial nature of more advanced strategies, and learning more block breakers prevented me from feeling accomplished. There was a huge drop off in my enjoyment when I played against someone slightly more experienced in the genre, whereas my matches against other beginners were incredible.

Even during the tough times, FighterZ is a delight to watch. Every match is scattered with bits of flare that feel like they came straight from the show, new fighters come in and dramatically clash with the other player and combos take on different camera angles without snatching control away from you. Even in the move to 3D, the stylised art retains the look of the animation that the show made me fall in love with.

Smooth, flowing combat, a system that is easy to grasp but has depths to master, and fantastic visuals. It all sounds good, doesn't it? If only playing online wasn't such a mixed bag. The online match quality itself has been relatively smooth and the delay-based netcode has worked when playing regional matches; even if I’ve run into some disconnects I haven’t had many issues with lag. 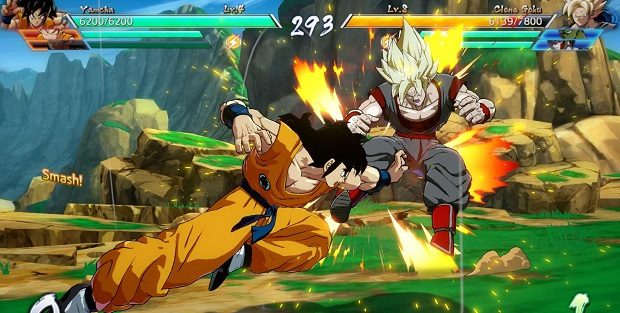 The problems with online play are the lobby structure, matchmaking, and attempting to play with friends. Some of these elements can definitely be a nuisance. From the day the game launched, to a week later, finding someone to play against online can be time-consuming. The lobby system is overcrowded, considering there weren’t enough open servers to meet the demand. It seems clear that Bandai Namco was not ready for this much excitement about a fighting game on PC.

Walking around in the cutesy little campus that stands in for a general lobby quickly exposed the game's inability to make finding a game simple and efficient. Each lobby I tried to join either had no room open, was looking for players far more advanced than me, or was private. And simply trying to jump into a game against someone random rarely led to an actual match. At least the little customizations you have are enjoyable - you unlock little avatars and custom options for player cards through in-game loot box-like Z-Capsules that are purchased with currency earned across all modes. 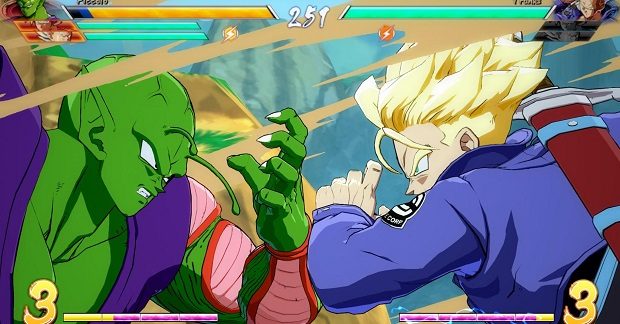 It's impossible to say whether these online woes will be corrected, especially at the matchmaking and lobby level. Playing online for the last week has been increasingly frustrating, especially considering how much fun the arcade mode has been. There is a significant single player component, but it's not without problems of its own.

If you’re one of those individuals who enjoys chopping wood alone in fighting games, then you’ll have plenty of lumber to get through. Unfortunately, none of the single player modes are particularly engaging; FighterZ has a bulky arcade mode, single player story, and practice mode. They all boil down to the same thing, but provide an ample challenge before jumping online to a far more difficult fight.

For the single player adventure, FighterZ takes on a different narrative than anything found in the show or manga, although it's still very anime-esque. Goku finds himself controlled by some sort of unknown spirit that turns out to be you, the player, and that ends up being the explanation behind why only one character can fight at a time. You then move around on a board, taking on clones of popular Dragon Ball characters and saving the real versions in order to add them to your team. It’s a fun way to get into the spirit of the game but ends up becoming repetitive quite quickly.

Problems with lobbies and repetitive modes aside, Dragon Ball FighterZ is everything I want out of a Dragon Ball fighting game. It's colourful, kinetic and full of character. Struggling through the matchmaking noise has been worth it to actually fight as my main man Goku, and throwing a Kamehameha has never felt better, but there's still work to be done to give the excellent core of the game the wider structure that it deserves.

Dragon Ball FighterZ is out now for Windows and is available via Steam for £44.99.