Elden Ring is a collaboration between From Software and George R.R. Martin and aside from the single trailer, there is very little to go on. Bandai Namco will be publishing the game, much like they did the Dark Souls games, and from what we have seen of the trailer, it certainly fits the mold of a Dark Souls like game. So to that end, we will be collating all of the details for Elden Ring up until it is released. 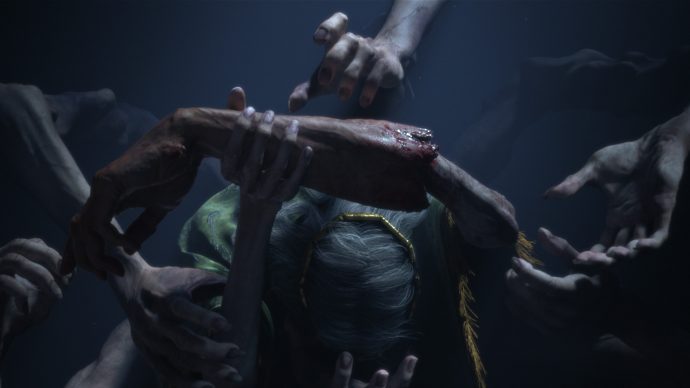 Currently we do not know the release date for Elden Ring, but we can work it out based off previous From Software games release windows. The Dark Souls games, except the first one for obvious reasons, tended to release within the first quarter of their respective years, and this includes PlayStation 4 exclusive Bloodborne. There's also a question of whether or not the release of the PC version will be staggered, since Sekiro: Shadows Die Twice was released on the same day on every platform. We'll bring you a confirmation as soon as we know anything concrete, but the very earliest we can expect it is Q1 2020.

Revealed during Microsoft's E3 2019 press conference, the trailer shows a lot of hands, as well as one person's arm inside another person's arm, which twitches after a while. It seems to be going back to a dark fantasy as we see characters donning massive armour and attaching a false arm to themselves. Incidentally, there's a person forging who is breaking apart with every swing of the hammer, and the knight at the beginning of the trailer is later seen emitting light. So all I can gleam from this is that it's combining one key thing of Sekiro, and a lot of Dark Souls.

An interview went up on Microsoft's Xbox blog (Thanks to the user "slug camargo" for pointing this one out in the comments) shortly after the E3 trailer was revealed with the game's director - Hidetaka Miyazaki, in which he shared a few details about the game.

Shortly after the finale of the Game of Thrones TV show, there was a blog post from George R.R. Martin which mostly covered his thoughts over the finale. The line that had the gaming internet wildly speculating was when he began to talk about his plans for the future:

And me? I’m still here, and I’m still busy. As a producer, I’ve got five shows in development at HBO (some having nothing whatsoever to do with the world of Westeros), two at Hulu, one on the History Channel. I’m involved with a number of feature projects, some based upon my own stories and books, some on material created by others. There are these short films I am hoping to make, adaptations of classic stories by one of the most brilliant, quirky, and original writers our genre has ever produced. I’ve consulted on a video game out of Japan. And then there’s Meow Wolf…

And that's all we know about Elden Ring so far. As the months pass, we will be keeping track of any updates, such as in-game footage of just how it plays and any news of a release date, so do check back soon.