When you think of it, it's kinda shocking how little experience you need to get behind the wheel of a spaceship these days. I don't remember Frontier ever issuing driving licenses, and it shows. Rich kids slamming into the walls of space stations, speeding into black holes. No wonder warp-heads keep going on five-month trips across the galaxy - it's the only way to avoid getting into a trillion-pound rear-enders. Not to worry. Getting into the cockpit should be a little less daunting starting today, with Elite Dangerous's New Starter Experience.

Frontier executive producer Adam Woods and community manager Will Flanagan showed off the new ropes during a livestream last week for this month's update, which you can catch below at the 12-minute mark.

The fully localised and voice-acted New Starter Experience should make plunging into the Milky Way a little easier. Driving instructor Theo Acosta has arrived to guide you through the launch and piloting of a Sidewinder, Elite's chunky dorito of a starter ship, without even charging you fifty quid a session. His lessons also cover generally useful things like scanning, hyperdrives, docking and combat. It's startlingly hand-holdy for a game that's notorious for dropping you in the deep end, but ultimately it's probably quite useful.

What it doesn't cover is finding the best podcasts for killing hours spent on a 20,000 light-year trip across the galaxy for cool screenshots. For shame.

"Ultimately, it's because we want more players to enjoy the world that we - and current players - have created together," Flanagan explained. "We do understand the complexity and the richness and the depth can be quite daunting, so we try to toe the line not to hand-hold too much, but at the same time there are some basic fundamentals that everyone could do with knowing."

The New Starter Experience will also be dropped into the training simulations list for existing players. Handy if you've taken a break from space and forgotten how to deploy landing gear. 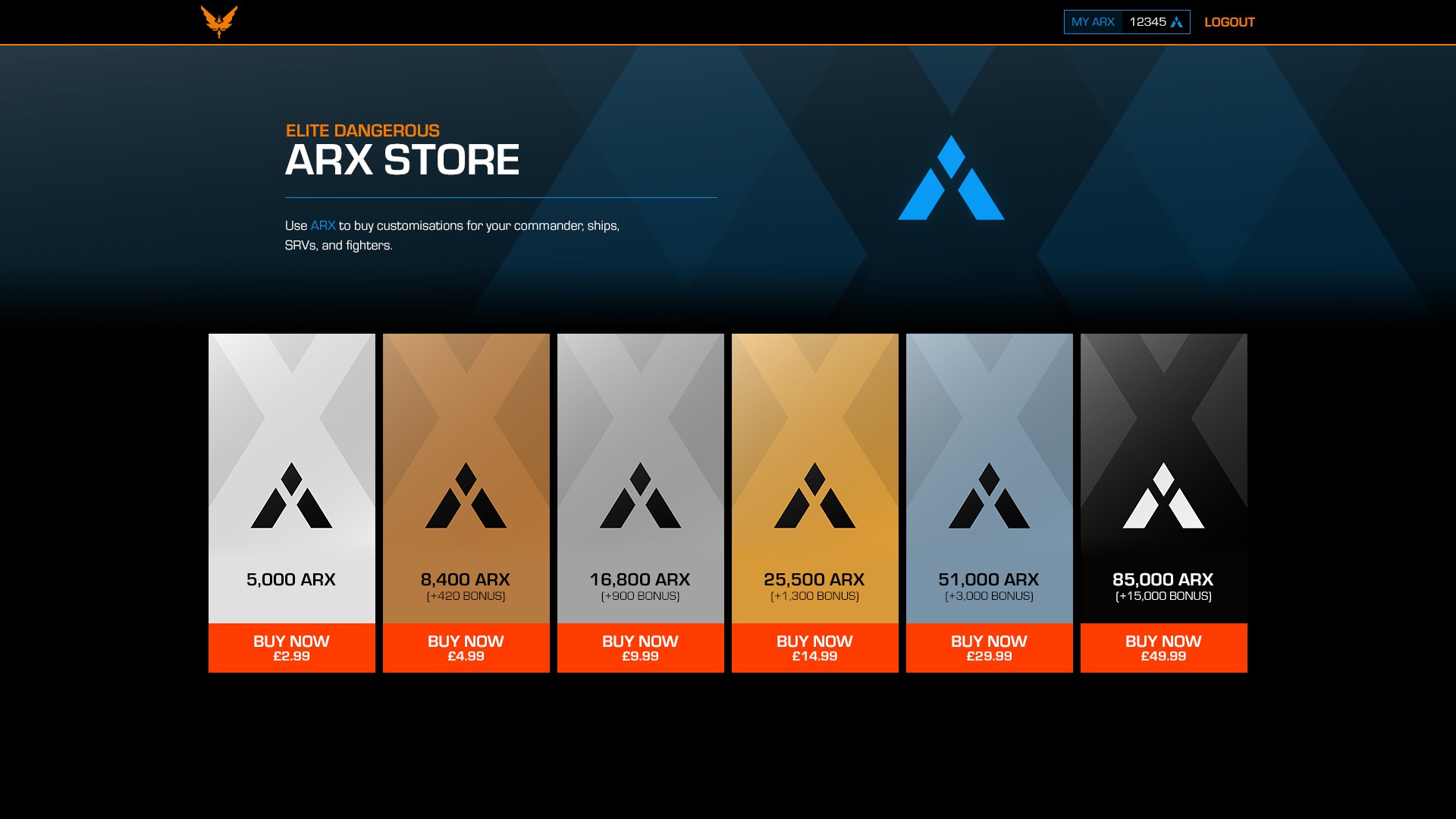 This month's update also adds a new premium currency for buying cosmetic outfits, ship parts and paint jobs, Arx. These space-bucks replace straight-up cash purchases for Elite extras and do that annoying premium currency thing where you can only buy it in bulk, never in exactly the amount you need.

Frontier have also overhauled their Livery system for ship paint-jobs. If you've gone and bought a nice banana yellow for your fighter, you can apply it there and then in deep space - no more waiting hours to find a station to apply your purchase. There's a host of minor changes as usual, with the full rundown available over in the patch notes.