It's been three years of guns shooting bullets at bullets shooting guns which shoot bullets, and Dodge Roll Games are finally ready to put their bullet hell roguelike Enter The Gungeon to bed. On April 5th, the game's third anniversary, they're rolling out one final free expansion-ish update to the game, called A Farewell To Arms. It's adding two new playable characters, a new secret floor (and corresponding boss), new features and of course a pile of new guns and items to play around with. It will also include the "community-inspired" Rainbow mode.

Update: More info on Rainbow Mode below - confusingly, it doesn't have anything to do with the popular mod of the same name.

Right now there's limited info on the new area, guns or secret floor (although the screenshots released so far are intriguing), but we do at least know the names of the final two Gungeoneers: The Paradox and The Gunslinger. The former appears to be a warped version of The Pilot, and I'm hazarding a guess that he's going to have unpredictable perks and start out with random items. As for The Gunslinger, I can only imagine that they're very powerful, considering that this is a whole world of guns to be slung.  Building further on the Advanced Gungeons And Draguns update, they also aim to make the player feel "more powerful, more often" with the new changes. 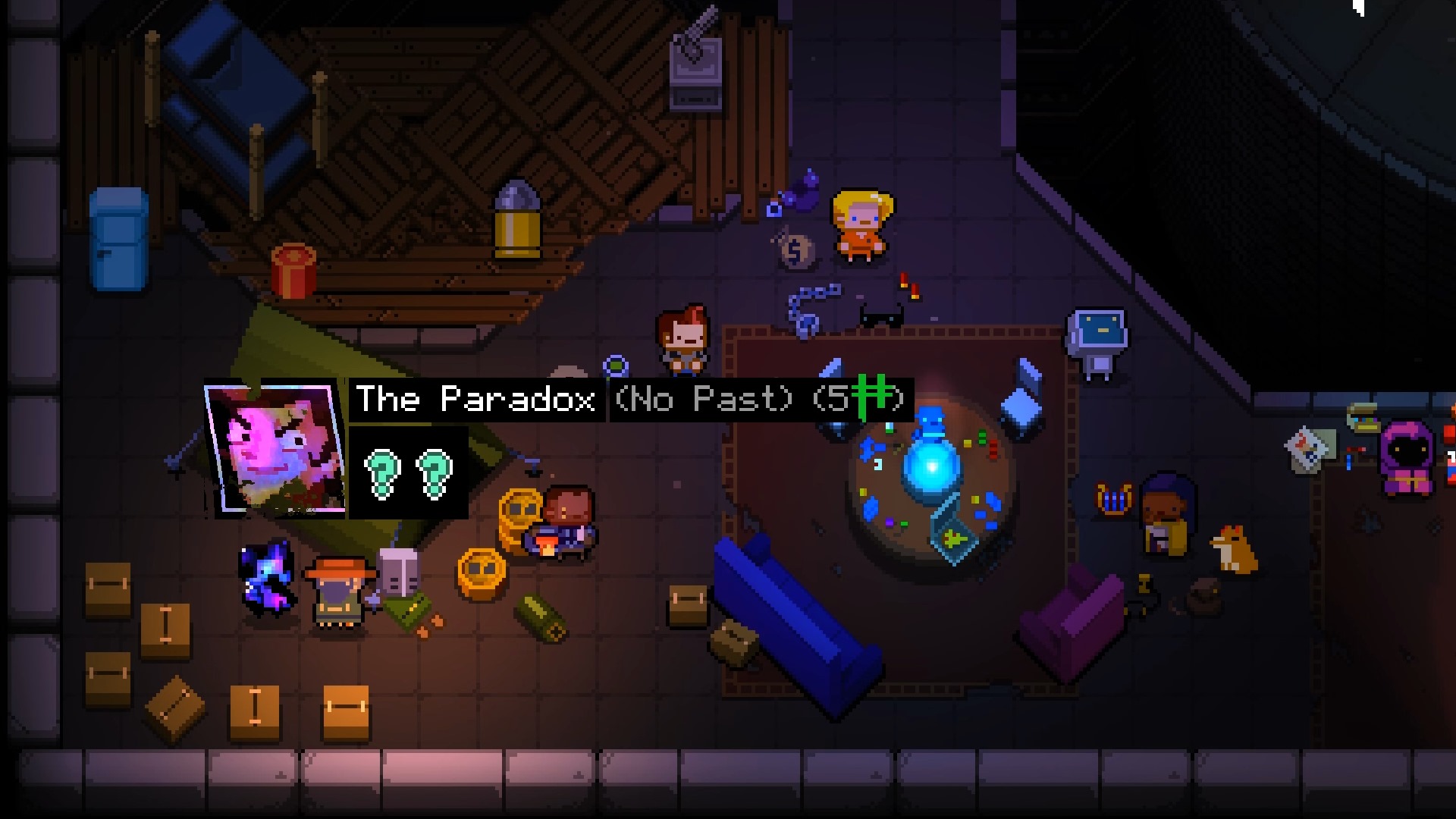 Despite sharing a name with this challenge mode mod which paints enemies in cycling, garish rainbow colours, doubles enemy and bullet speed and halves enemy health, the Rainbow Mode in the coming update is very different. Per the PlayStation Blog, players will find a Rainbow chest at the start of each floor, from which you can pick just one gun and item. You'll have to make them last, as those are the only items you'll see, with none of the usual loot and shops along the way. Not quite as thrilling as thousand-mile-an-hour bullets, but probably a little less intimidating too.

Enter The Gungeon will also be making an appearance at Rezzed on April 4th-6th, so if you're down at Tobacco Dock, you might get a chance to play the new update early. Enter The Gungeon is available on Steam, GOG and Humble for £11/€15/$15. It's published by Devolver.